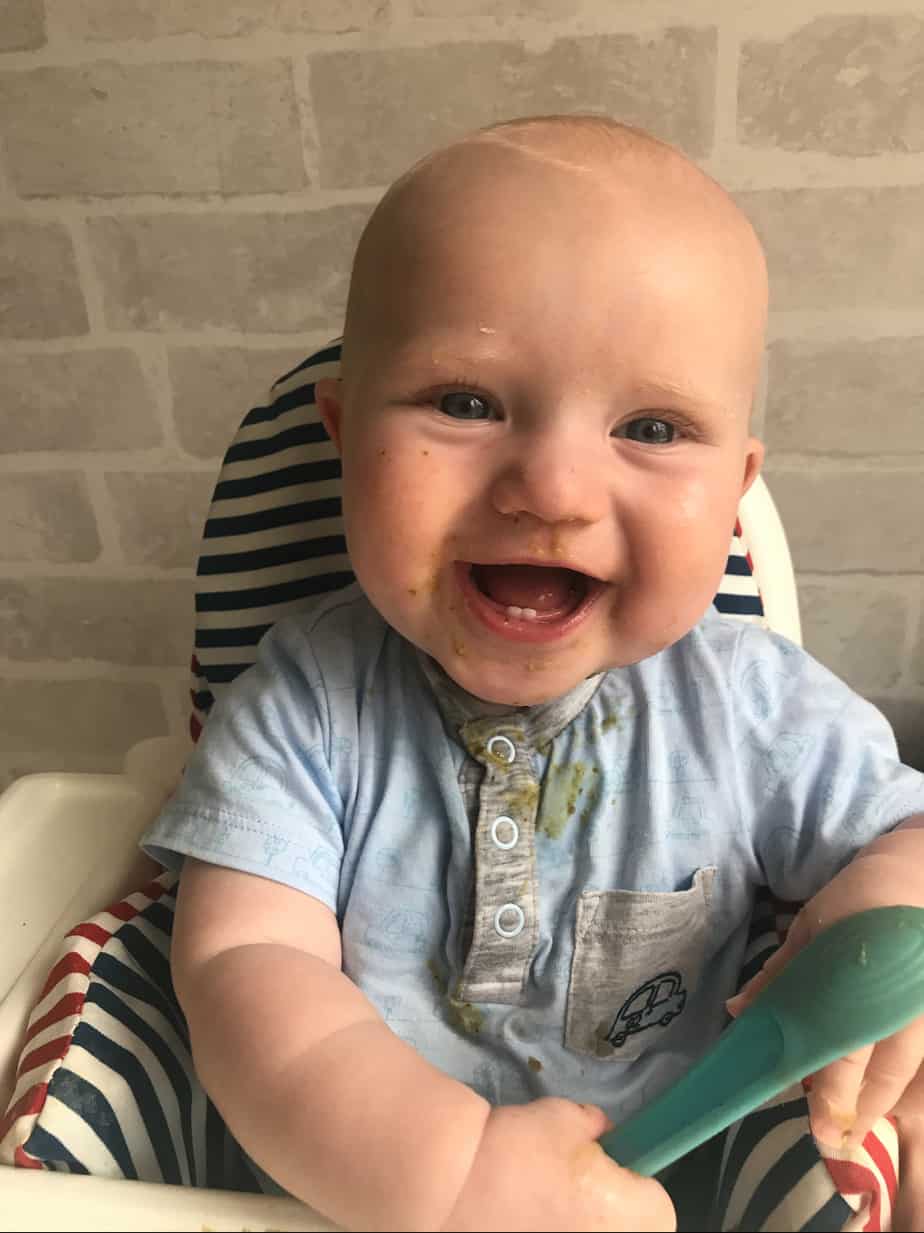 I only really understood about baby led weaning third time round – I know where had I been?!  But what I didn’t realise was that both my first and second were being baby led, I just didn’t know there was an official name for it.

All three of my children were weaned around the 5/6 month mark.  All were showing signs they were ready – staring at food when we ate, reaching for food of our plates, opening and closing their mouths and sitting up unaided.  Whilst I did feed all three purees on some occasion, especially more so around the 5/6 month mark, I also gave them finger foods.

With baby K, he had finger foods from the get go – he was a hungry boy!  As always, I would be super nervous when he ate finger foods and I would be TERRIFIED he would choke. I would sit right by him and watch and watch, having my hand ready to pull out whatever food he was eating/sucking on.

As well as eating some puree foods, I offered K a variety of finger foods that I felt he could manage at that time.  Some first finger foods included:

I avoided any hard foods that could easily snap or be bitten which couldn’t be squished by little fingers.  I found cutting food into stripes made it easier for him to hold and either suck or chew one end whilst holding the other.

Whilst I did find it difficult at times with the Mama nerves (!), I did love watching all three of them eat finger foods – it is almost rewarding watching them grasping the different types of food on their tray and trying new foods for the first time – proud moments! 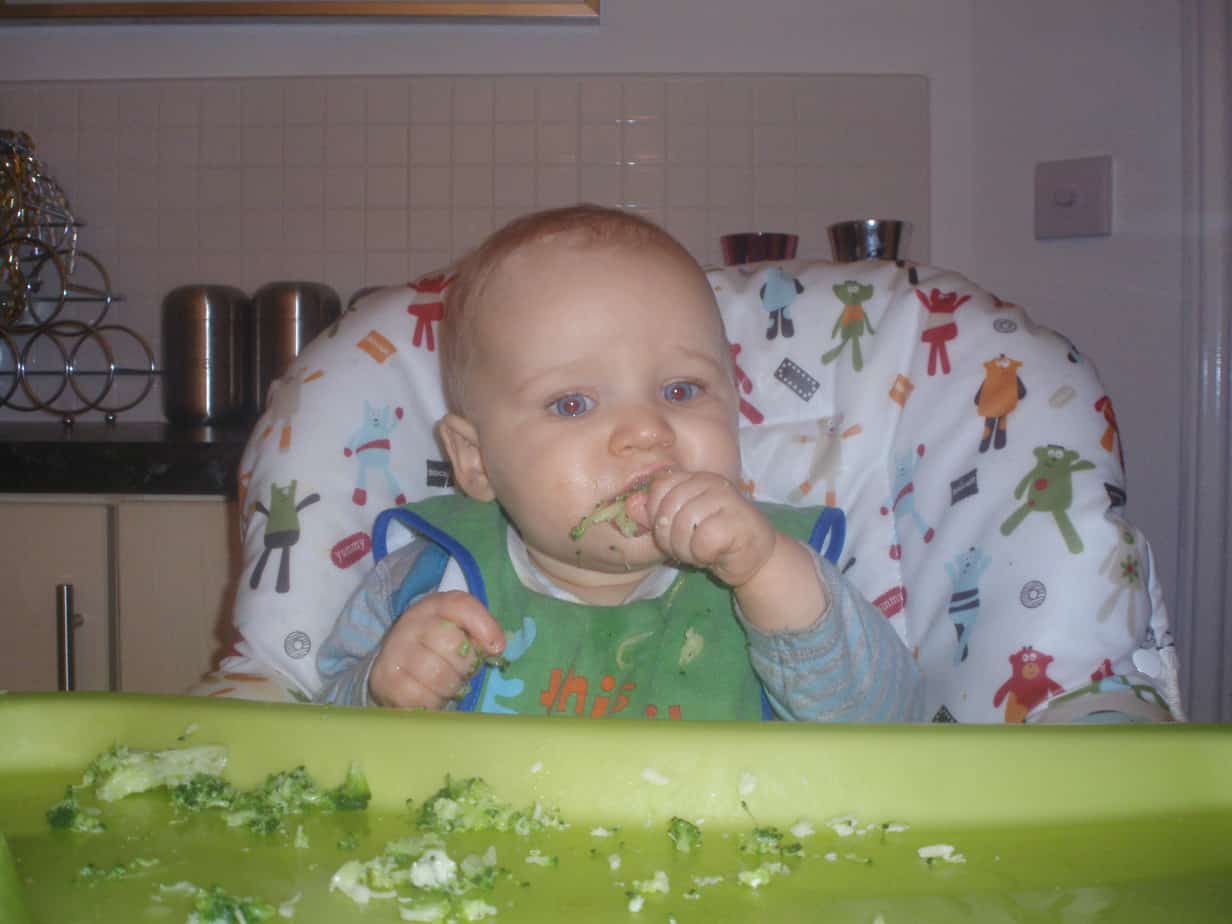 My son B enjoying some broccoli finger food 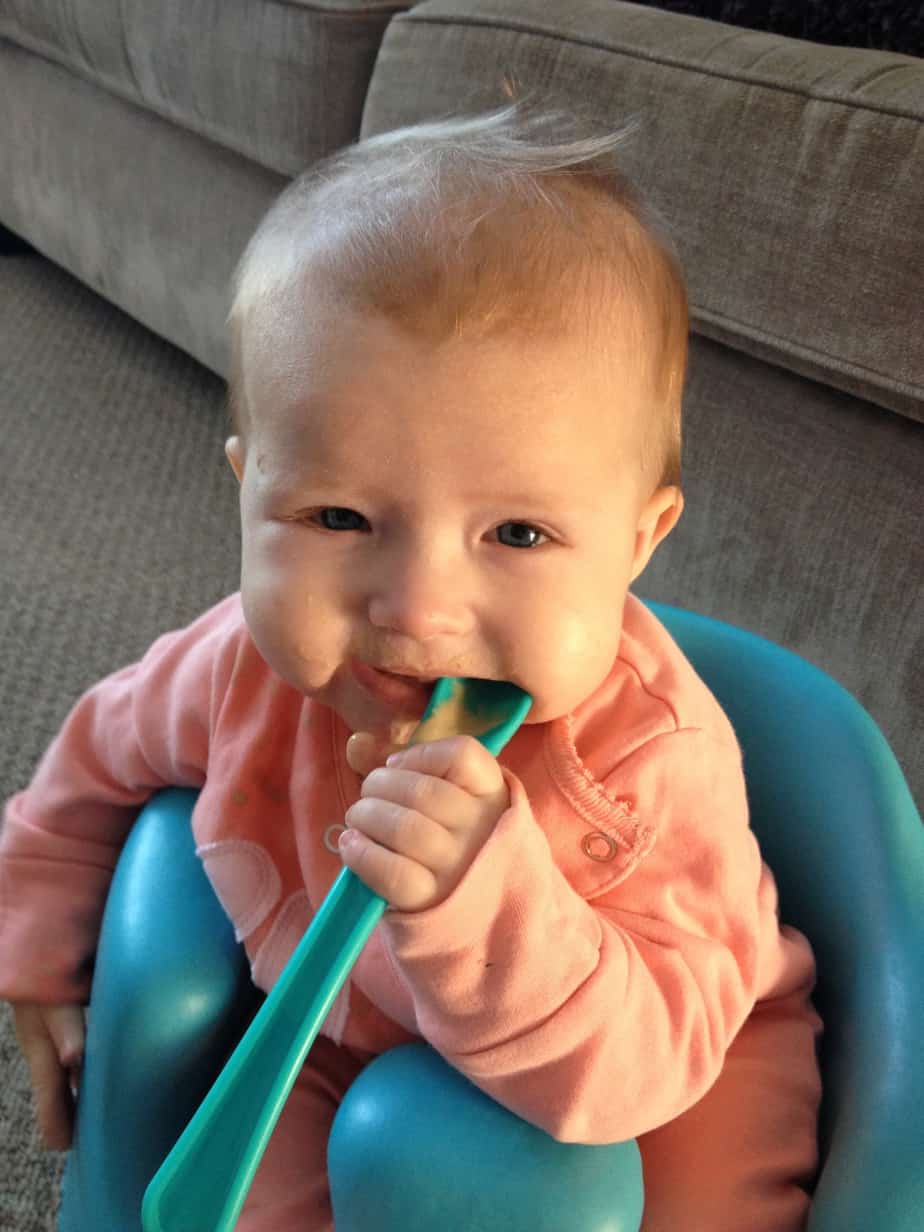 W chewing on a spoon getting to ‘grips’

Despite my worries of choking, I felt the best way to be prepared is to know what to do if any of my children did choke.  Whilst I have pediatric first aid training because of my job, I also decided to downloaded the St Johns Ambulance app on my phone too so I could remind myself (and others) of what the correct procedure is when a child is under the age of 12 months and over the age of 12 months as they do differ.

I have become more confident over the years and do find that whatever B and W are having for dinner, baby K gets it too!  The other day he enjoyed chicken tikka masala! That was fun! 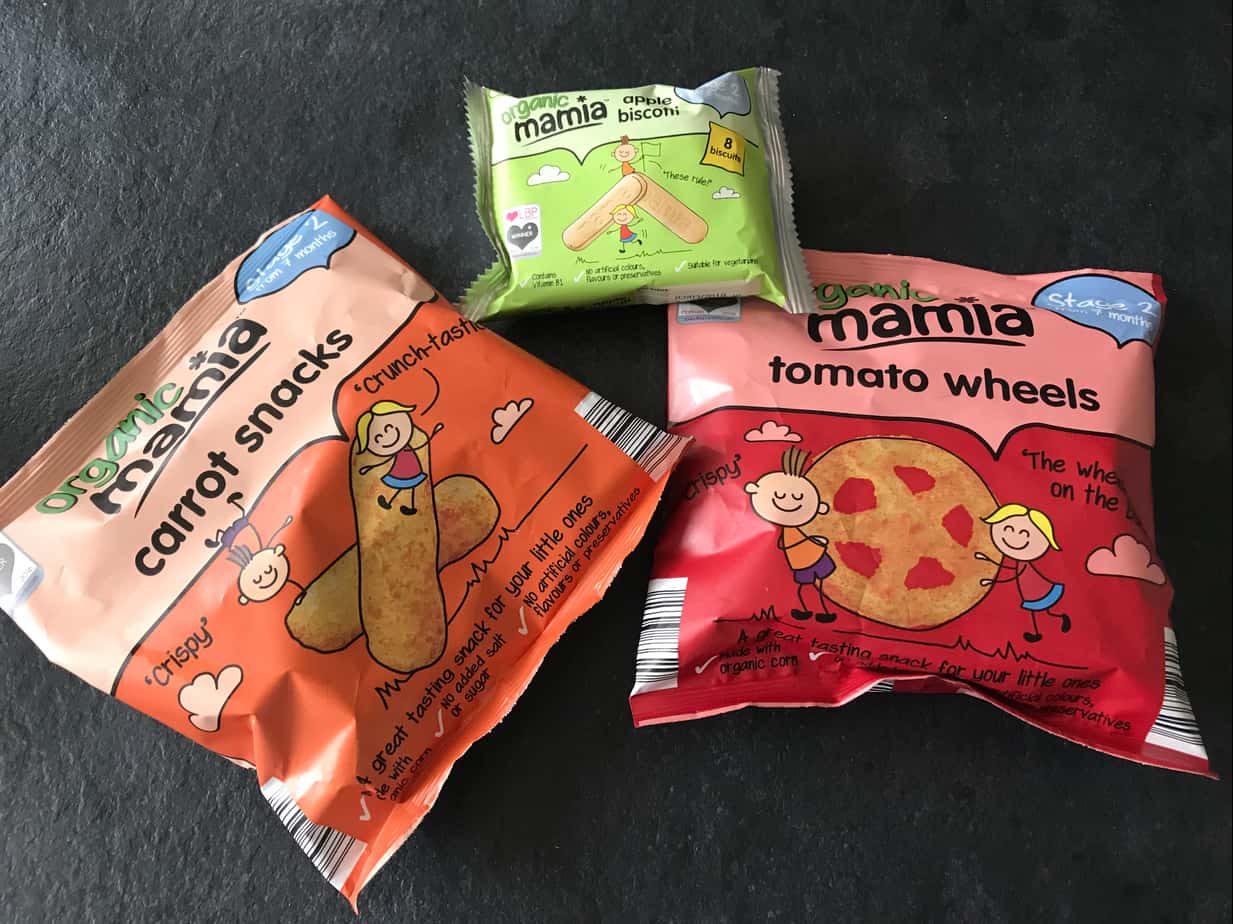 Crisps and biscuits for baby weaning

My advice to anyone that’s about to start baby led weaning or is in the process, is to relax first of all.  Be advised of what to do if your child does choke by downloading the app or do a pediatric first aid course.  Remember to cut food into a shape that your little one can hold and it be soft to mush in their hands and not hard so it will snap  .And have fun experimenting with new foods and flavours!

I am by no means an expert but sharing advice and ideas from my experiences to help others.  If you are considering pouches and different baby food, read Life As Mrs D review on Mamia.

What are everyone else experiences of finger foods for their little ones?

Back to school checklist and tips