Around 6 months ago, Birmingham welcomed a new addition to the city in the shape of Legoland Discovery Centre.  I just love family days out, especially in and around Birmingham as we live so close by.  And it’s great to see our city we live in develop and add new family attractions to it’s already fabulous mix such as SeaLife Centre, which is only a 2 minute walk away.

Legoland Discovery Centre Birmingham is part of Merlin Entertainment groups which include other attractions such as Shrek’s Adventure, Warwick Castle and Alton Towers.  We have visited many of the Merlin Attractions over the years, so I was super excited to visit and check out what all the excitement was about.  My kids love Lego, but I think I am the biggest Lego fan in our family!  I think it’s a great fun activity to do together and is really creative, and doesn’t really involve any dirty mess like painting or felt tips can cause! 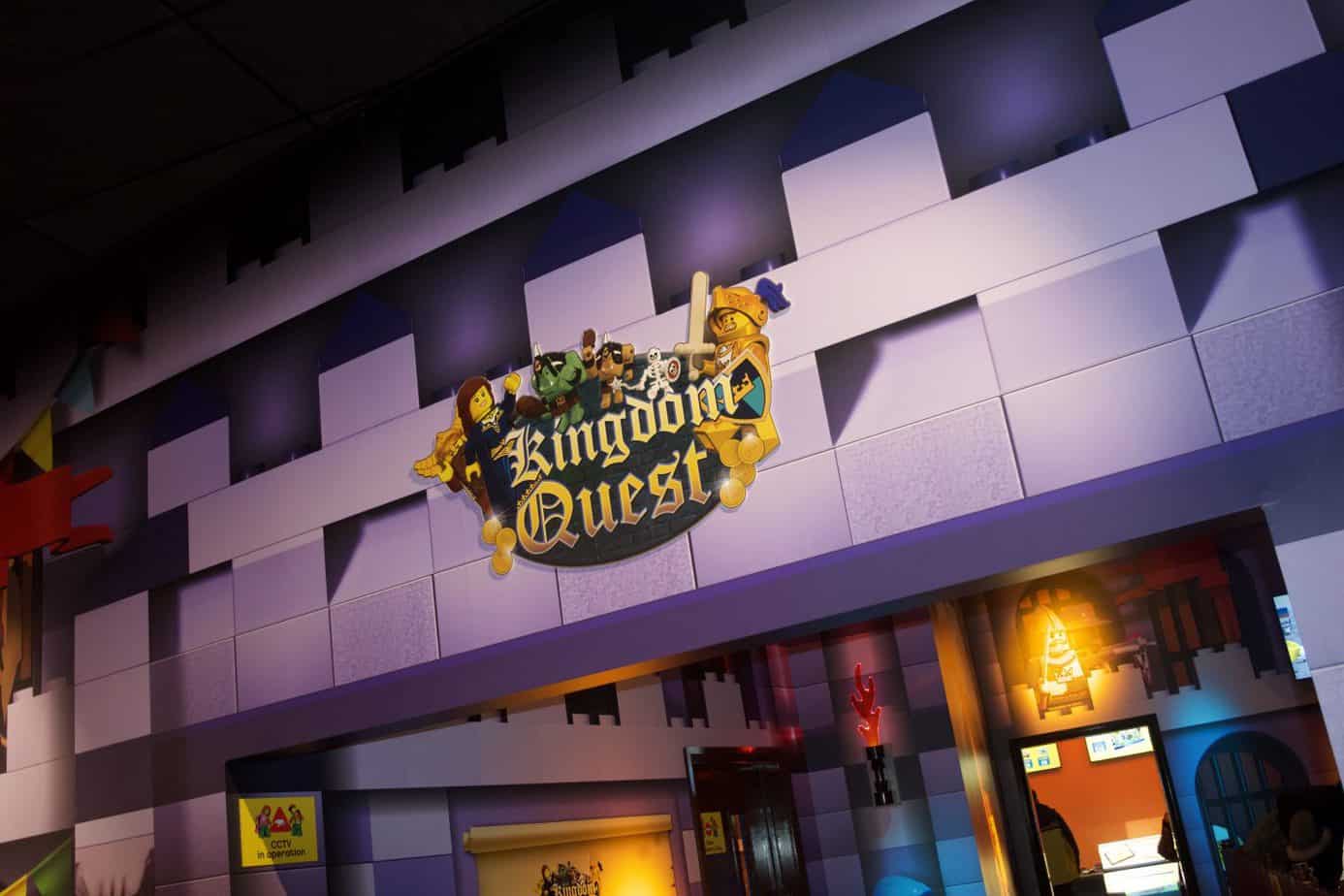 When arriving at Legoland Discovery Centre Birmingham, you are instantly hit with the Lego ‘bug’.  There is Lego everywhere in the reception, from flying planes to interactive Lego walls.  You then get taken down in a lift to your first Lego experience, which is Kingdom Quest: a laser tag quest ride.  We waited for about 7-8 minutes in the ride queue which went super quick due to the two TV’s showing a short story of what is happening prior to entering the ride.  The ride is a lot of fun and very similar to Buzz Lightyear at Disneyland Paris.  You get given a laser blaster and you move along the ride having to blast the bad Lego enemies, the whole time recording your score!

Following on from the ride, you move onto the MINILAND attraction, showcasing some of Birmingham’s’ biggest landmarks and attractions.  This was not only great for the kids, but also really insightful and interesting for us born and bred brummies!  I loved looking around and seeing sentimental attractions made out of lego, such as The University of Birmingham.  During the MINILAND attraction, 1.5 million Lego bricks and pieces were used to create such detailed iconic landmarks.  Such include Birmingham’s Mailbox, Edgbaston Cricket Ground and the NEC.  Some of the landmarks are interactive which the kids loved. You can move the Lego boats across the river and even play a game of football!  During this attraction, the room switches from day to night – it is pretty impressive to see it all lit up with fireworks! 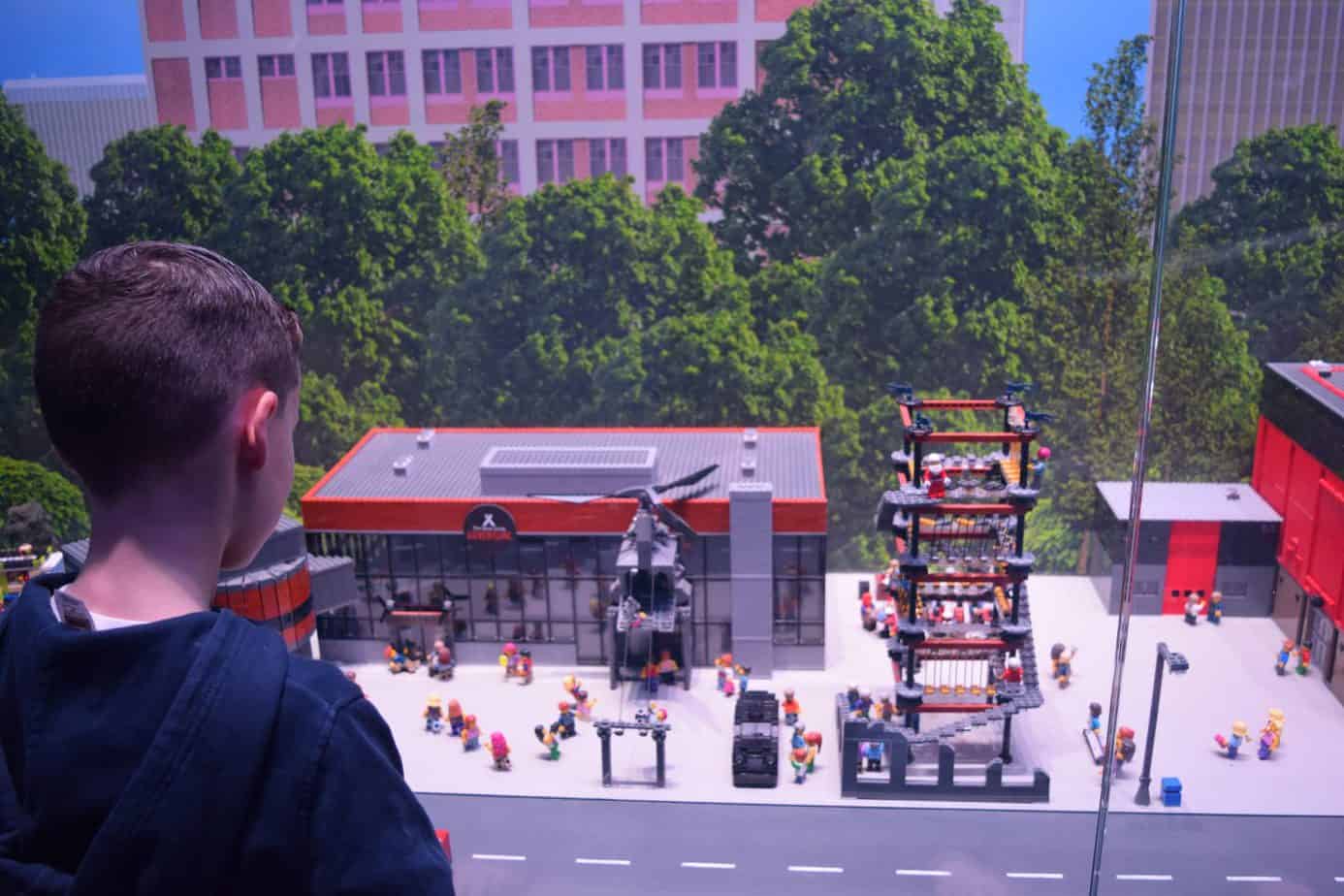 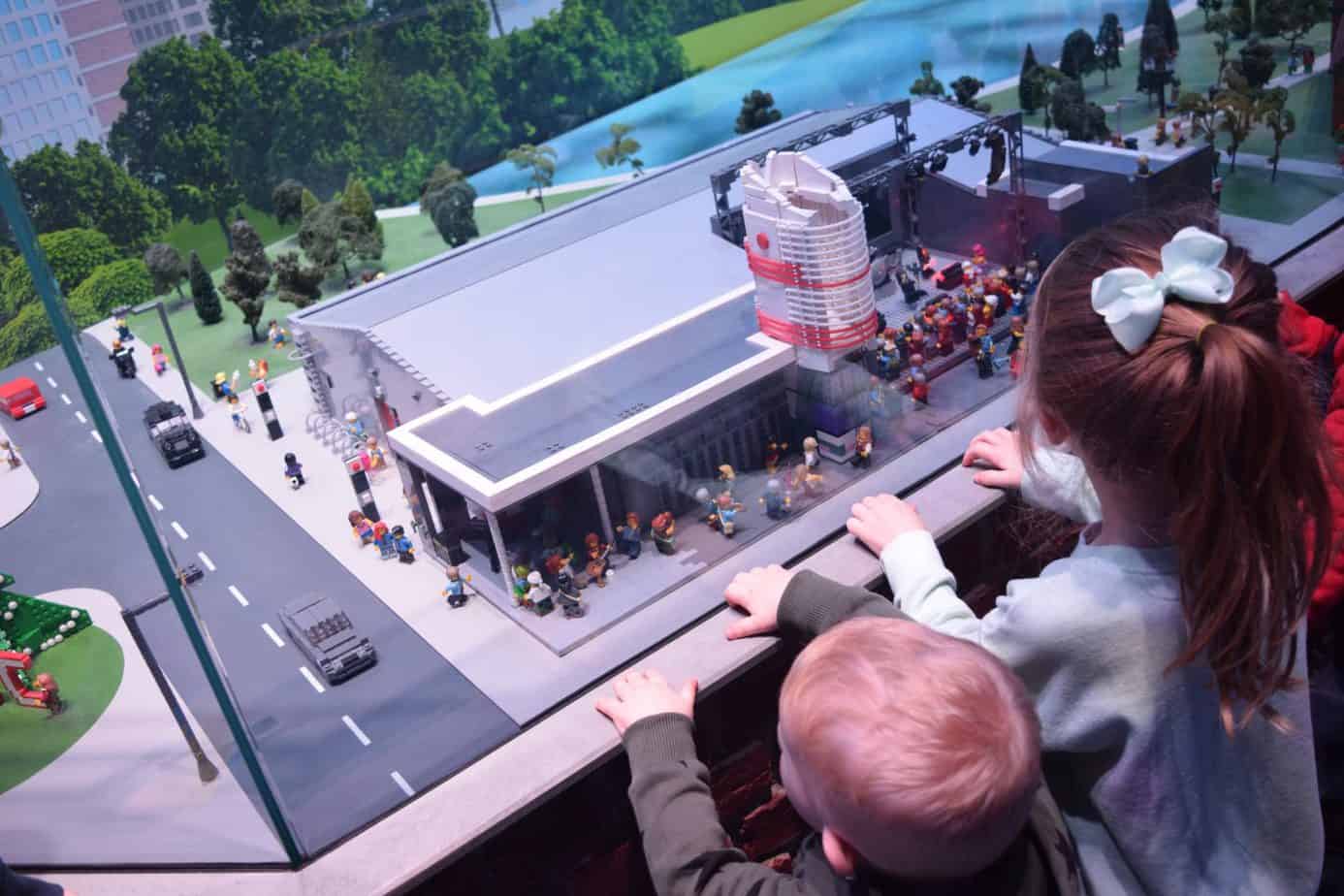 Close up of a ‘gig’ at Genting Arena 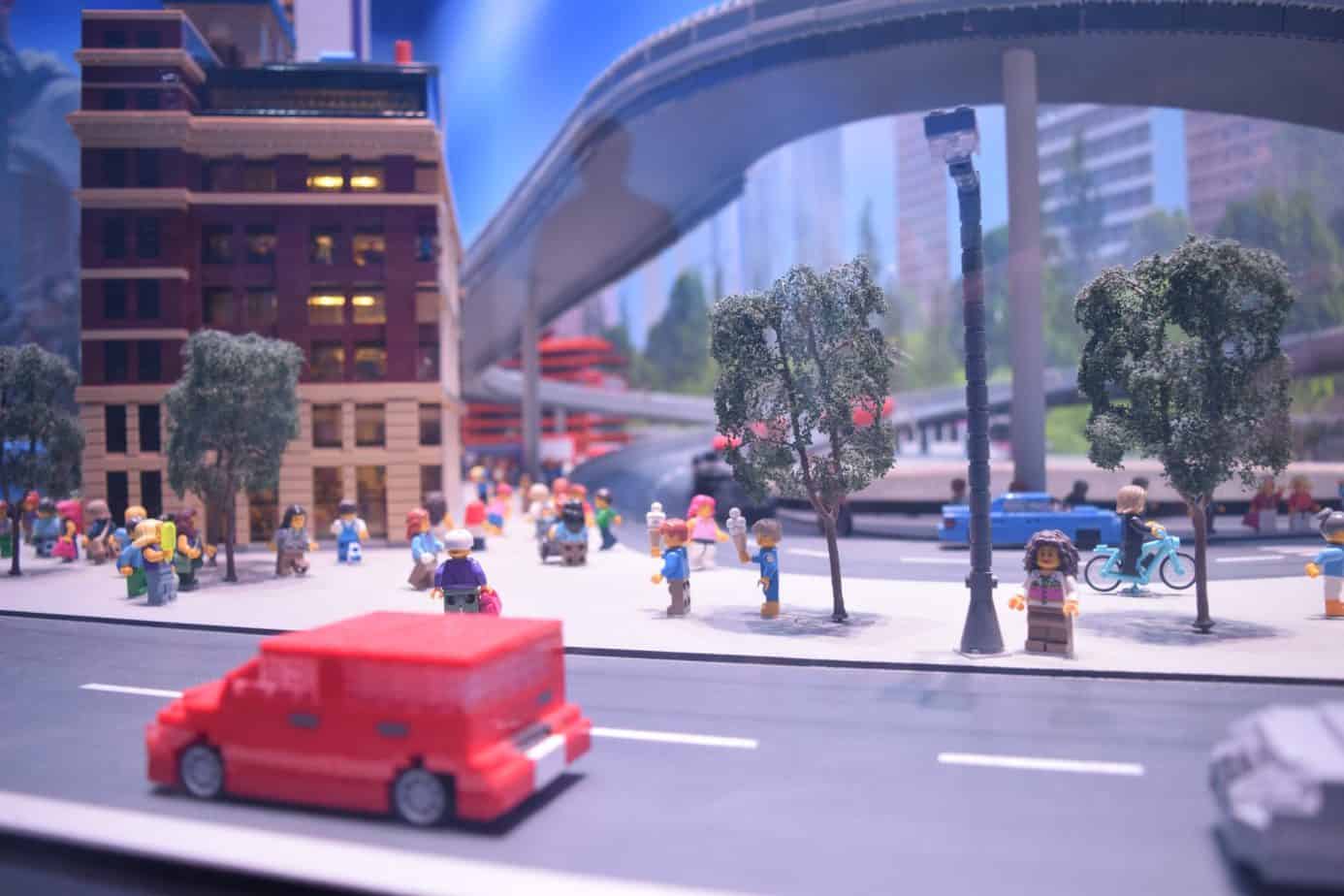 Lego close up in MINILAND 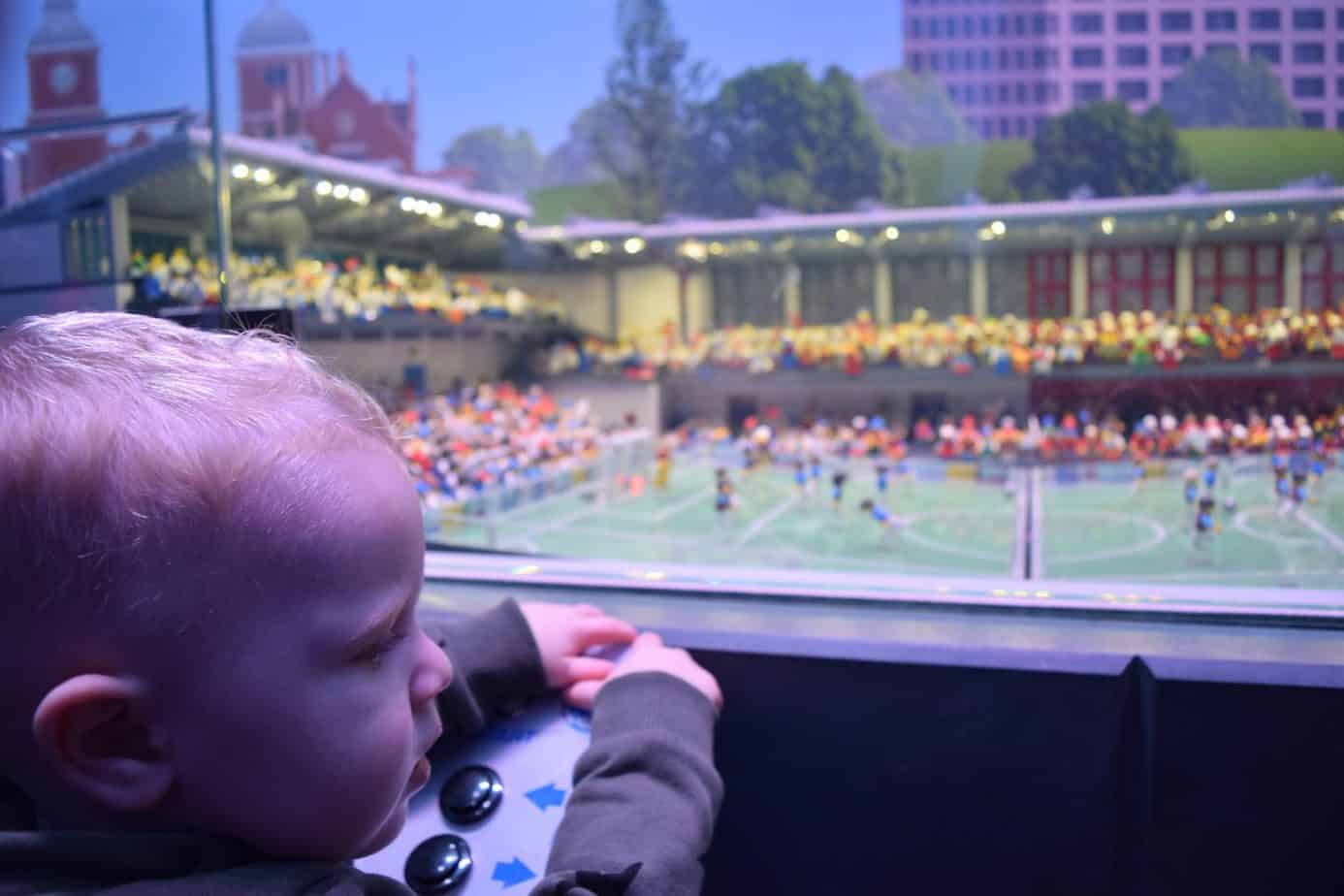 Following on, you then walk into the main building area which is full of different sections to explore.  There is a reasonably sized soft play which went down particularly well with Miss W, and the boys really enjoyed getting stuck into the many Lego tubs dotted around the area.

For Baby K, there was a Duplo area where he could build with much larger bricks, as well as Duplo.  This area was also home to a slide which he enjoyed sliding down! 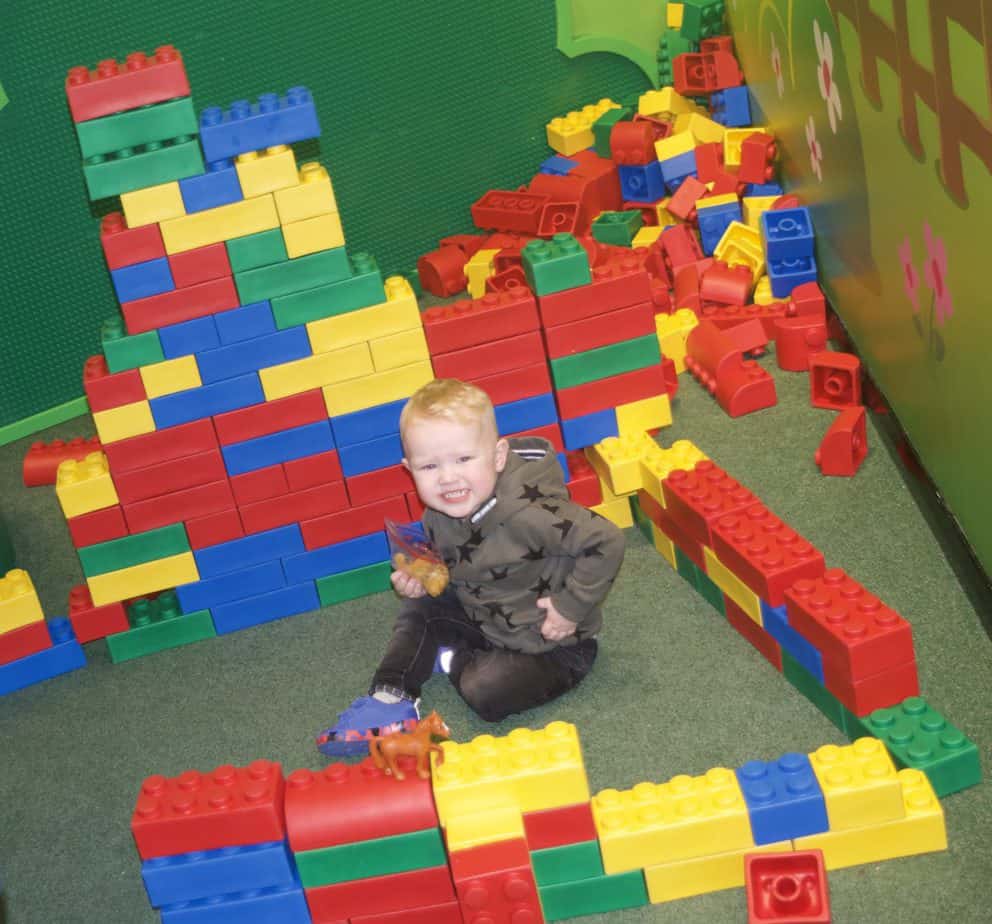 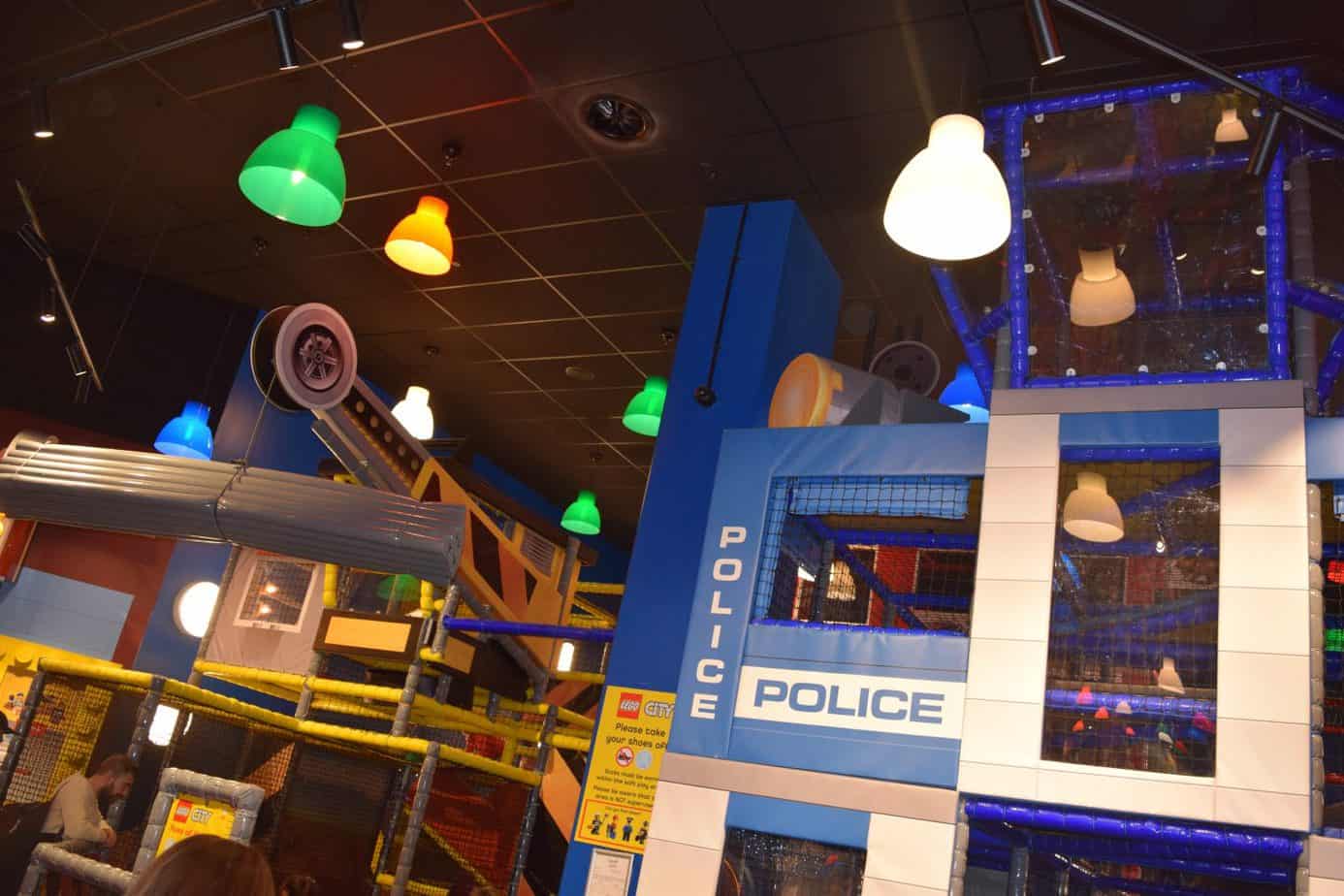 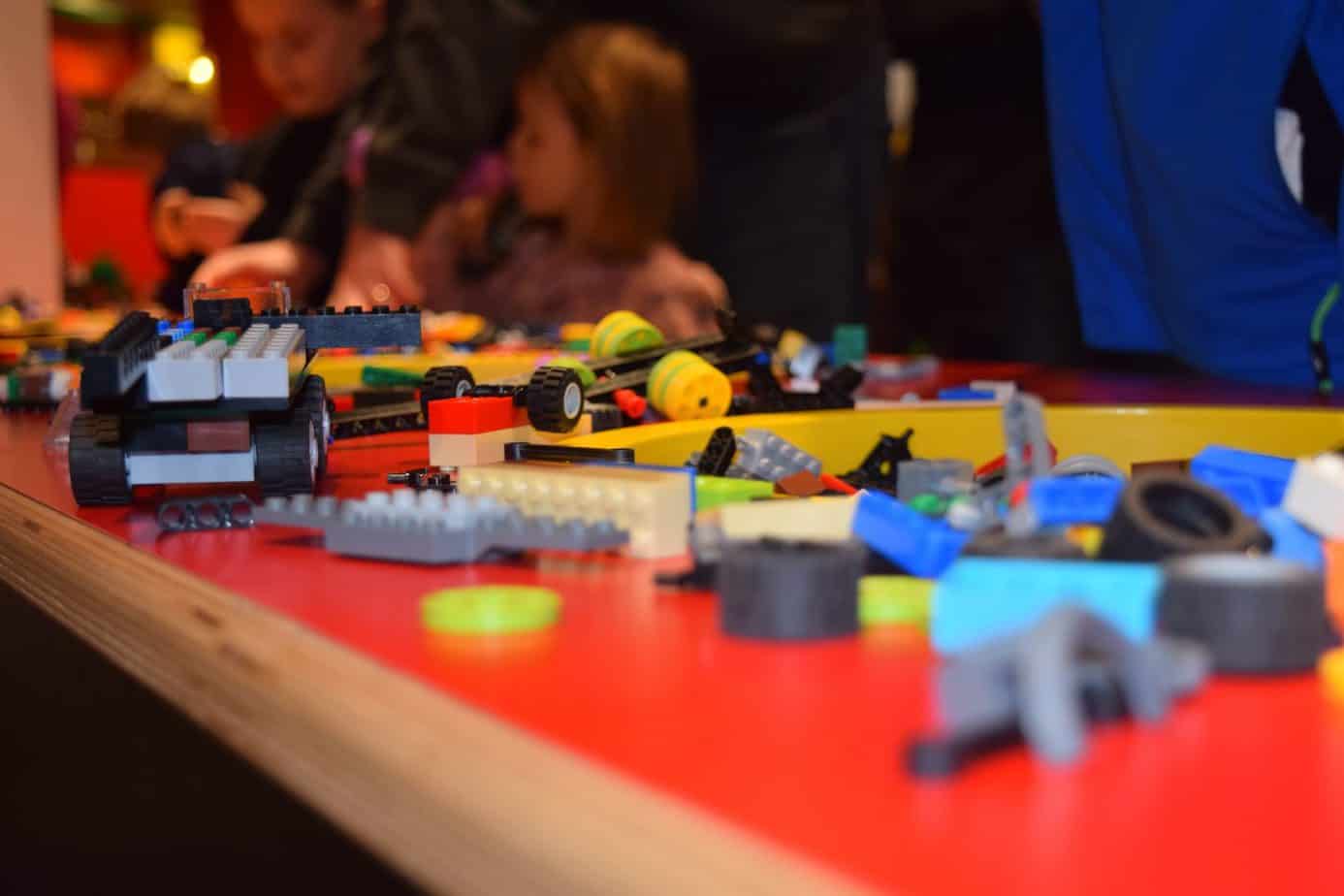 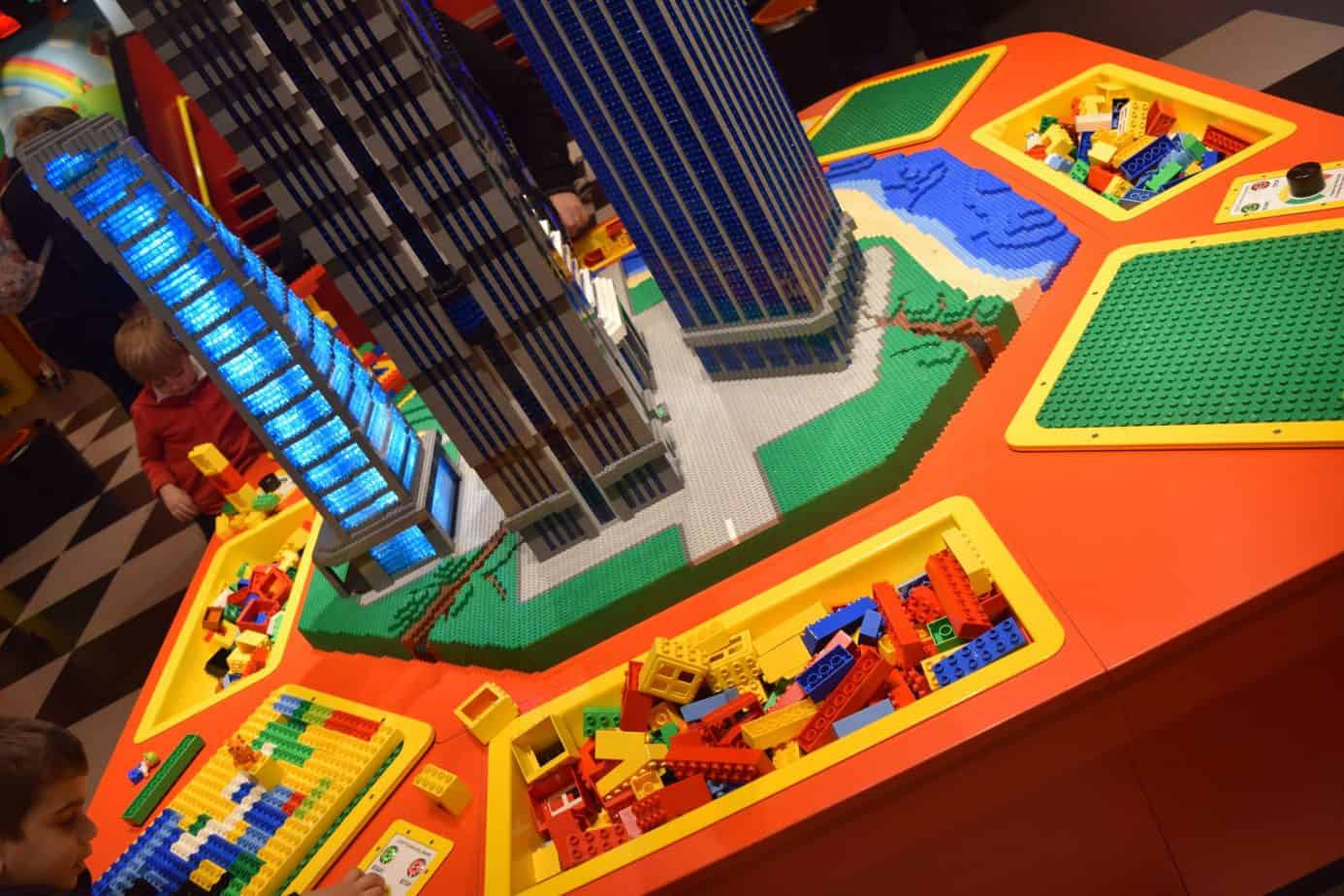 Within this section, there is also another ride called Merlin’s Apprentice which Mr B and I rode.  We waited around 30 minutes for this, so quite a bit longer than the first ride.  However, it was a fun ride where you get to pedal your own Lego car around a carousel which moves up and down. 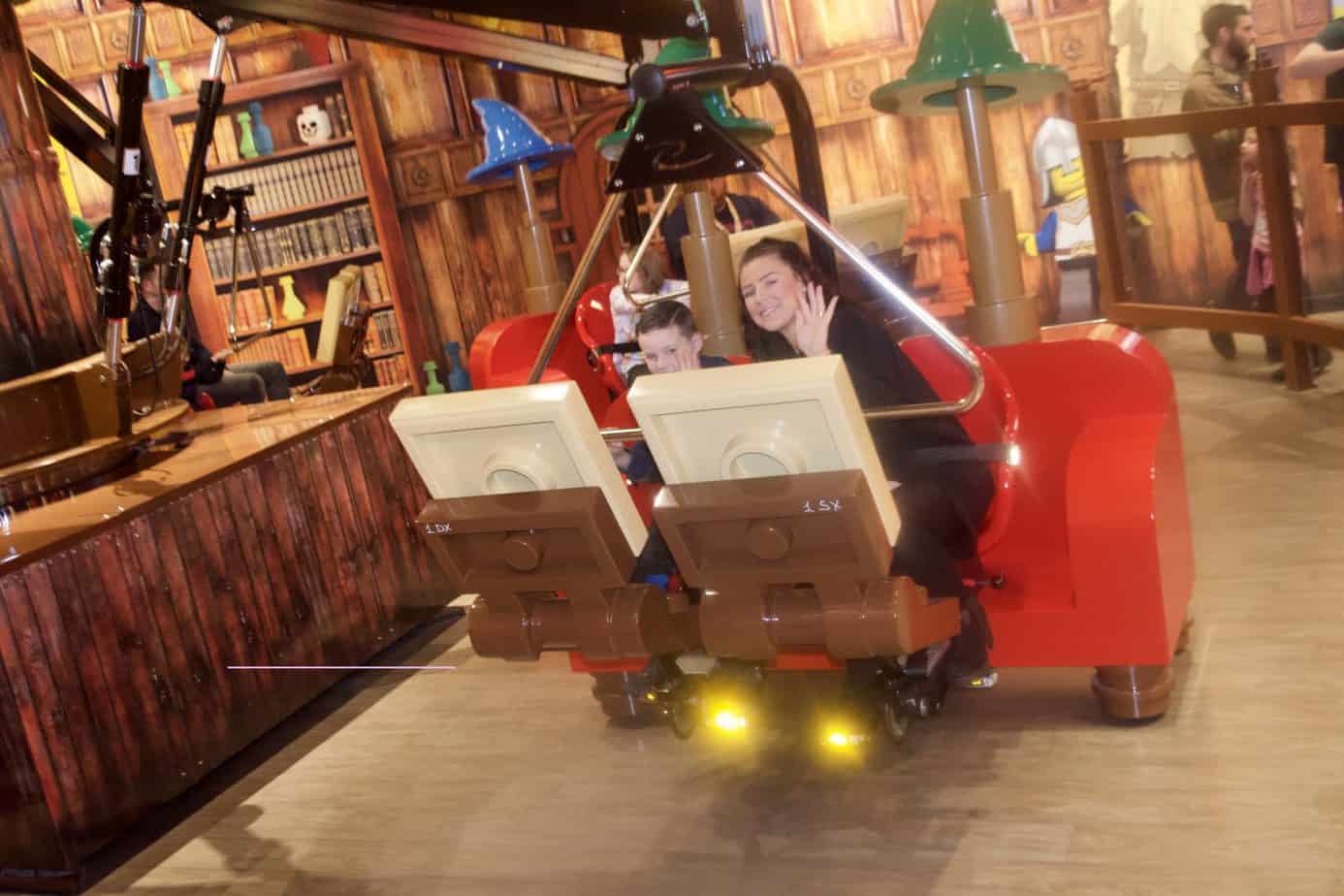 Mr B and I on merlin’s Apprentice ride

The two boys absolutely loved building Lego cars and then using and racing them on the test track.  Considering Baby K is only 22 months, he must have spent around 1 hour doing this!  It was popular but thankfully, all the children playing took turns and it was a great addition!

What I thought was a really nice extra touch was The Creative Workshop.  Throughout the day, you can attend a workshop where a Lego Master talks you though building a particular item.  Mr B, Miss W and I sat through this 20 minute class and we all managed to build an ice dragon!  It was fun and the kids seemed to think so too! 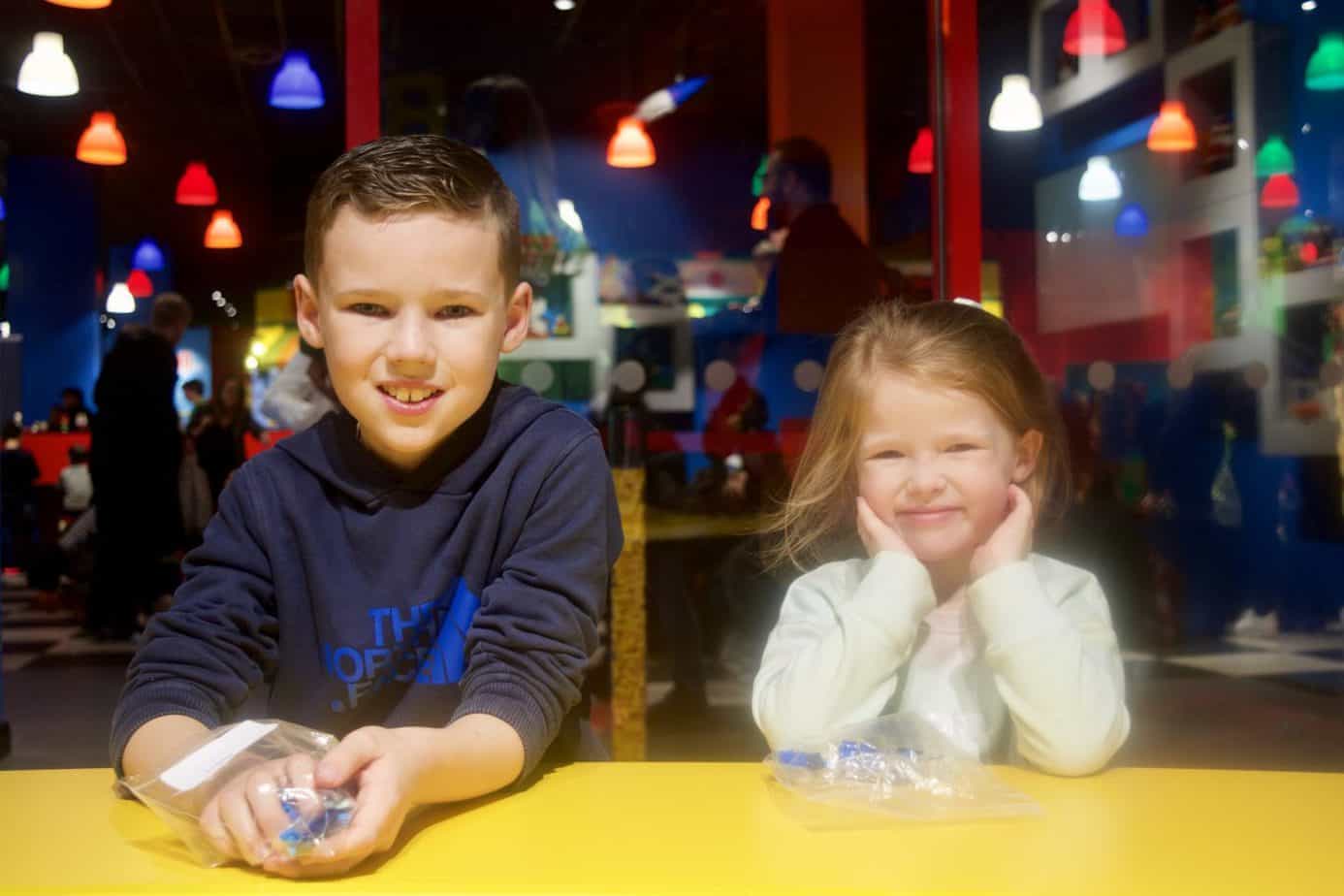 Mr B and Miss W ready for our creative Lego workshop 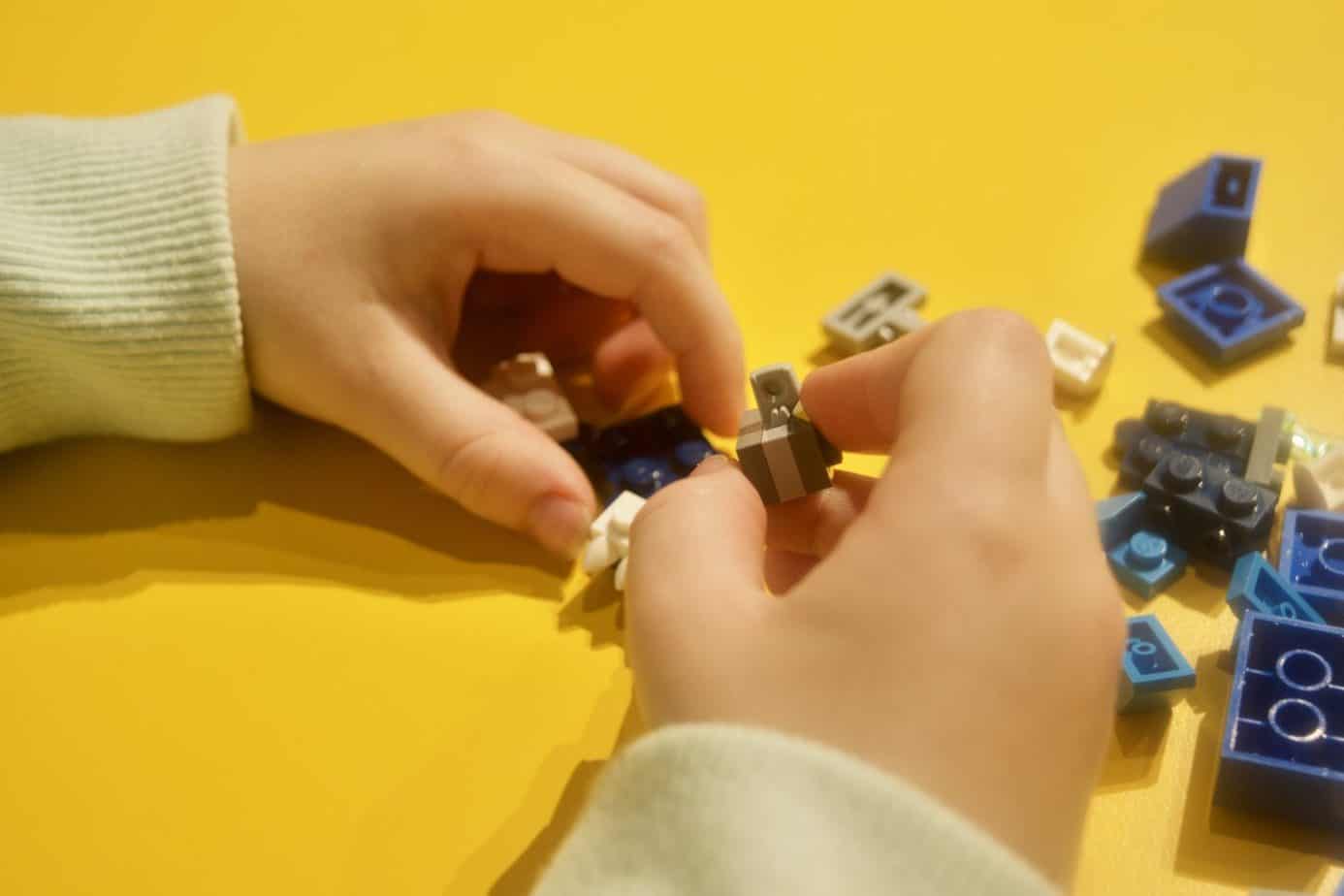 Prior to leaving, we attended the 4D show at the Lego 4D cinema.  During our visit, they were showing three alternative shows so in theory, you could see 3 different films if you wished!  We watched the Lego Movie and it was so great – be warned you may get wet!!

Prior to leaving Legoland Discovery Centre, you walk through a gift shop that is literally wall to wall Lego! 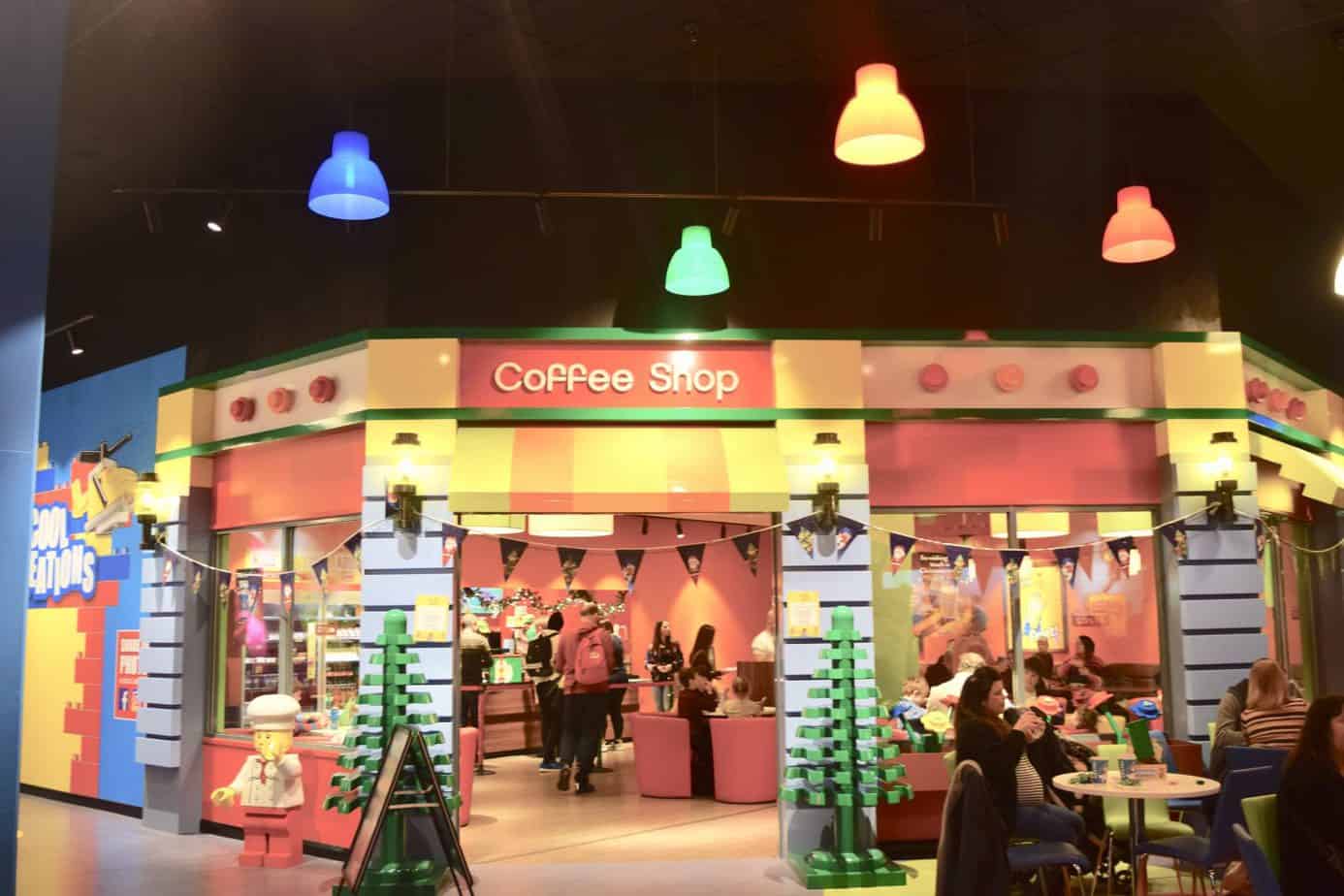 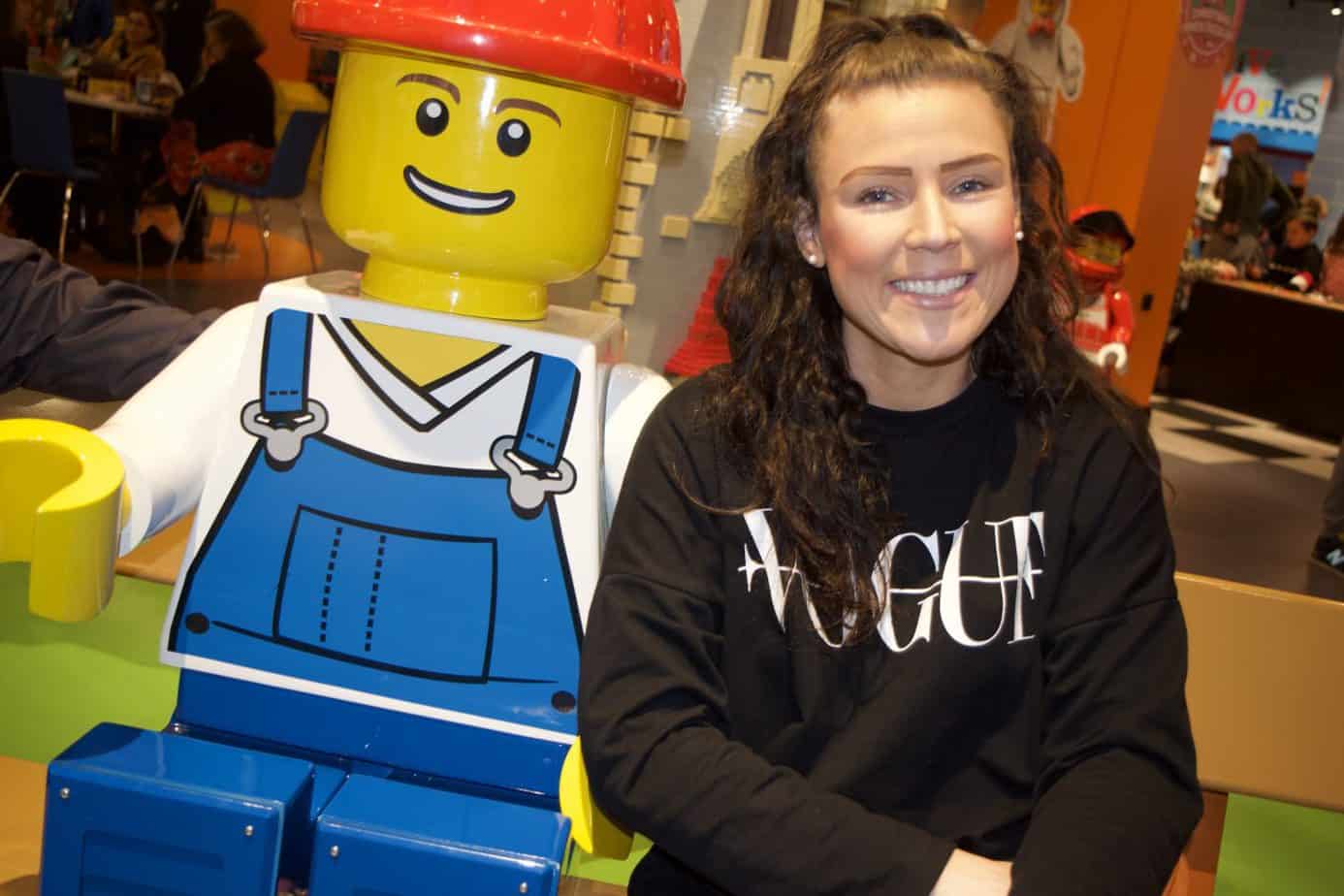 Mr Lego and I!

We honestly had a wonderful day out at Legoland Discovery Centre Birmingham and recommend it to be a top family attraction in Birmingham.  We spent around 4.5 hours here and could have spent longer  – the children were so entertained and were not bored once!  What I loved about the attraction was that it met all of our kids needs at their different ages so it was a win win for us!

Have you visited yet?  Let me know what you thought of Birmingham’s newest family day out!  Interested in visiting?  You can book tickets here!

*I was gifted tickets to Legoland Discovery Centre Birmingham.  However, I was not expected to write a blog post.  I am simply sharing our day out as we had such a wonderful visit!*

12 snacks you must eat at Walt…

The PAW Awards 2019 launch at Kidtropolis

3 responses to “A day at Legoland Discovery Centre Birmingham”