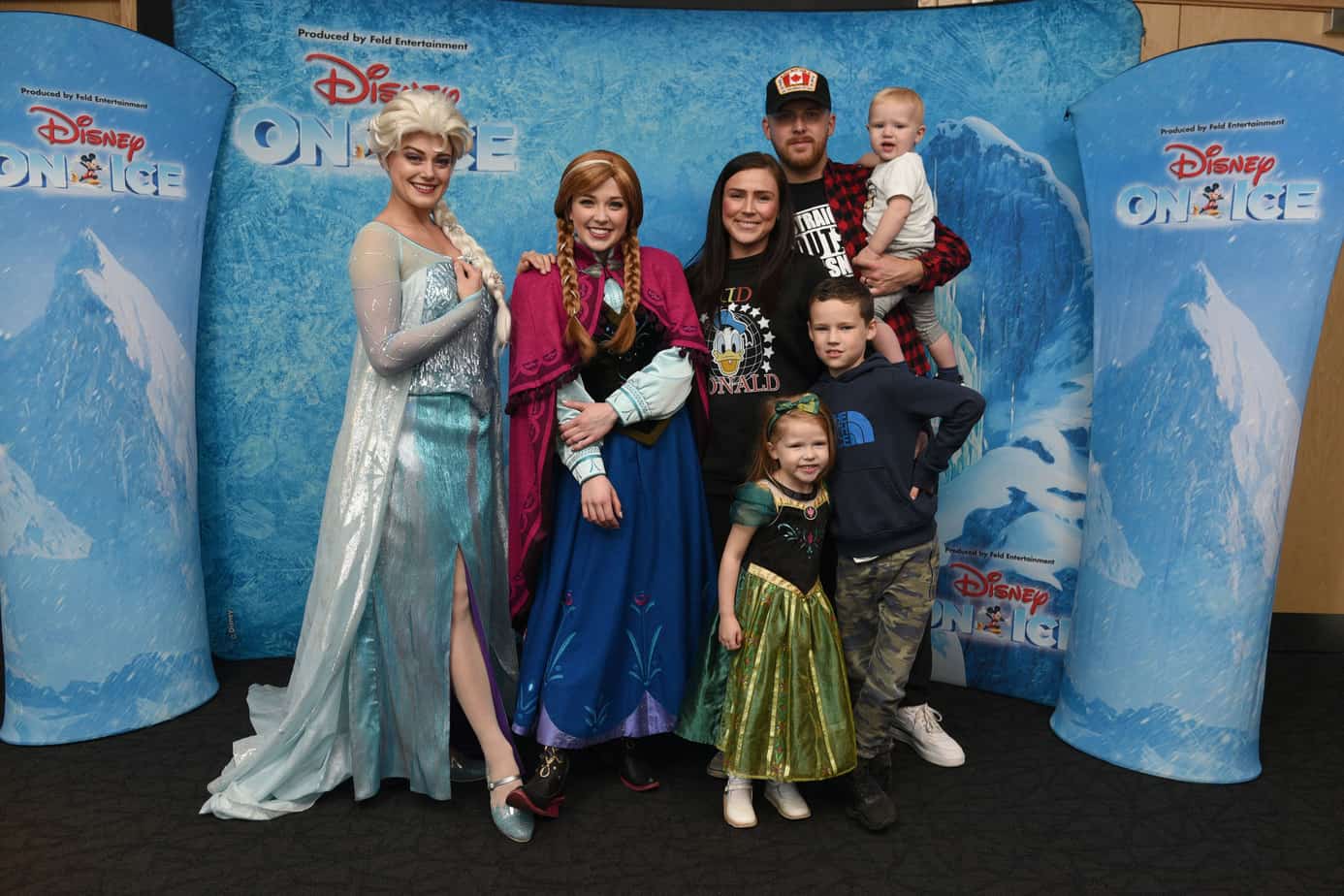 I cannot imagine a life without Disney.  Seriously!  I have been a huge fan since I was a little girl and now with three kids, I love passing on the magic to them too.  Disney On Ice Dream Big arrived into Birmingham on Friday 19th October 2018 and I was literally overwhelmed to be invited to the opening evening.  This meant so much to me and I really was so excited the children would get to experience such a magical evening.  If you follow my blog, you’ll know that I often share my love for Disney and our adventures to DLP!

Meet and Greet at Disney on Ice

Oh to meet a princess!  Well, that is exactly what we did prior to watching the show.  In fact, the kids got to meet two Disney princesses, Anna and Elsa.  Now, these are rare characters to meet at Disneyland Paris.  So when they arrived, my heart skipped a beat as I knew this would be a real treat, especially for W.  And yes, I did have tears in my eyes! It really was a delight and got us all (including us grownups!) excited for the show even more! 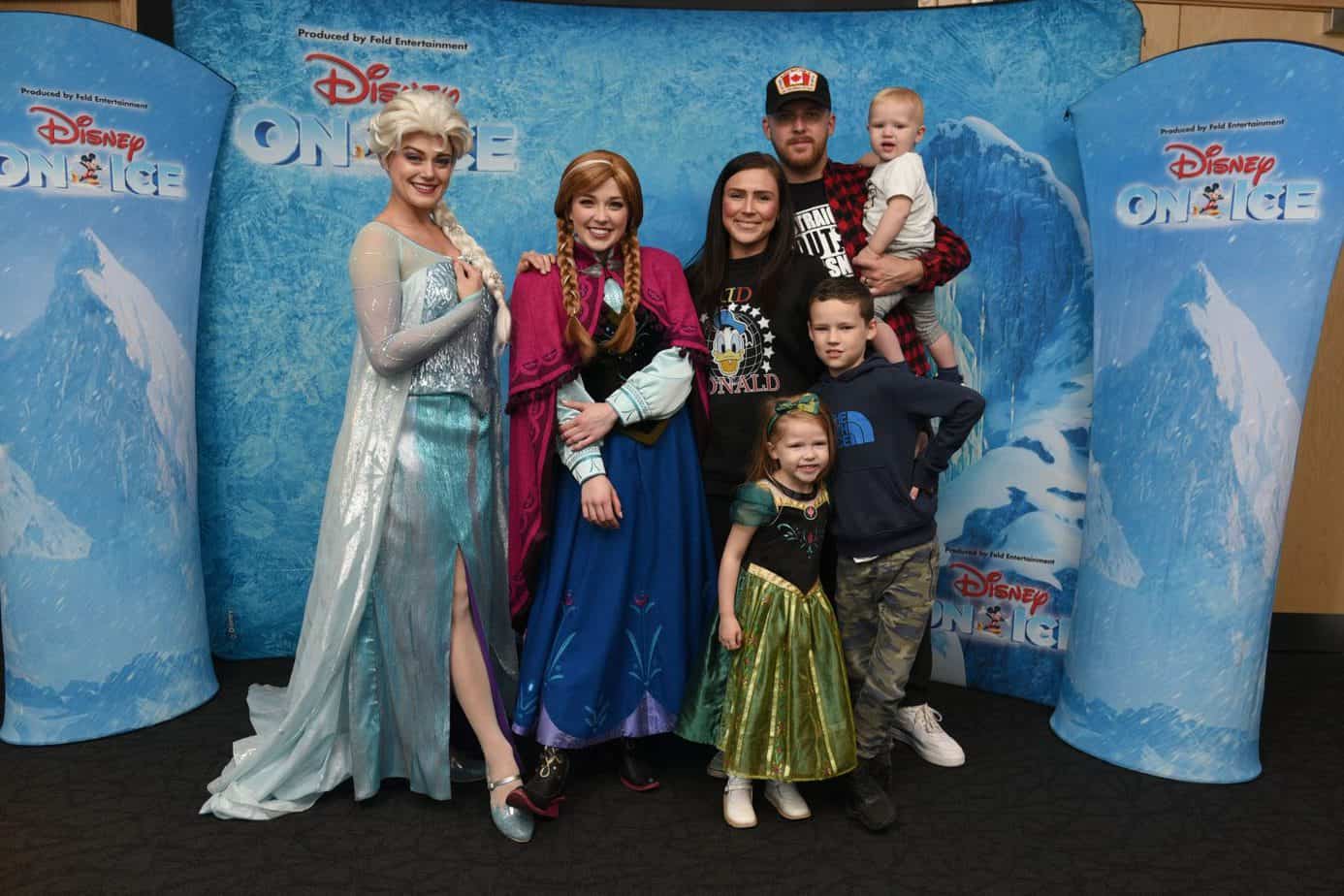 We then whiled away the time snacking on the delicious fruit and sweet treats buffet that was provided, wondering what other characters would be in the show! 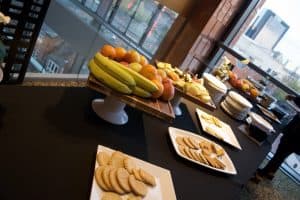 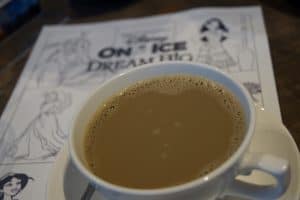 The Story of Disney on Ice Dream Big

As we entered the arena 10 minutes prior to the show beginning, we felt the excitement in the air.  Everyone was eagerly waiting for Birmingham’s opening show to begin and get their last minute sweet treats to enjoy.  We had great seats in block 10 row K and had a great view.  As I looked around, I saw many families like us super excited, with most children dressed in costume (it’s a must isn’t it!?) 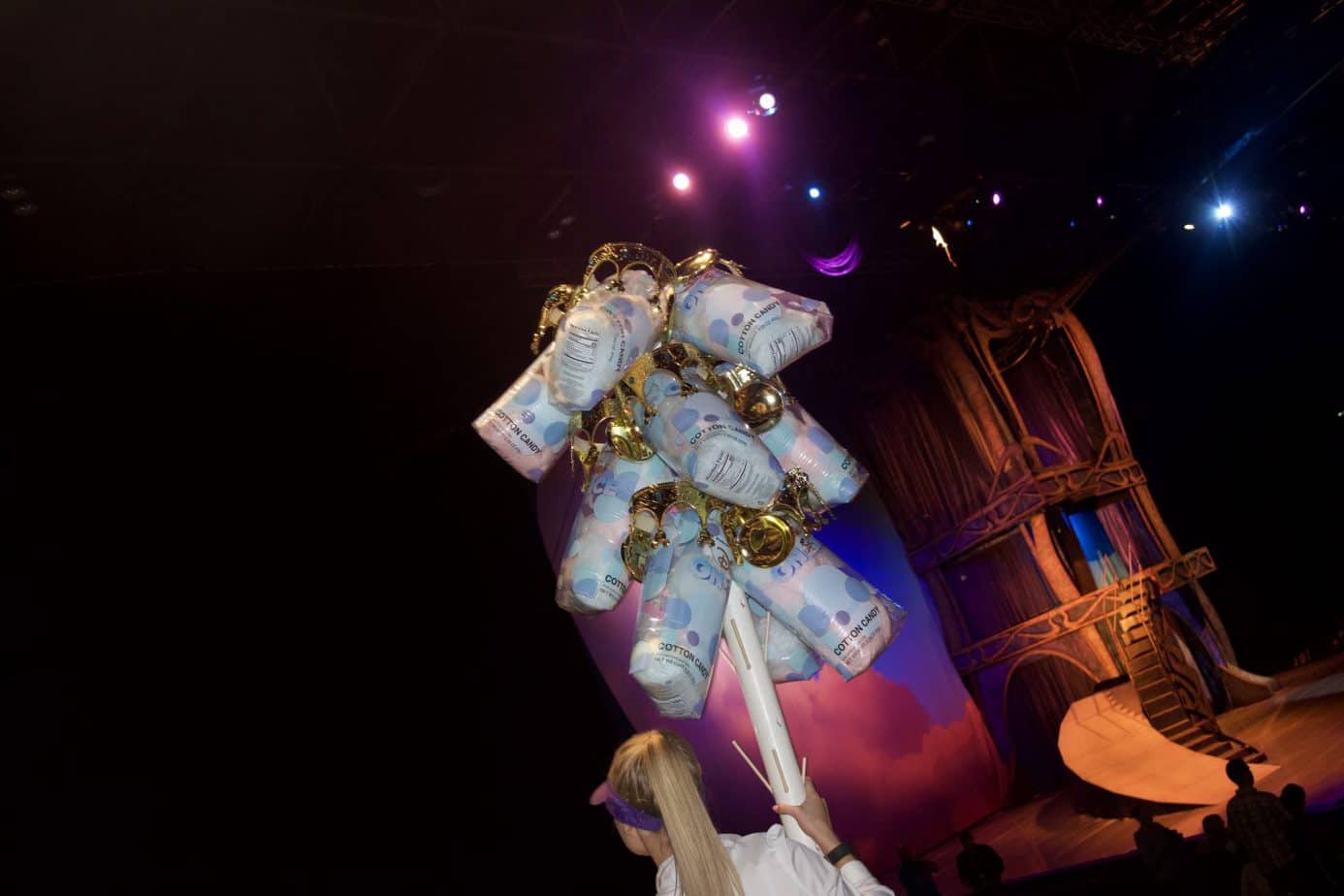 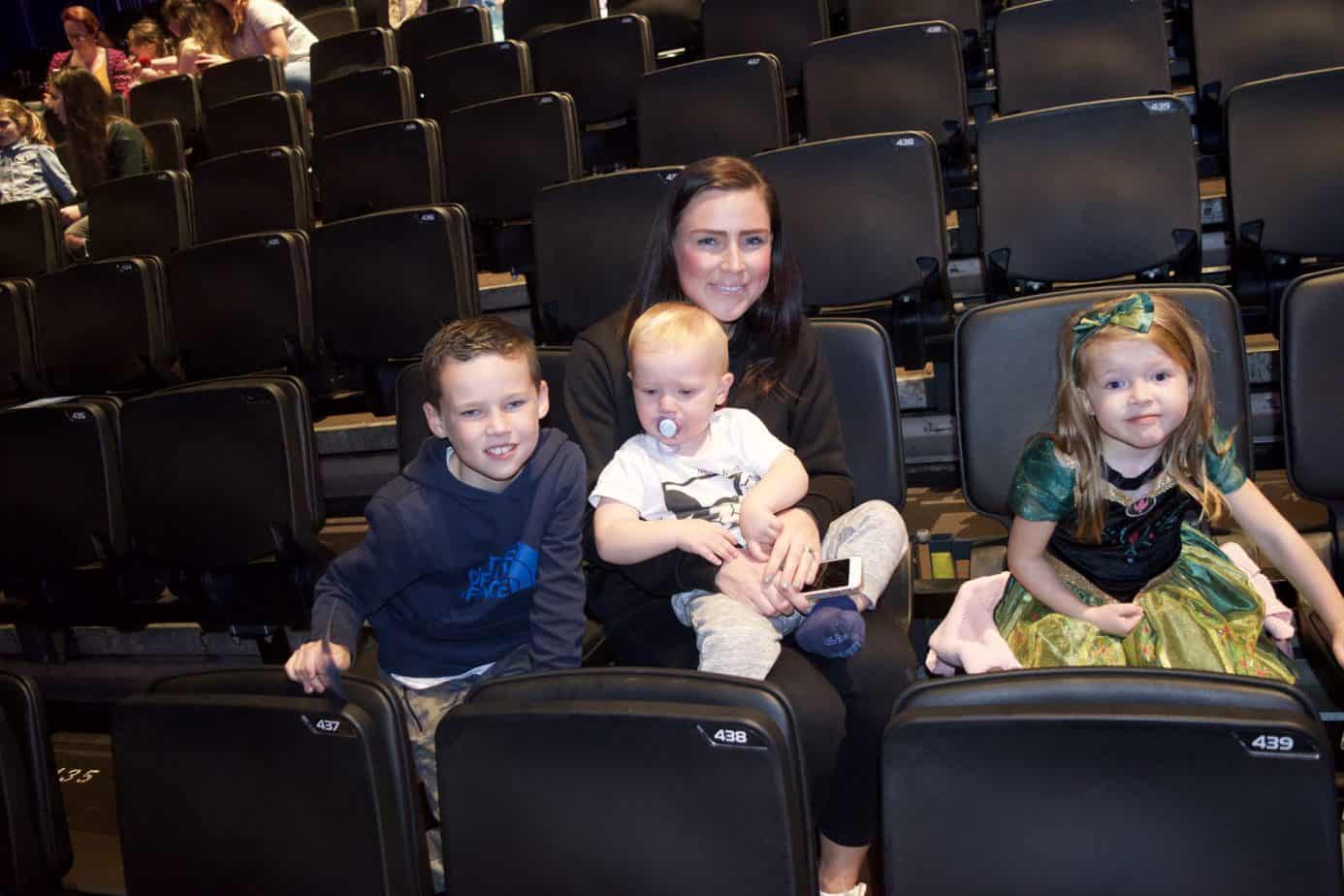 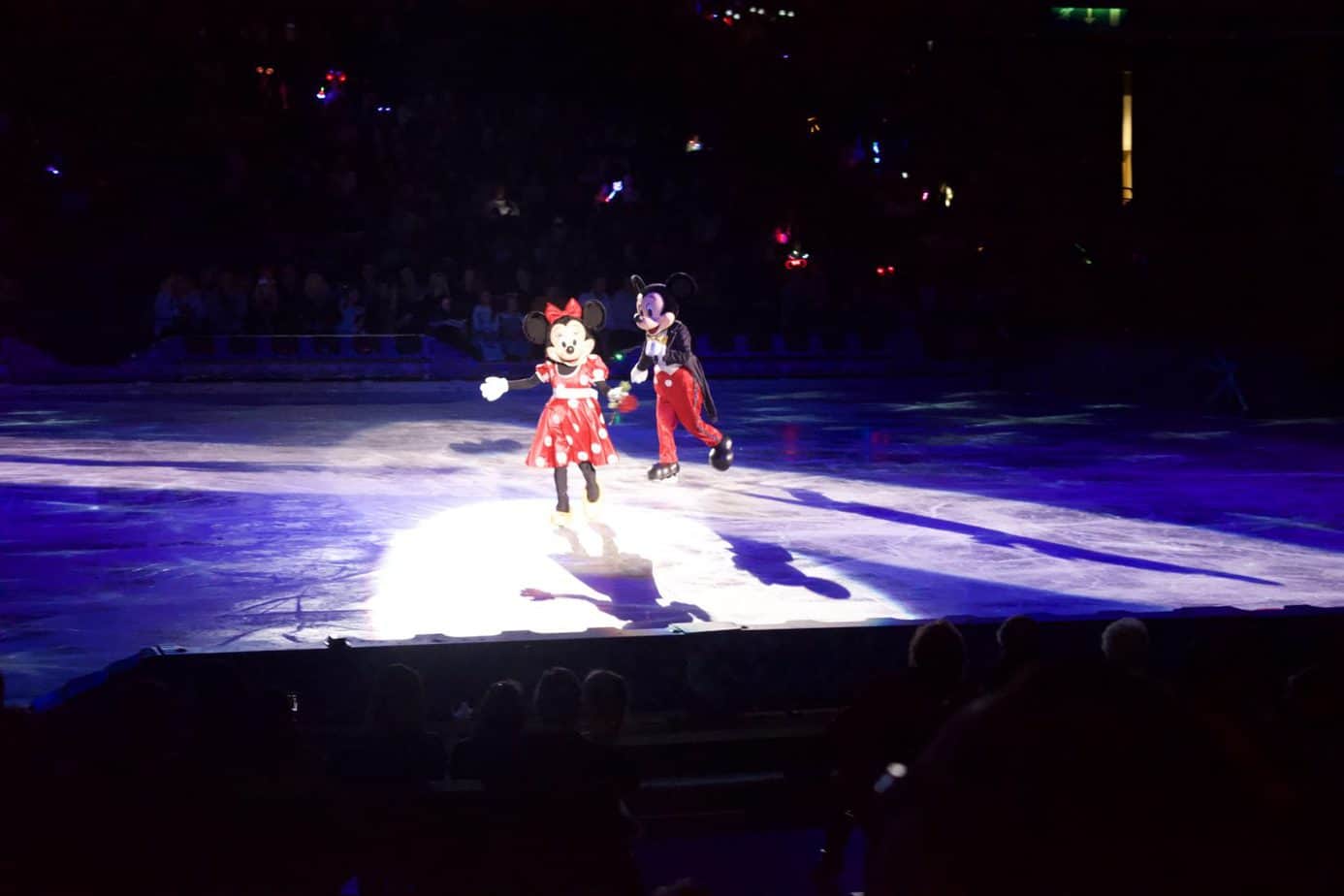 The show begins with Disney’s classic and favourite characters Mickey Mouse and Minnie Mouse, who guide the audience through the show.  After the welcome dance, which got us all up dancing to their moves, we were then treated to the delights of Aladdin and Princess Jasmine.  We went through some of the story being in awe of Aladdin’s tricks, then followed Beauty and the Beast’s fabulous Be our Guest skating parade. 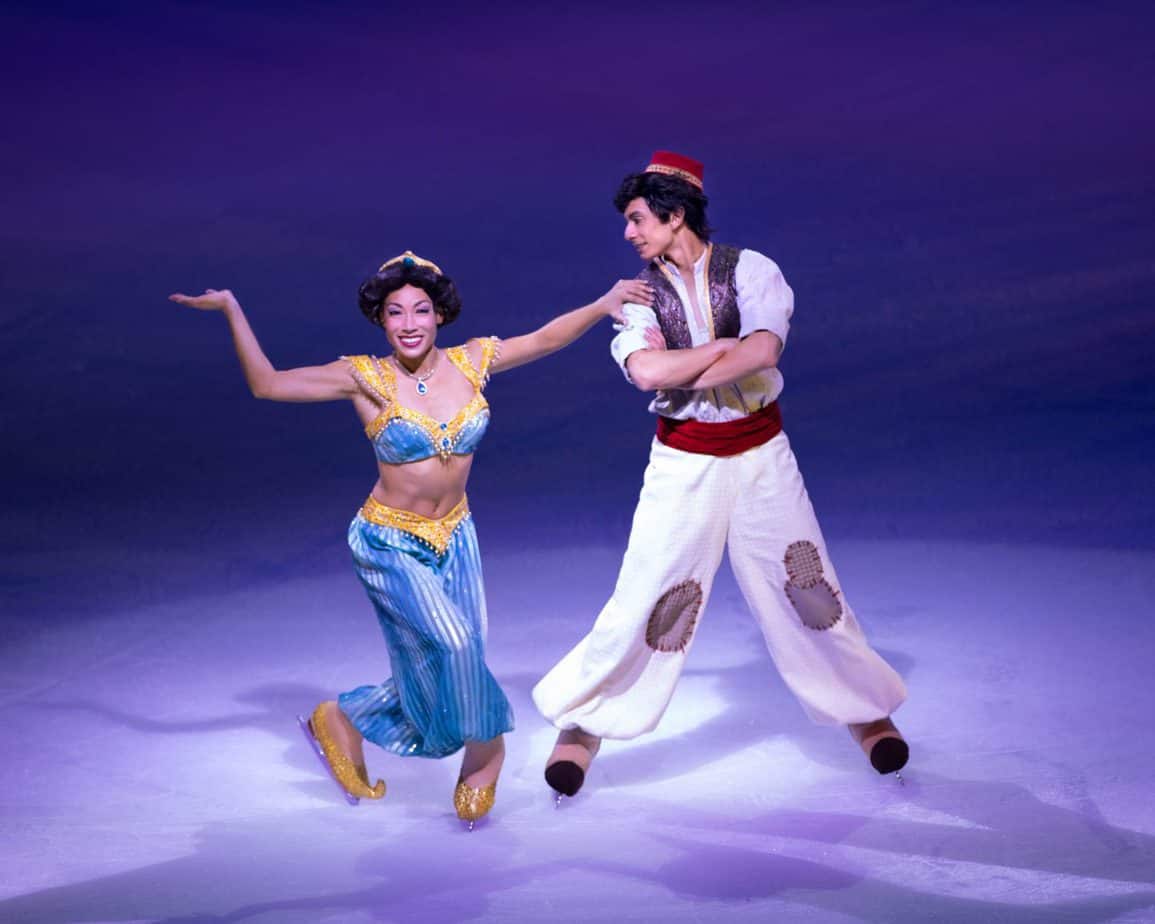 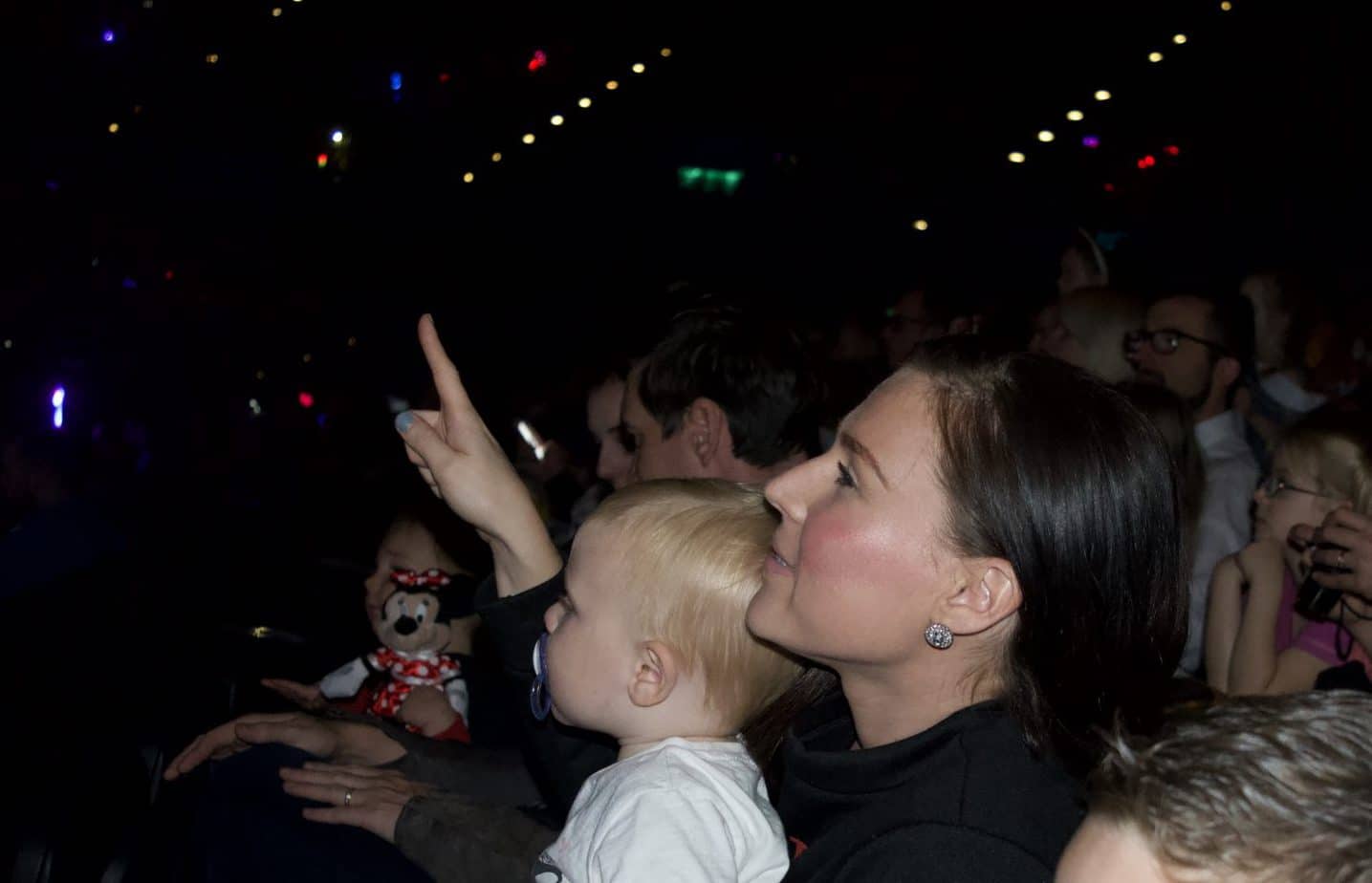 The star of Disney on Ice Dream Big was Moana and of course her side kick Maui.  He was hilarious and he was great on the ice despite being such a huge character!  And with the added elements of their boat, real fire and the amazing soundtrack, it was a great sector of the show.  We LOVE the film and the music is so empowering that we often listen to it on our Alexa at home.  Seeing Moana was a big hit for us! 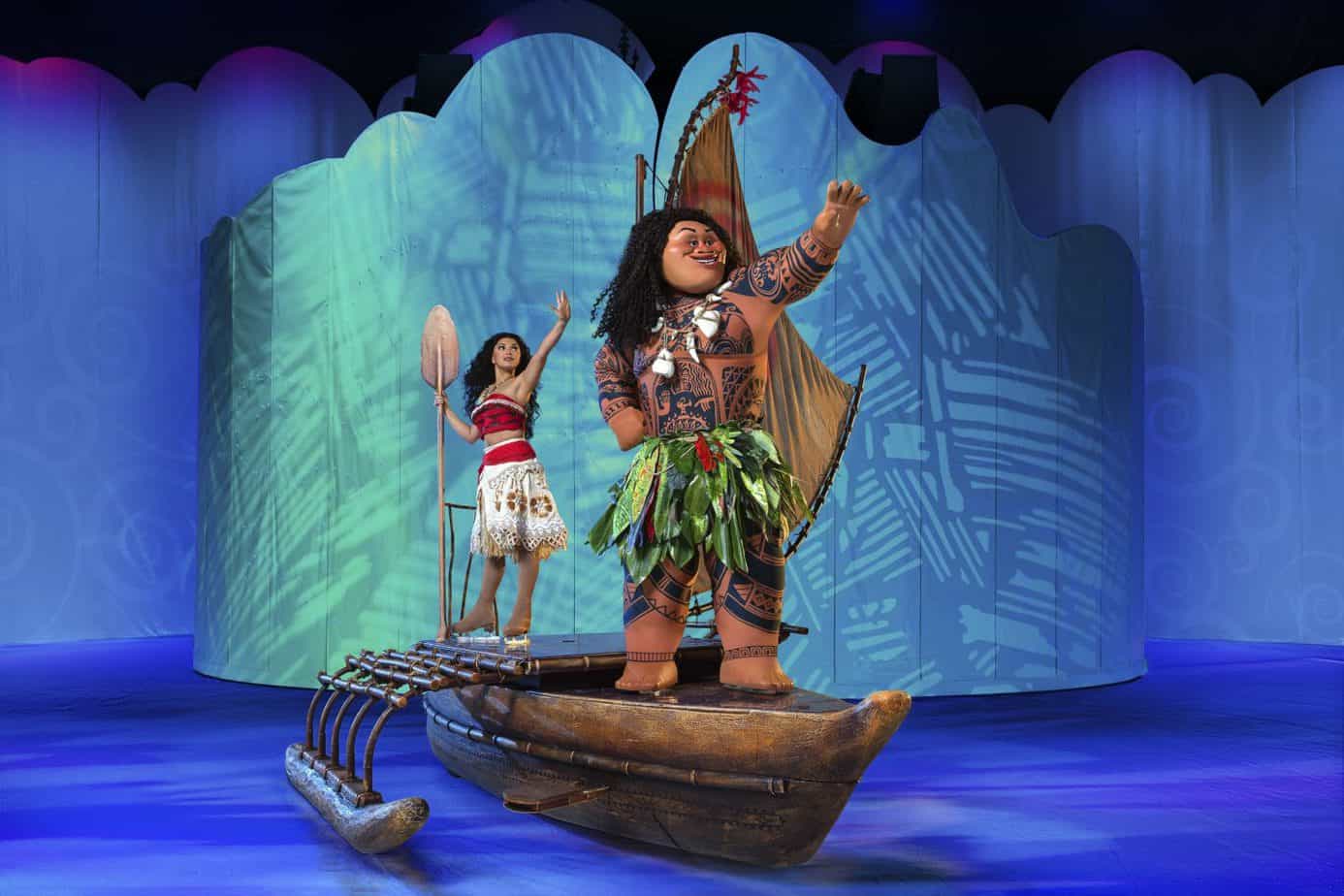 Following on from Moana, we enjoyed the likes of The Little Mermaid and the many characters of the story, Rapunzel, Sleeping Beauty and Cinderella.  We were even treated to Tinkerbell who came and waved her magic across the ice.  Some of the ice-skating was just flawless and when Cinderella arrived in her carriage, it was mesmerising! 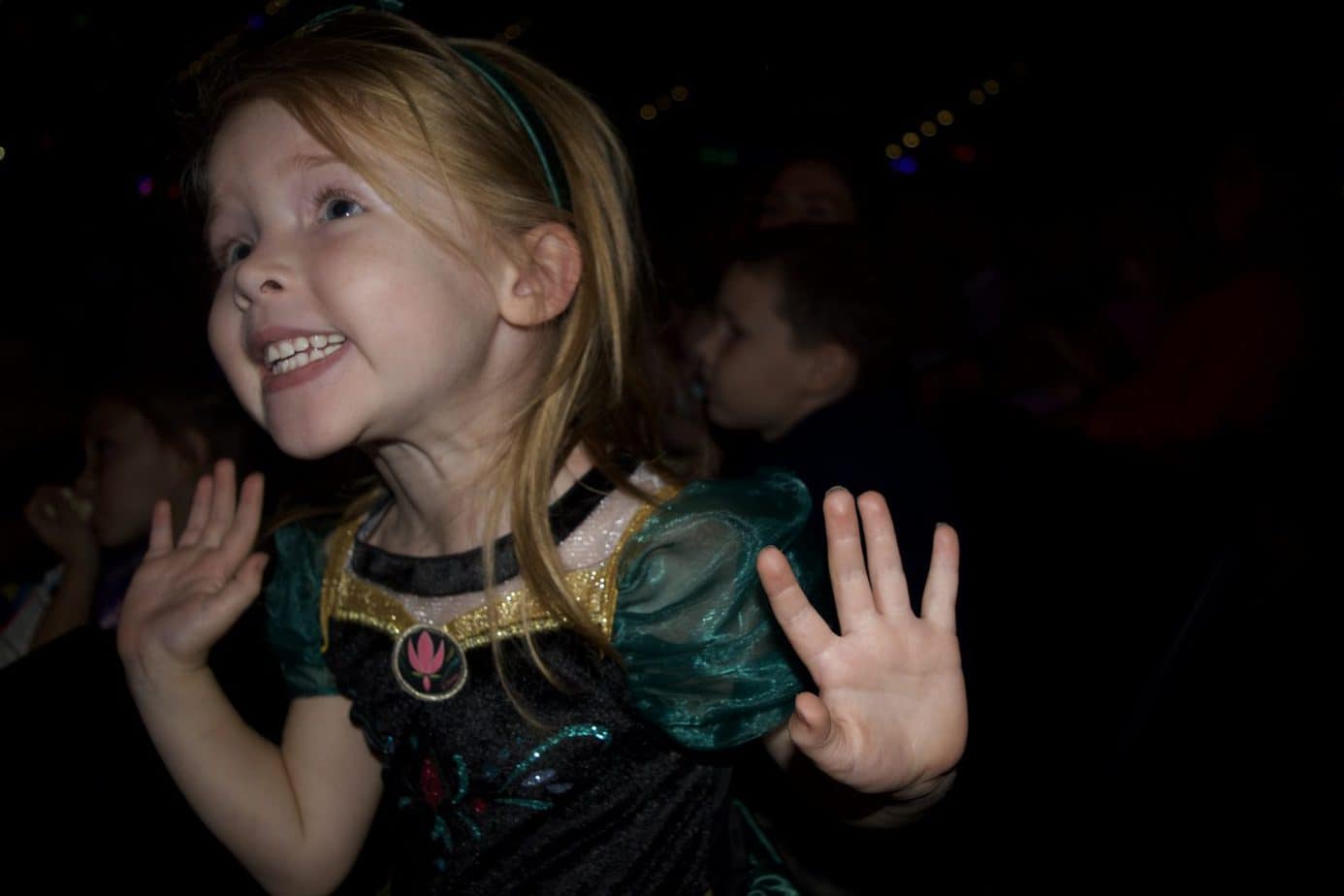 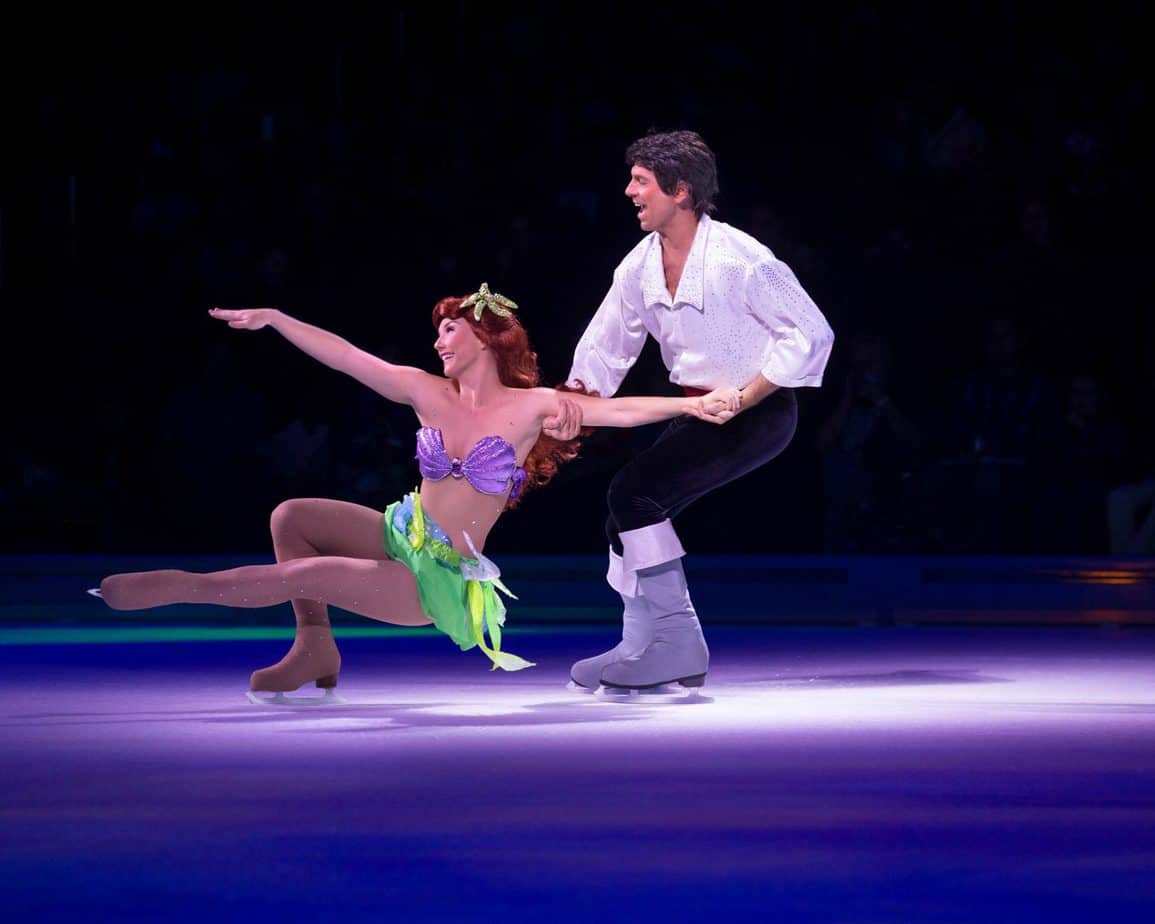 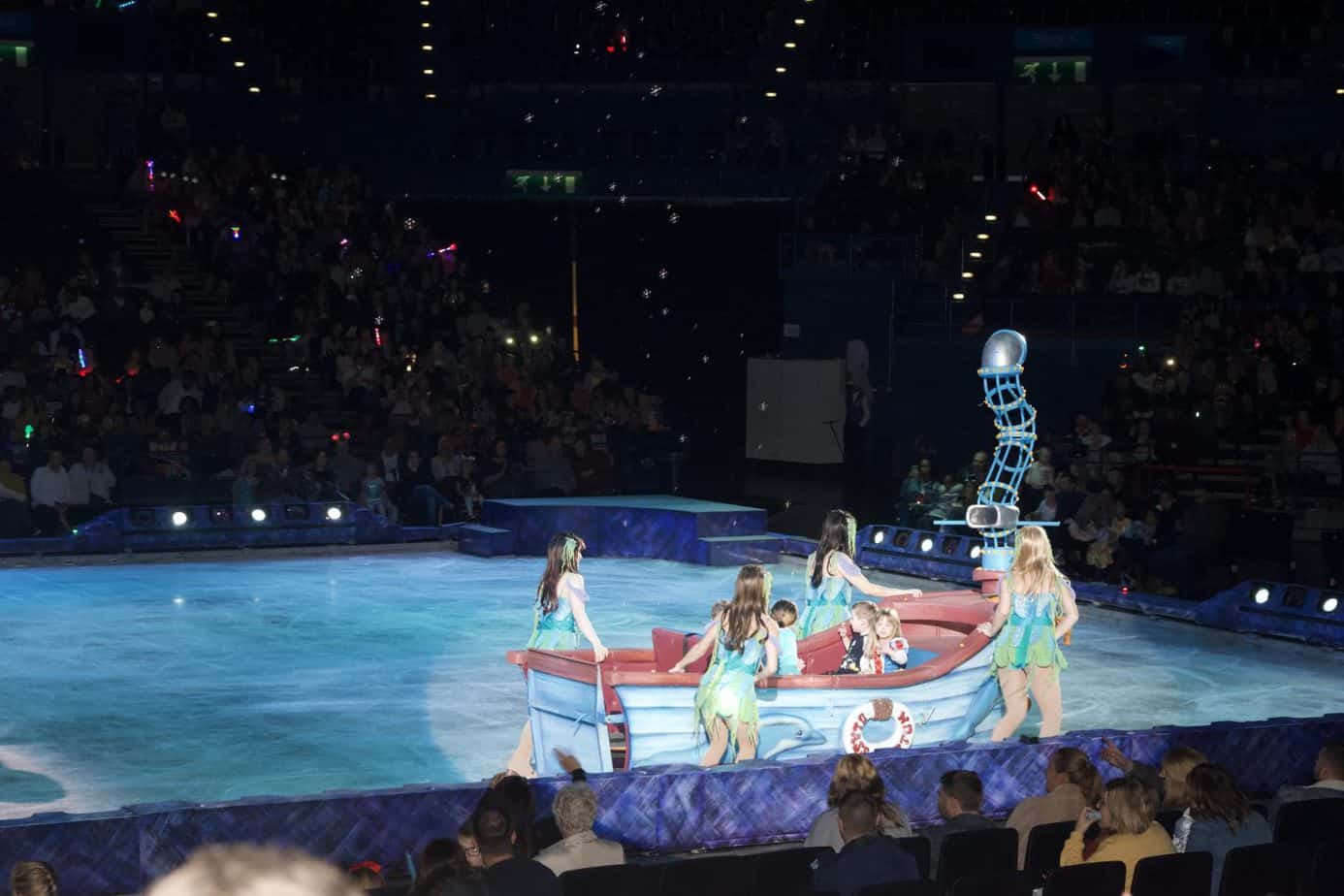 Before the show came to an end, we were amazed that we got to see the whole story of Frozen and saw the beautiful Anna and Elsa again, but this time on the ice.  The crowd cheered when Olaf arrived and the kids loved it when he lost his head!  The skating was incredible as well as the additional special effects such as snow falling for the ceiling and the amazing frozen scene where everything turned to ice. 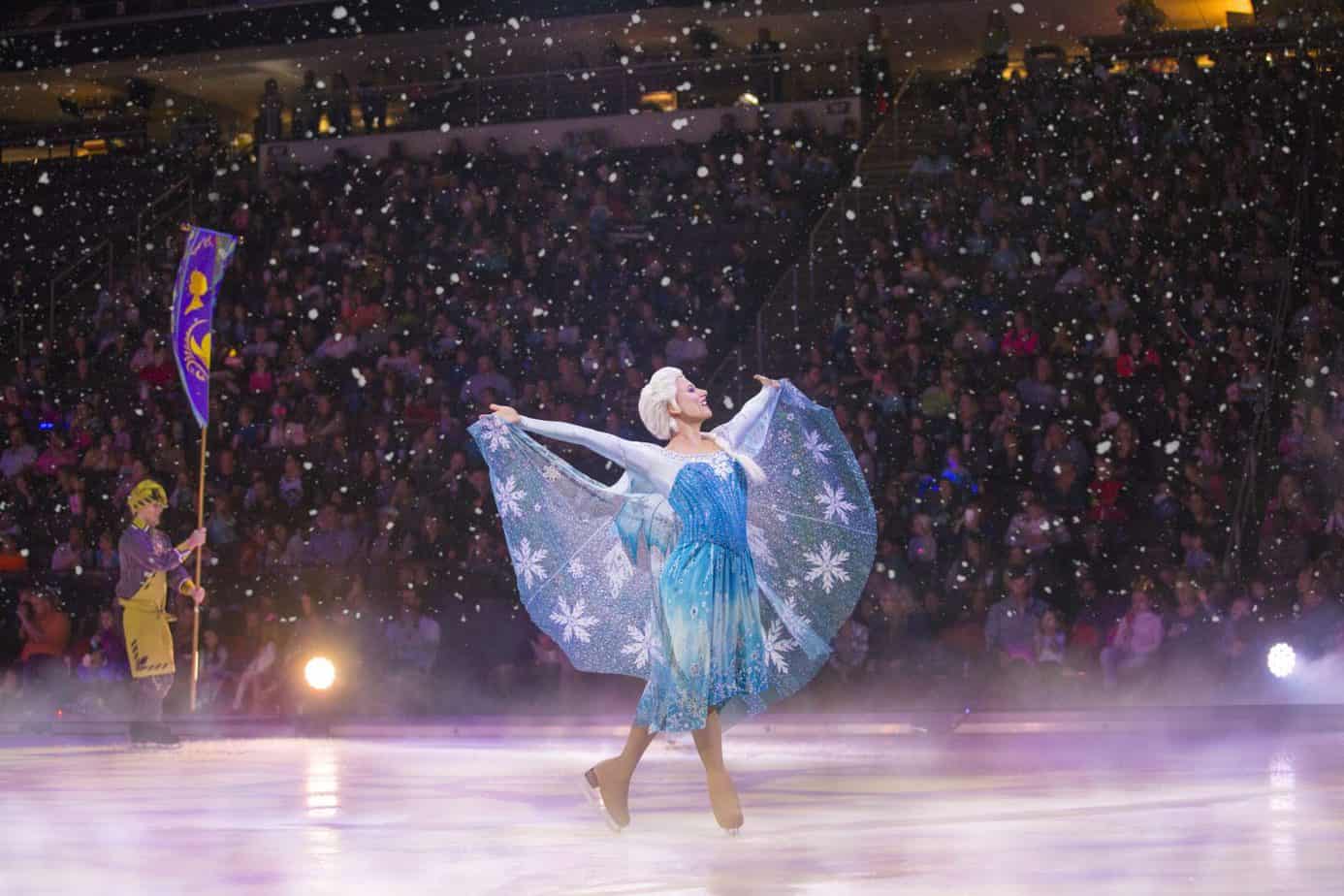 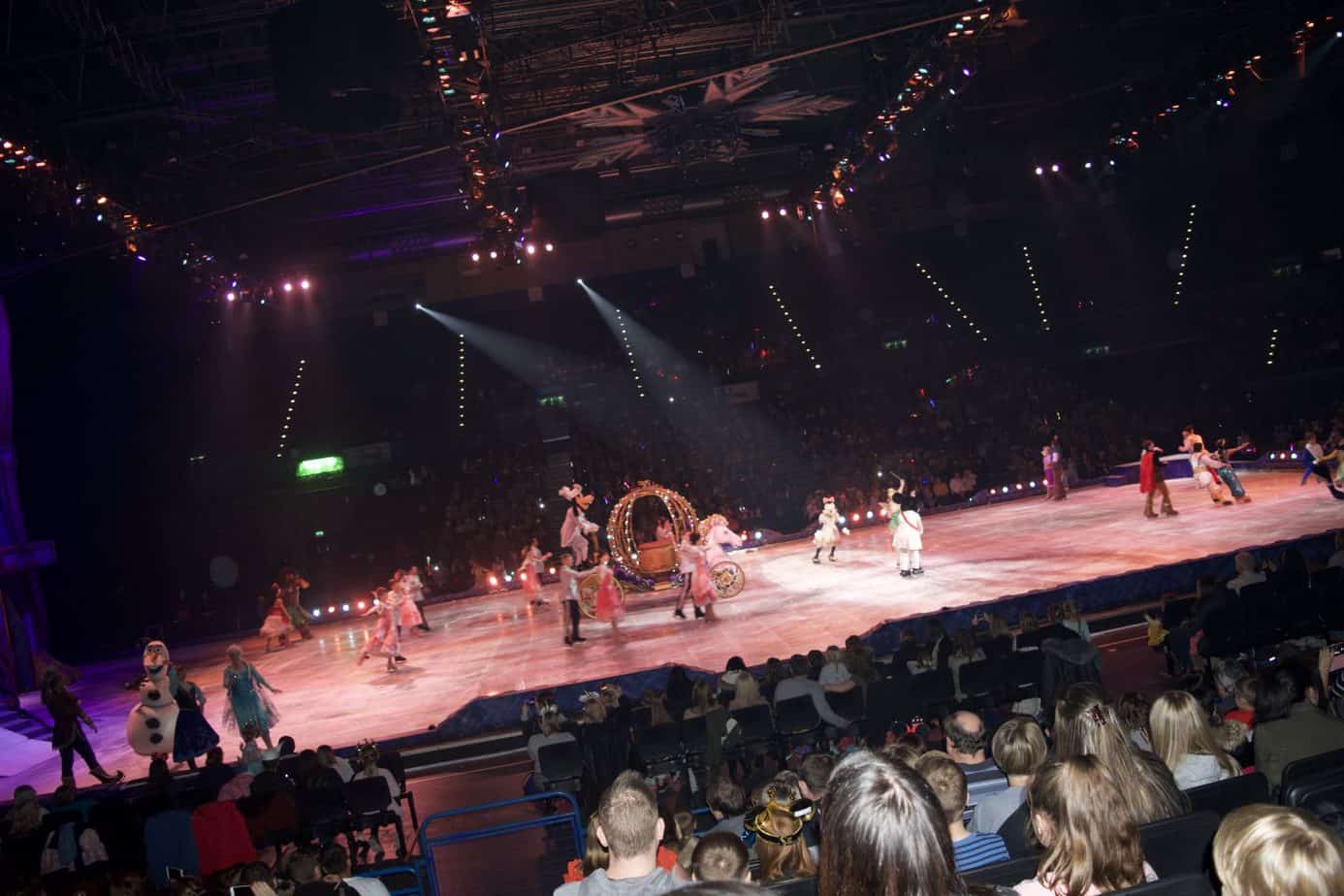 The show was just incredible and we all arrived home exhausted but floating on Disney air.  For tickets and pricing head to the Disney on ice website for more information.  If you are local to Birmingham, the show will be at Birmingham’s Arena until Monday 28th October 2018.  However, the show is continuing its tour of the UK.

*This is a collaborative post.  We were invited to the opening show of Disney on ice in exchange for this review.  As always, all words and opinions are my own.  Photos are a mix of my own and press photos*

Tips for First-Time Travellers to Tokyo