With Autumn slowly leaving us and the winter months draw ahead, I like to stock up on fun games to do with the kids whilst we while away the shorter days.  I’ve always been a fan of boardgames since I was a little girl and loved how it brings all the family together! During Covid we introduced games night each Friday and we continue to do this which is lovely, despite some of the bickering it can cause (any parent can relate right!) 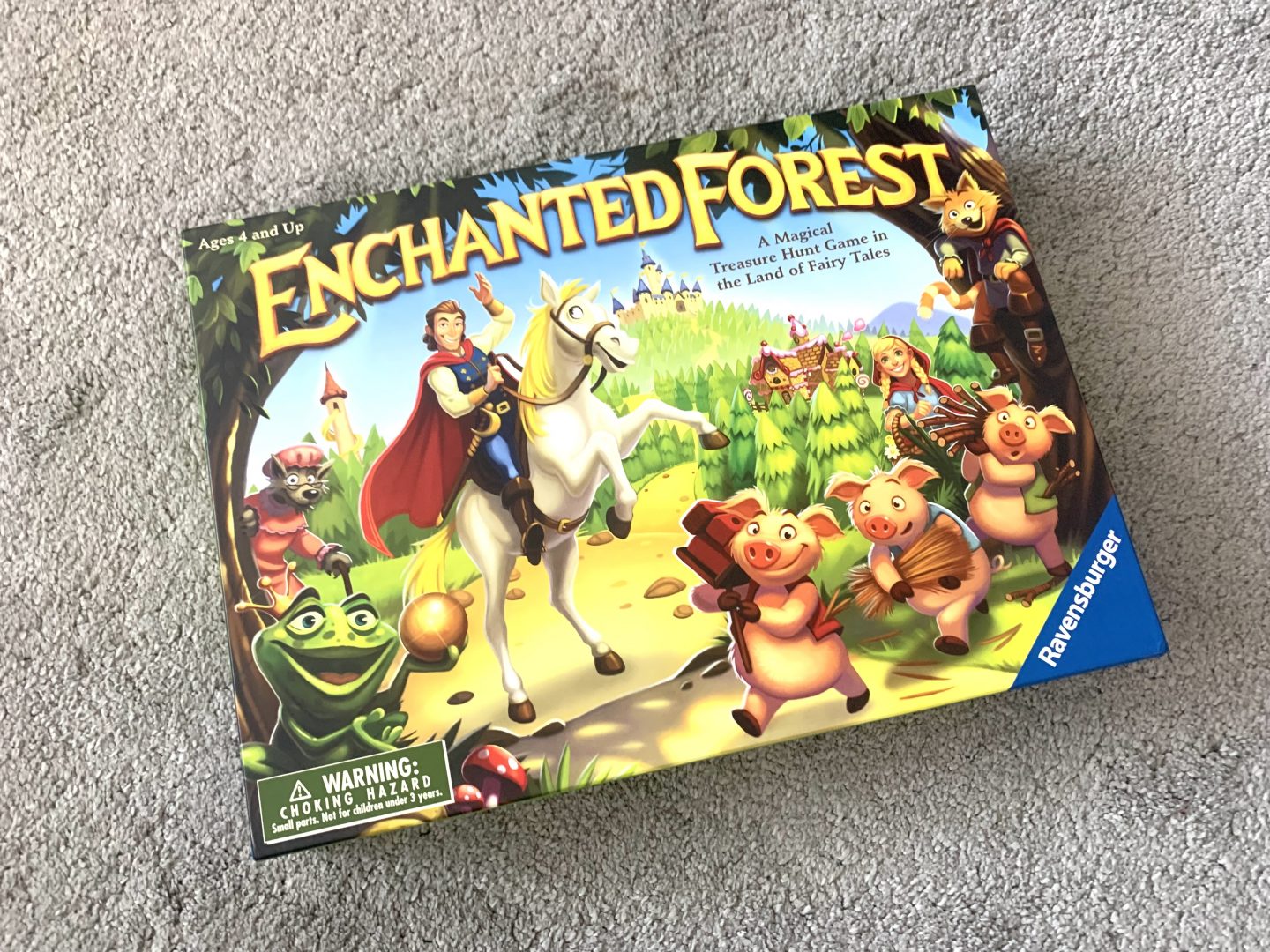 We have received the new Enchanted Forest boardgame by Ravensburger to enjoy over Christmas and already it is giving off Disney vibes with its castle and a prince on a horse – a real fairy tale story lies ahead.  With that being said, if fairy tales are your thing, then you’ll want to read more to find out about Enchanted Forest.

Set up of the game

The age is recommended for 4 year plus and from 2-6 players.  Within the boardgame, it offers a rectangular board game, several counters, trees,  tiles of treasure cards and circular tokens as well as two die.  Set up is pretty simple, with counters being placed in the village, treasure tiles to be placed in the castle with one tile facing up and trees at the locations dotted around the board. 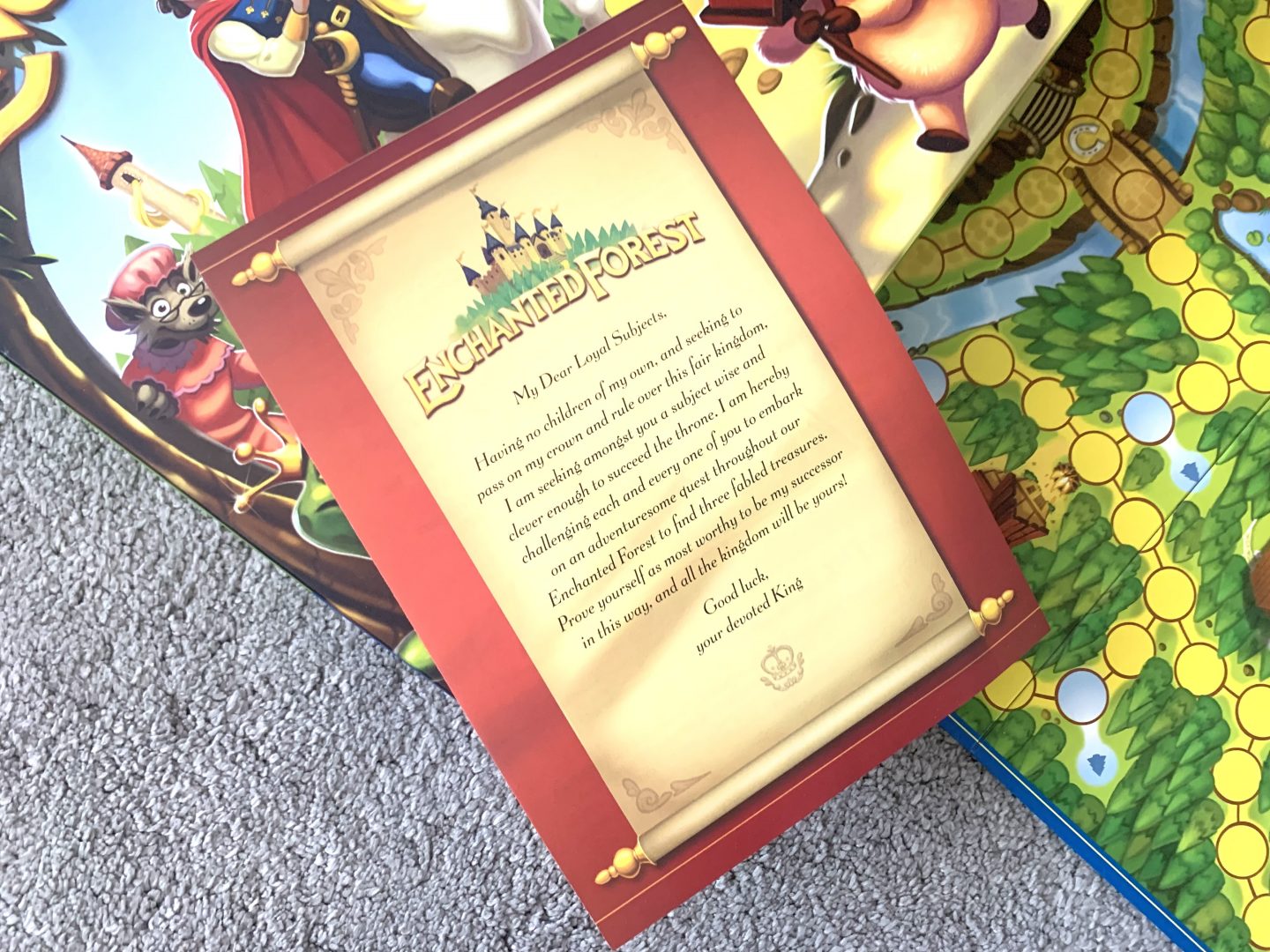 Before the game begins, players will need to pop the tokens underneath each tree on the gameboard.  These tokens are the treasure so it is important to not know which tree is hiding which piece of treasure!  So give them trees a mix before placing them down on the board. 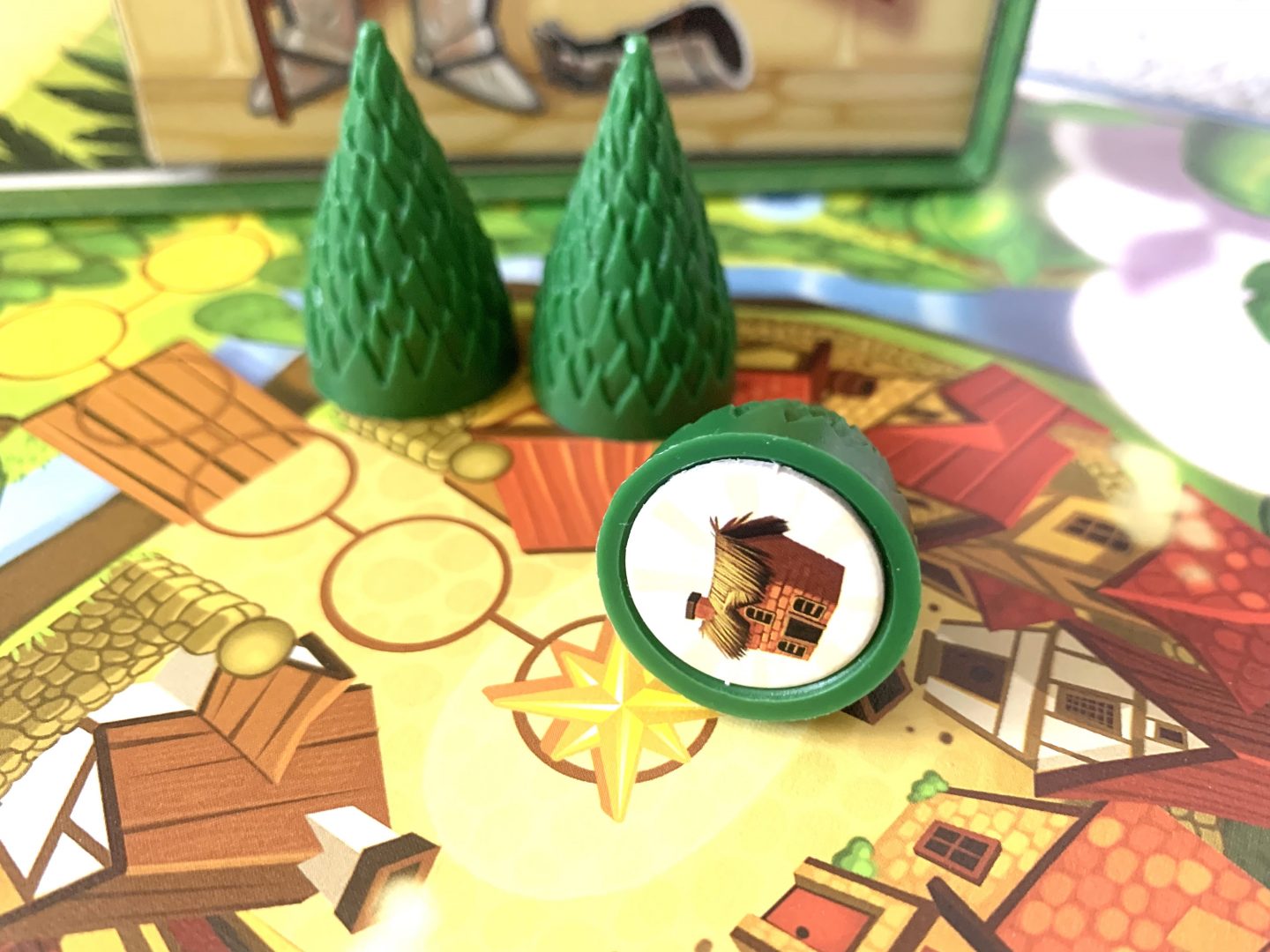 This magical game offers two different types of game play; the beginner friendly game and the ‘classic’ game which will last longer with more competition and strategy included.  However, both games are the same outcome with the winner being the first player to collect THREE pieces of treasure.

The beginners version allows a player to move up to any number of places shown on the two die.  The aim is to land on a blue space (a tree space) to gather the treasure and match it up with the treasure tile.  The trick is to memorise where all the treasure is hiding under the different trees and quickly race to the castle to claim your treasure!  The game continues to play out with a new treasure tile being turned over for everyone to find.  As you play, you’ll notice players remembering where the treasure is hidden! 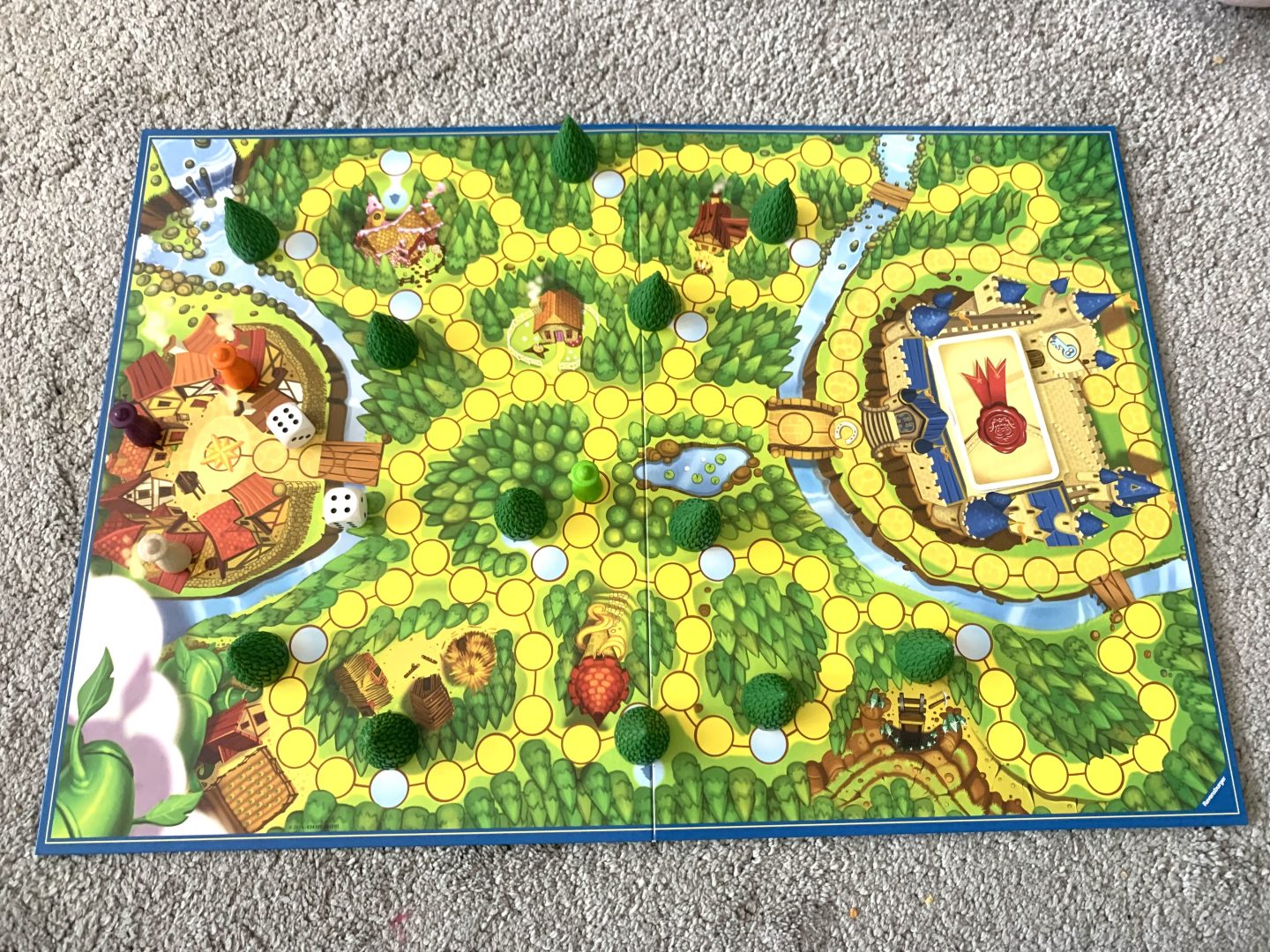 The classic version offers a little more difficulty in that players have to move the exact number of places shown on the die, players can send other players back to the village and using magic if rolling a double.  This does slow the process of the game down due to taking longer to land on a tree space.

Our verdict of Enchanted Forest

This is a simple but effective that all the family can place.  In all honestly, sometimes the simple games are the best, meaning everyone is clear of the rules, there is no confusion and its exclusive to all ages.  The fact you can mix up the game play a bit is appealing so that you can play two versions.  The game is great for testing out people’s memory too, which my kids love! 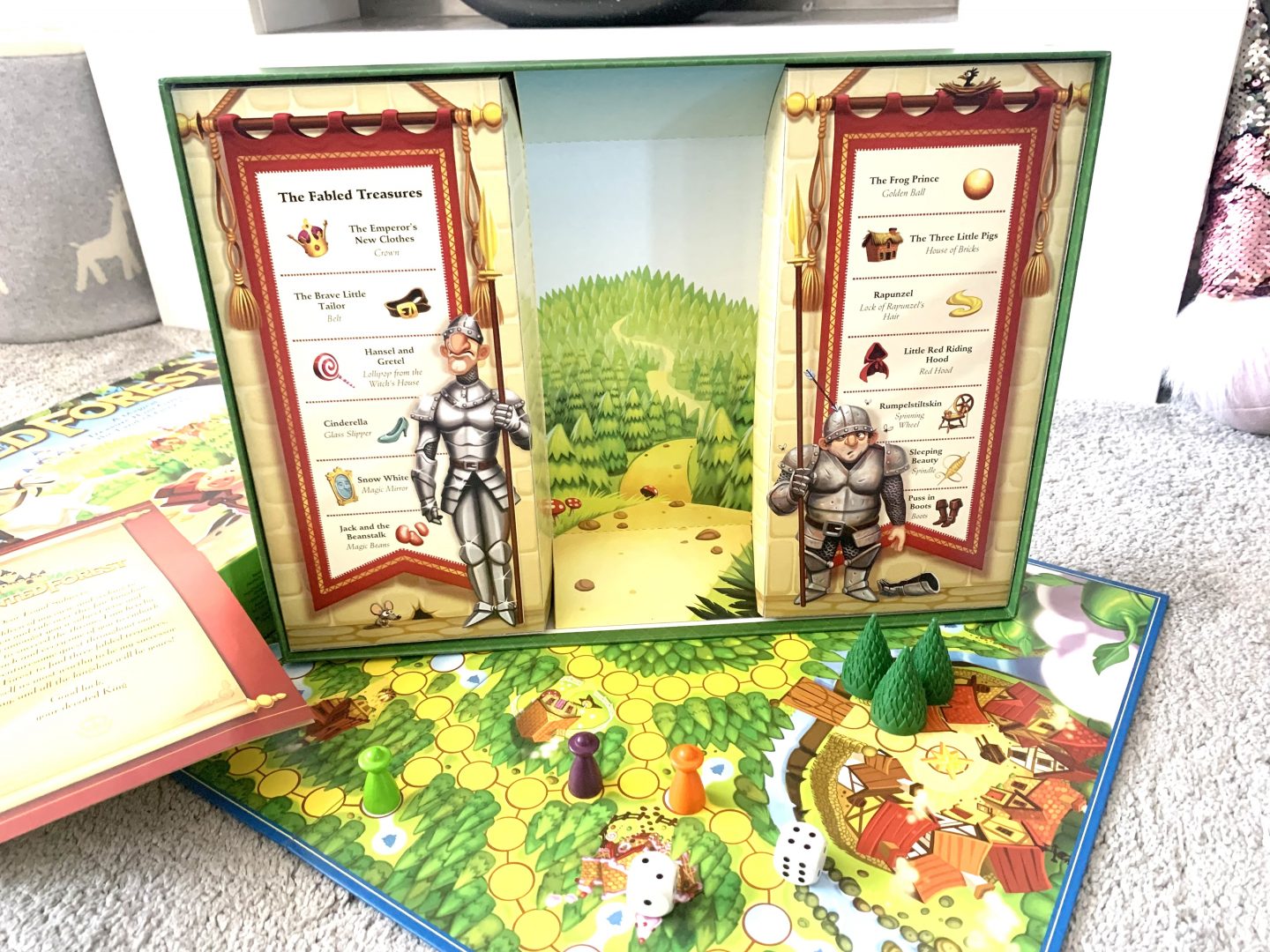 Of course, throw in a bit of luck too and it can be a real quest to see who can win the game!  For example, the treasure could be under the first tree you reveal, or it could be one of the last!

With my youngest being 5, I can imagine his memory may not be as good as mine, so it might be worth playing in teams if you have really young children within your family.  We tend to do this quite a lot anyway supporting the younger ones as we play.

We love the colourful and fairy tale magical theming to the game.  The boardgame is made of solid cardboard its sturdy and easy to set up. Overall, its a thumbs up!

Enchanted Forest is available to purchase from Smyths.

The Benefits of Music Lessons in Schools

Ideas to Refresh Your Home

How to Make Moving House a Little…