Even before the kids came along, Matt and I have loved the Ice Age films.  If you know and have watched the film series, you’ll know all about the films side kick, Scrat!  Always the fool who can never seem to catch that nut, Scrat brings even more humour to the franchise of films, with its own teaser clips.  Off on an adventure, Scrat is always full of life, fun and lots of laughs!

We introduced the kids to the Ice Age films over the years, and so we were really excited to be asked to review the newly released game Ice Age: Scrat’s Nutty Adventure, which is available on most game consoles such as Xbox One, Nintendo Switch and PC.  Mr B is lucky enough to own a PS4, and we were pleased to see that this fun, family friendly game was available! 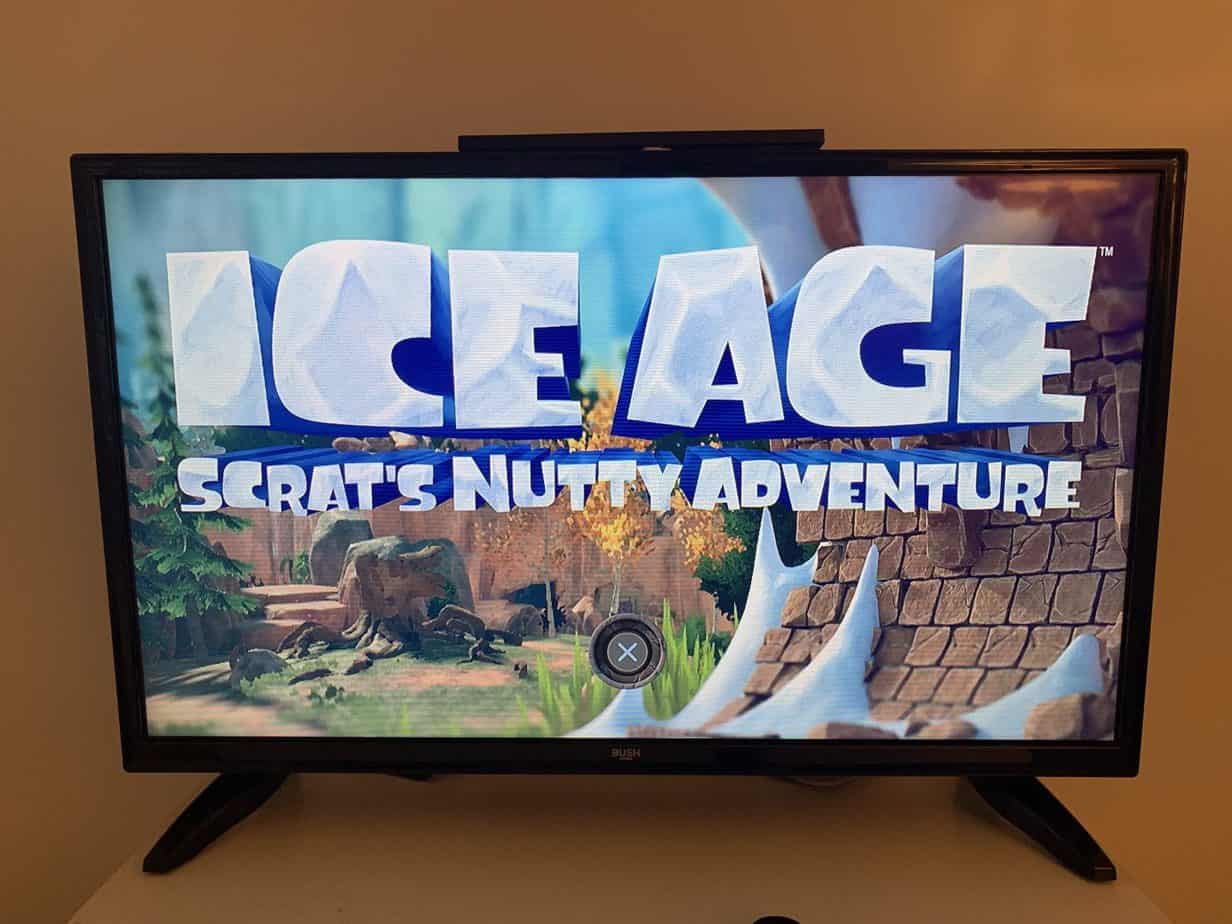 Immediately I knew that this would be a game that we could play as a family.  Admittedly, Mr B enjoys playing Fortnite and Fifa.  But having said that, he also enjoys games that are a little more laid back.  Thanks to our copy of Ice Age: Scrat’s Nutty Adventure, we’ve been able to have a play, and see what this newly released game is all about!

What is Ice Age: Scrat’s Nutty Adventure on PS4

Simply, this Ice Age computer game is exactly what it says in the title.  An ice age adventure, featuring the ever so popular Scrat the Sabre tooth squirrel!  Ice Age: Scrat’s Nutty Adventure is a 3D platform game that see’s Scrat take on an adventure through the different worlds of the Ice Age, meeting many challenges and surprises along the way! 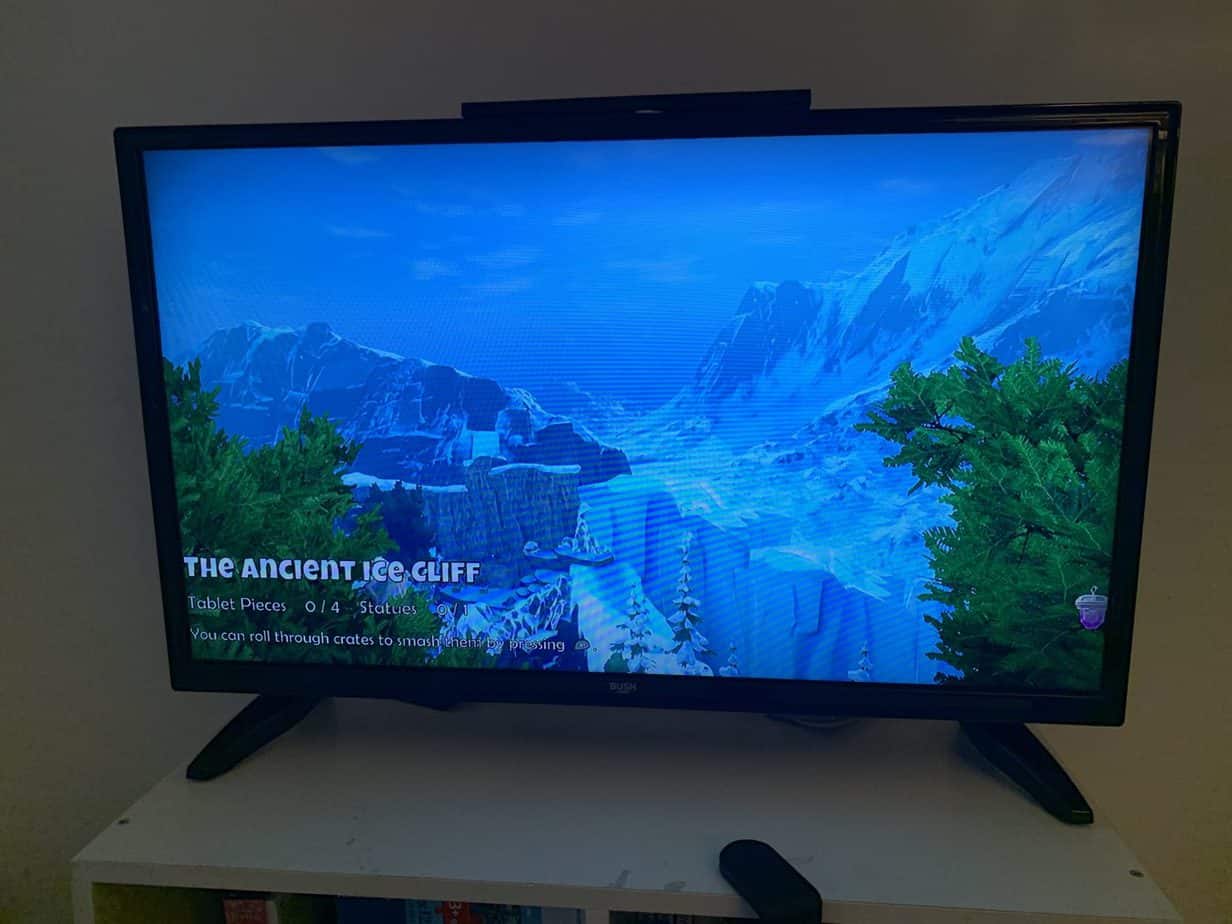 Scrat’s aim, is to collect the sacred crystal nuts, which can be found across the many different lands you have to travel through.  But of course, as with any adventure game, you have to tackle many tasks and challenges.  We’ve faced climbing walls, jumping across moving plates and even skating down glaciers.  We’ve also met a fair few enemies along our journey, having to battle again large beetles and even prehistoric meerkats!  As you tackle these enemies, your life line can shorten, until eventually you face death!  You can boost your health with health boxes to bash, alongside collecting purple gems. 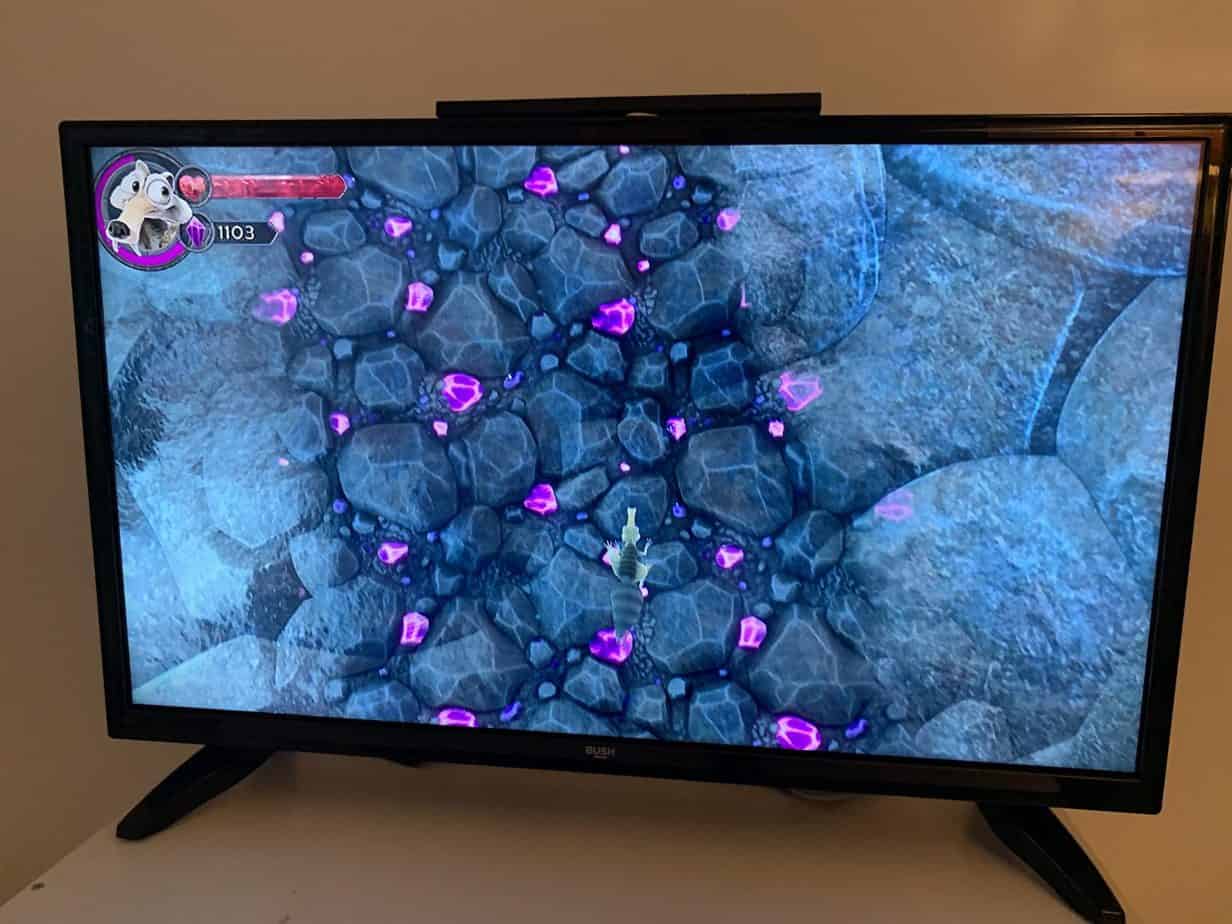 Who is Ice Age: Scrat’s Nutty Adventure aimed for

This fun and challenging game, featuring 3D graphics and amazement, is aimed for kids aged 7 and over.  Personally, I find that children younger than this can enjoy this prehistoric ice age adventure, as it’s fairly easy to navigate around, and the controls are also simple and clear.  I also feel that this is a perfect family console game, appealing to kids who also enjoy watching their parents or older siblings play. 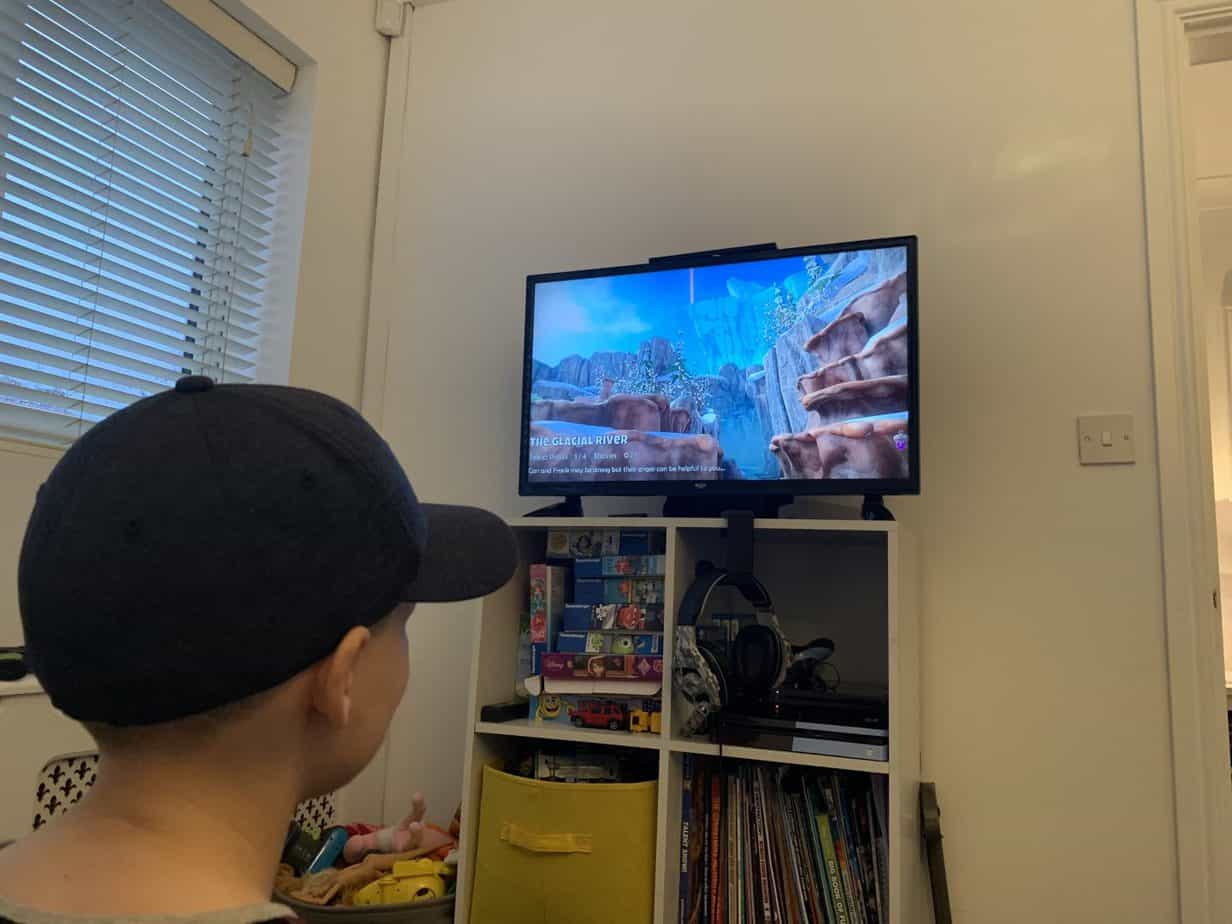 So, what do we think of Ice Age: Scrat’s Nutty Adventure?  Well, firstly, I found it as an adult to be very user friendly, appealing to kids of all ages.  It is also appealing to the whole family, which is lovely when you all want to enjoy a game together.  It is also really refreshing to play something that is keeping with the tradition of adventure level games – similar to the days of Crash Bandicoot and Rayman! 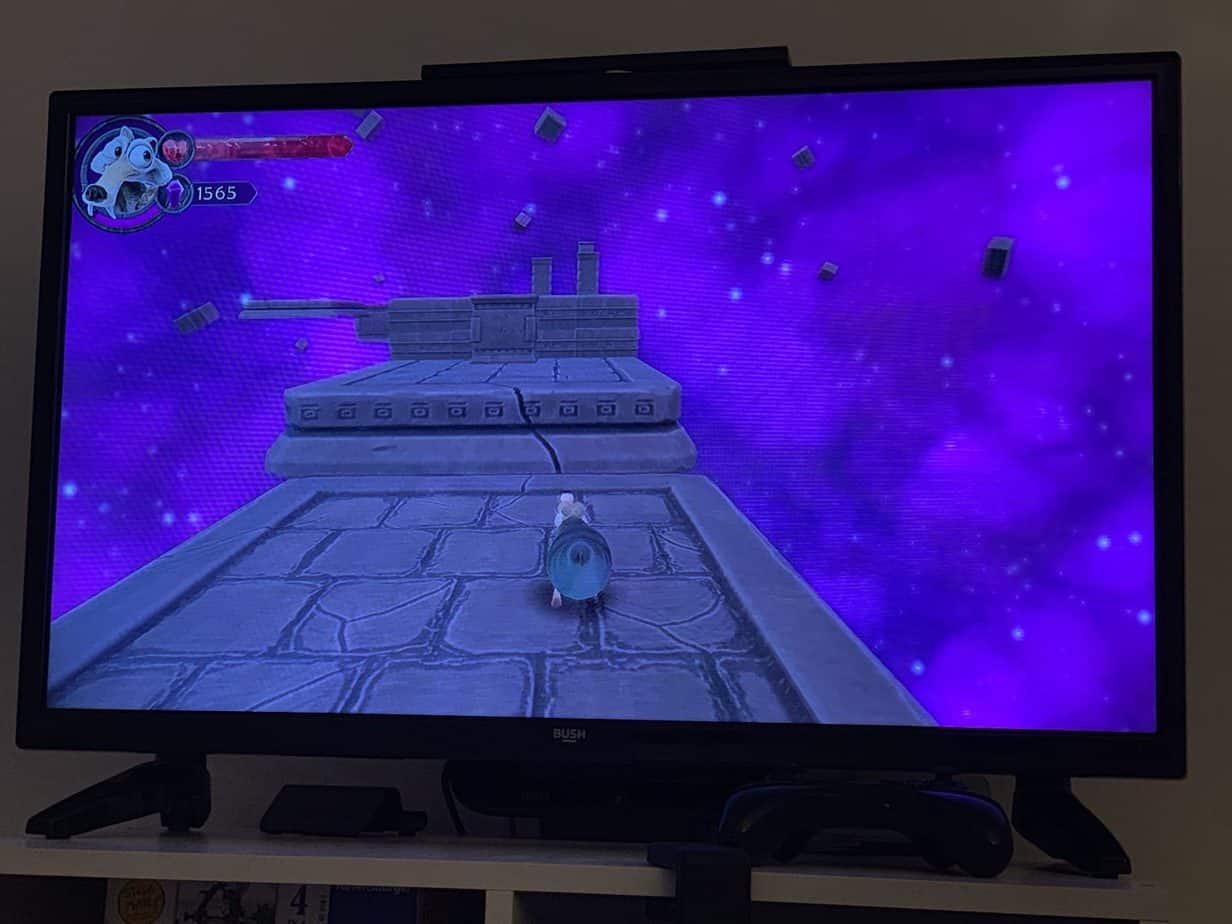 I found the game simple to play, with some challenges that took some time to complete.   But nothing we faced made us give up, as some games out that are too difficult and often make the player uninterested and bored.

Mr B thought the game was good fun, being the PS4 pro he is at 9 years old!  We both thought the graphics were good, fun, bright and interesting.  On a few occasions he commented that he felt some of the challenges were a little easy, however once he was met with flying through the sky, with the aim to swoop through repetitive hoops, he took back his words!  We also felt that the game had a reasonable amount of check points, so that if we did die, we were not taken back too far into the game – that can be frustrating!  And even when you do die, you do not loose lives, so you’ll never have to begin the game from the start – genius! 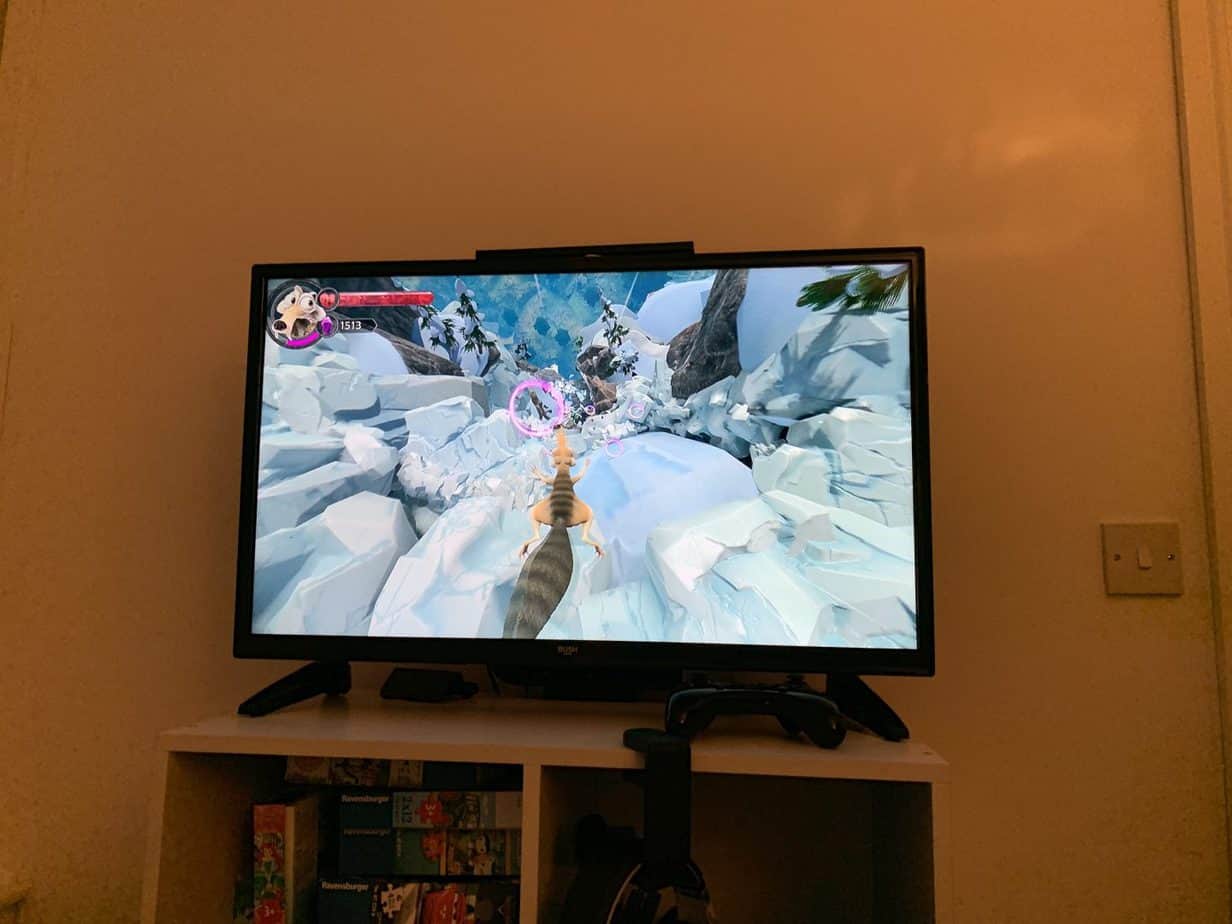 We also really enjoyed the boss levels, which is where you have to compete in a battle with a huge enemy.  These were tense and fun and involved lots of shrieks and entertaining frustration!

Overall, we felt it was a great family friendly console game, which we can enjoy to play all together.  Interested?  Take a look here.

Ice Age: Scrat’s Nutty Adventure is available to purchase now from most retailers.  It is available on PS4, Xbox One, Nintendo Switch and PC.  You can find it over on Amazon.

*We were kindly gifted Ice Age: Scrat’s Nutty Adventure on the PS4 for the purpose of this review*

Our Favourite Family Games for a 4…