Our Travel Day with British Airways to Walt Disney World

After a relatively good night sleep I woke up at 5am to an email that stated our flight with British Airways was going to be delayed 1 hour and 50 minutes.  I was becoming more anxious about this – for some reason (and this is where my irrational anxiety comes in) I was convinced that we were not going to get there.  I had already imagined something horrible happening to use prior to our holiday or something going wrong so that our holiday wasn’t going happen.  This was heightened by the news of Hurricane Dorian passing by Florida only days prior to our holiday, as well as the fact that BA were due to have strikes 2 days after our flight.  It had all amalgamated into one huge anxiety attack and I had pretty much felt sick for the past week.  So now I had to deal with a delayed flight and the risk that this was going to push our holiday further away.  (Looking back I understand now this was completely irrational – it was only a delay of 1 hour 50 minutes, not days!)

We decided that despite the alert of our delay, we would continue to get ready and head on over to South terminal at the normal time (we were also requested to arrive at the airport at the normal check in time incase the flight was moved to its original time) 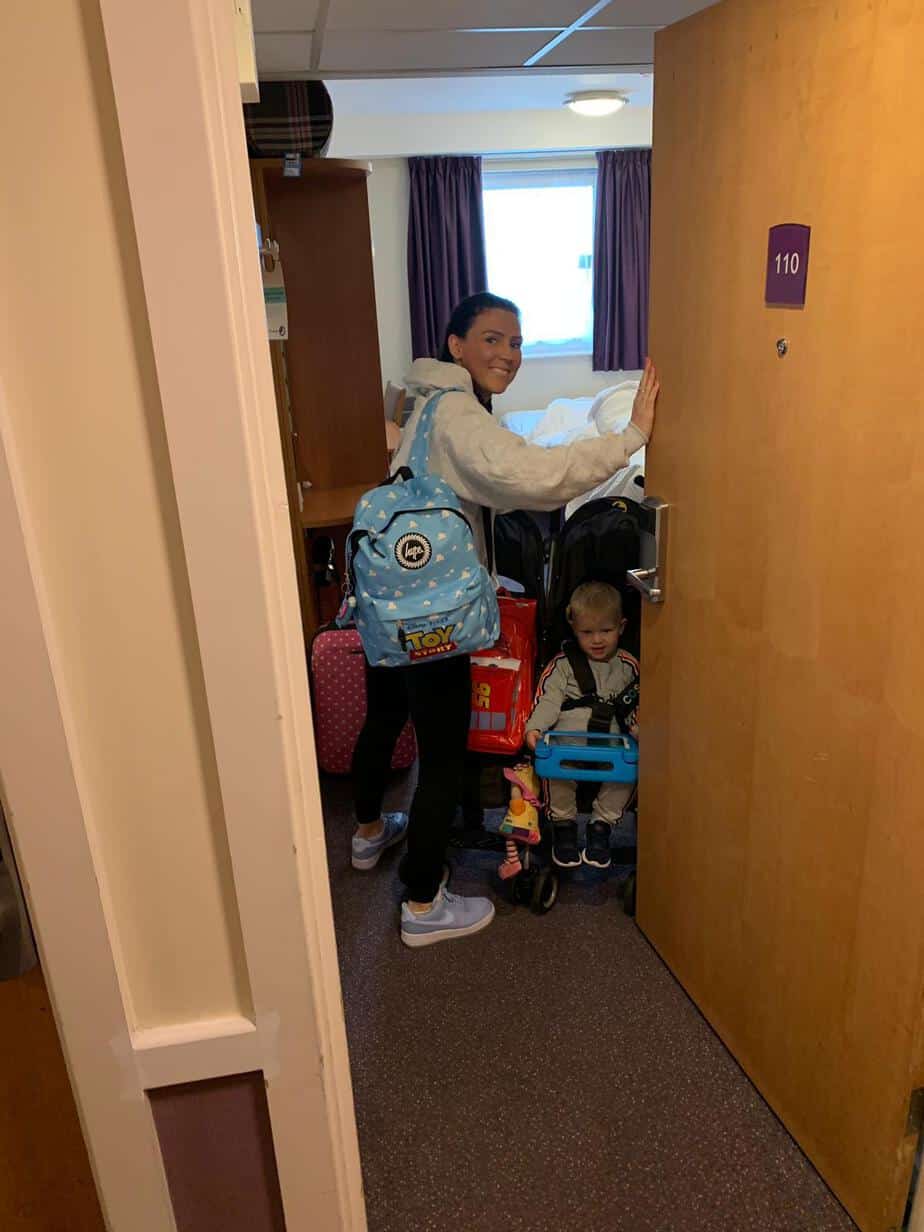 After grabbing some croissants from Costa, we headed on over to the terminal around 9am.  Despite attempting to check in online, my booking (and only me) didnt work and I had to go to the check in desk to check in.  Thats it, I thought, I can’t go….I was full of anxiety that for some reason, there was a problem with my passport and this was the reason why I couldnt check in to our flight.

Alas, after some googling (google is somethings a life saver!) I realised that this was completely normal and that it was simply due to extra security checks and I was chosen at random – of course it had to be me thought hey! 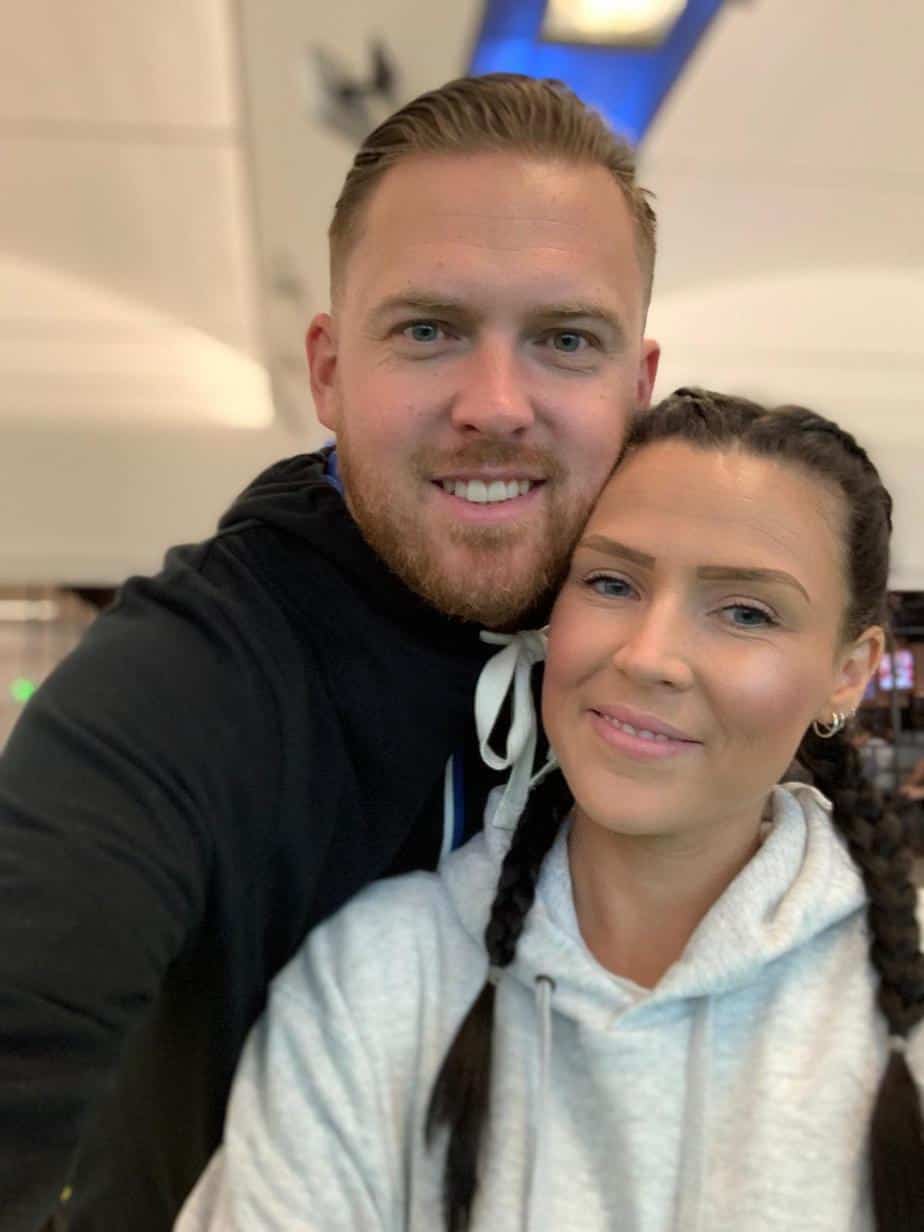 We were checked in quite quickly and now my tense shoulders could relax. We were though premium security and headed straight to the soft play area.  This is located on the first floor not far from the WonderTree restaurant.  This is a great addition to any airport in my opinion, although the anxious me was thinking about what if one of the kids broke a bone whilst playing – christ! 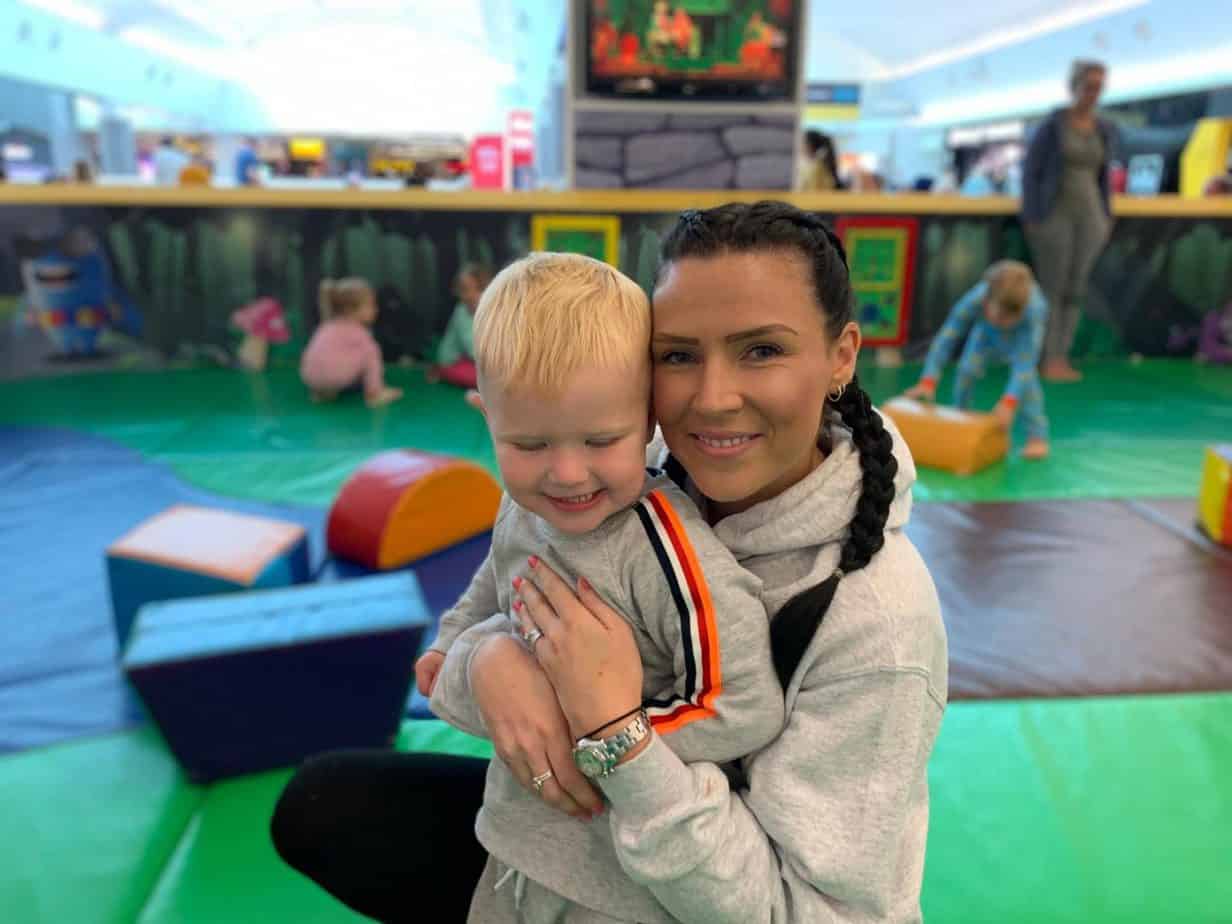 After some time we headed to the WonderTree restaurant where they had incredible views of the runway – we ensured we had a window seat and voila – the kids are entertained for the next few hours!  We even saw our plane land (which was delayed from Orlando) so it was good to know that it had arrived and we would soon be boarding.  Matt and I ordered drinks and a full english whilst the kids had pancakes.  The food was lovely and arrived quickly. 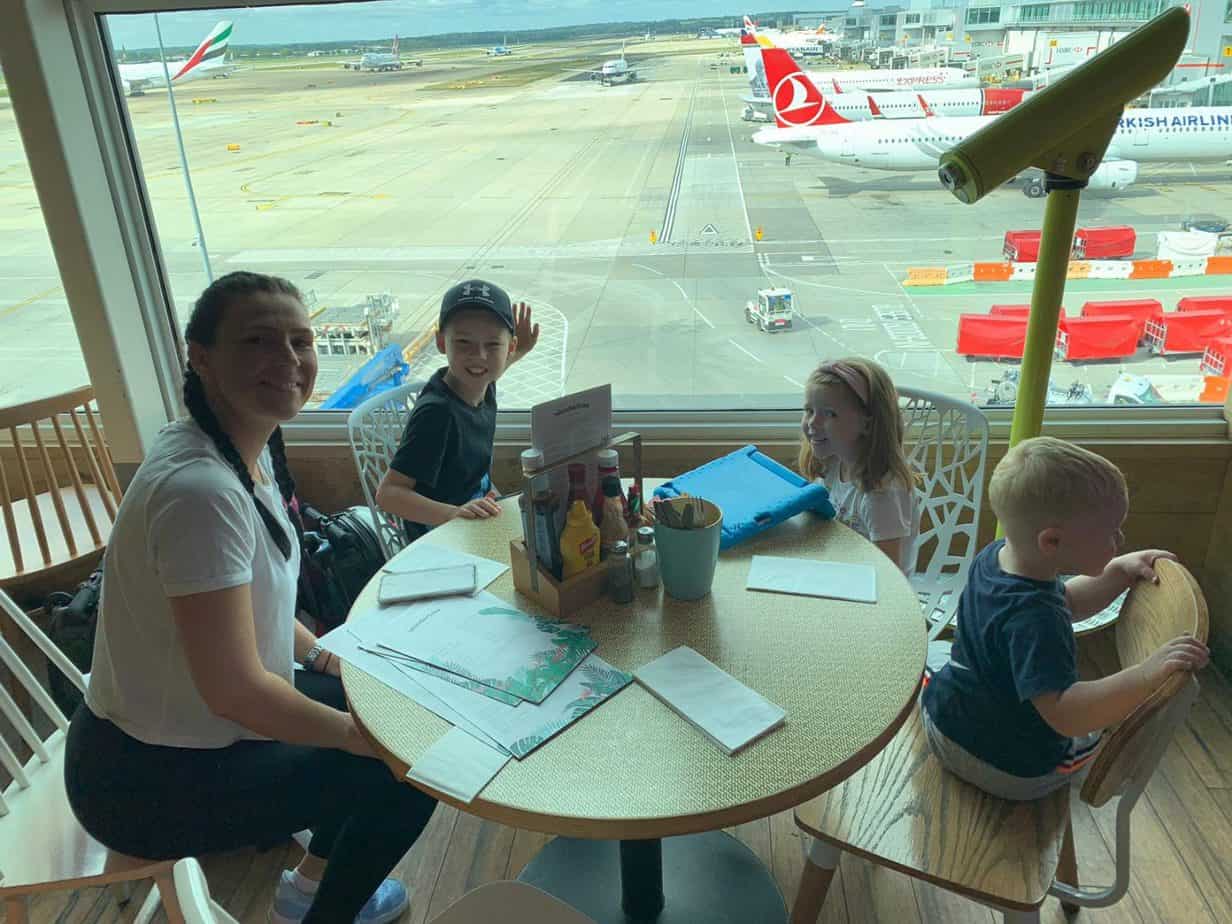 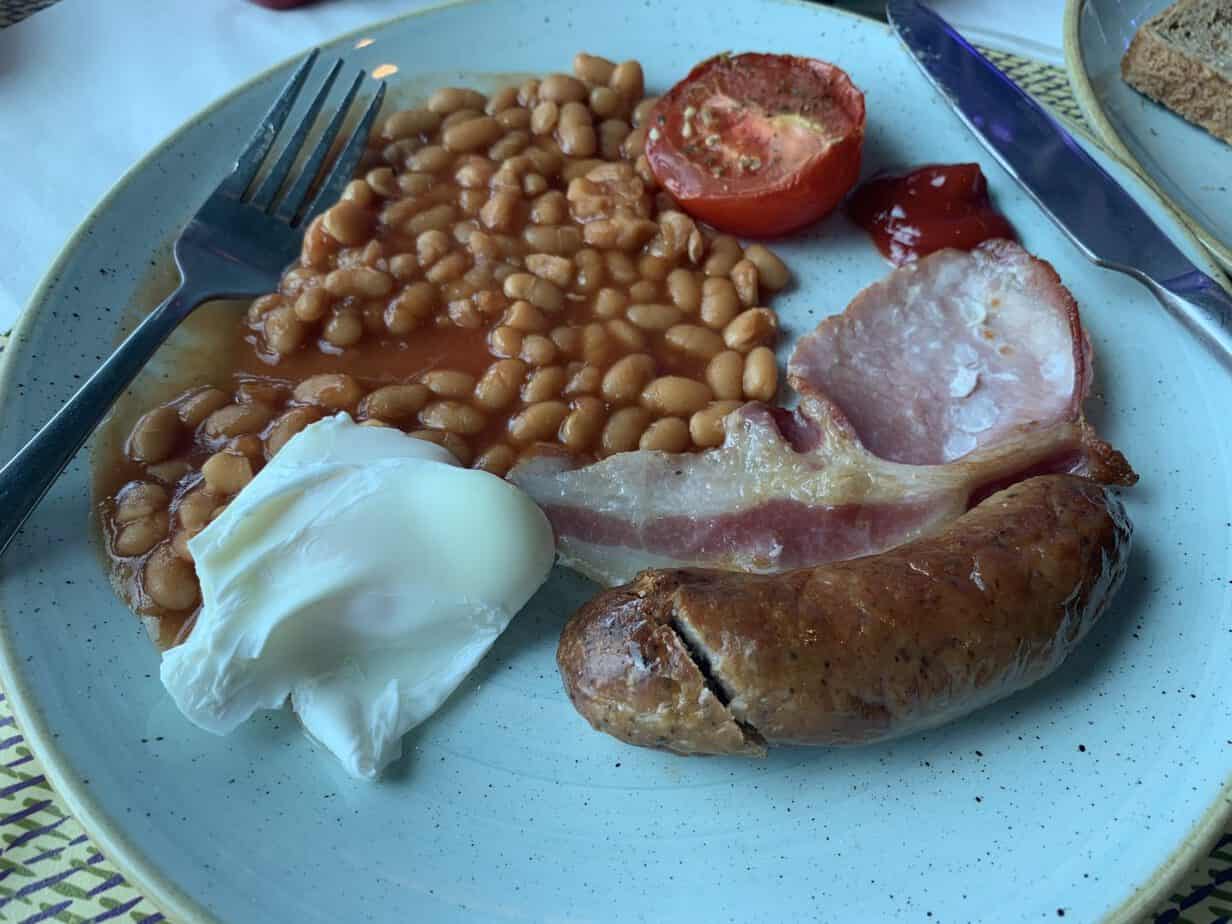 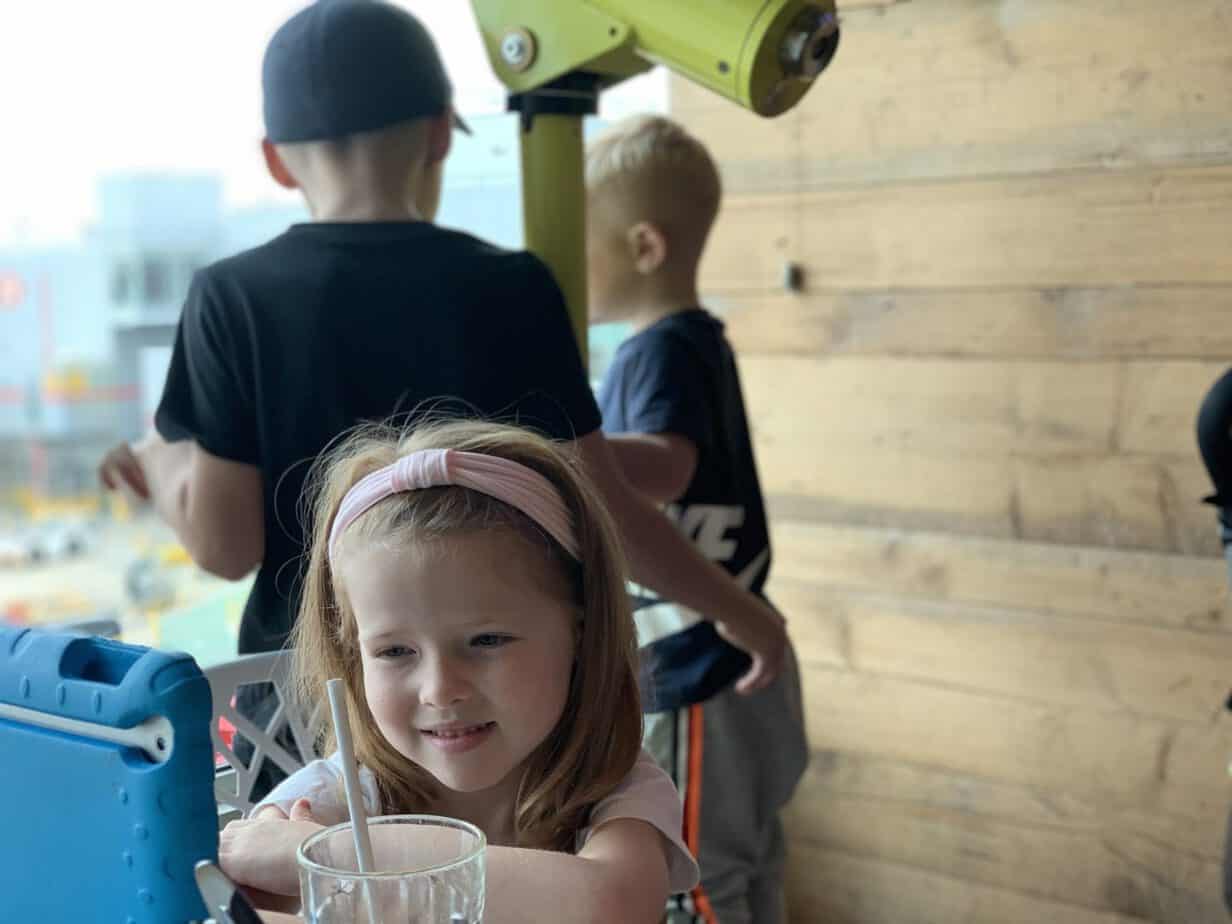 After cruising the shops and anxiously checking the board for our gate number to pop up, at 2pm our Gate showed and off we went to get ready to board – Woop it was happening!  We were actually going to Walt Disney World!!  We didn’t have to wait long at the gate before we began boarding and families and people who needed extra assistance got priority so we were soon seated.  Unfortunately 2 of the passengers who had checked in online had a car accident on the way (which the pilot informed us of) which is just awful.  This obviously and understandably put another delay onto our flight and we sat on the tarmac for another 50 minutes. 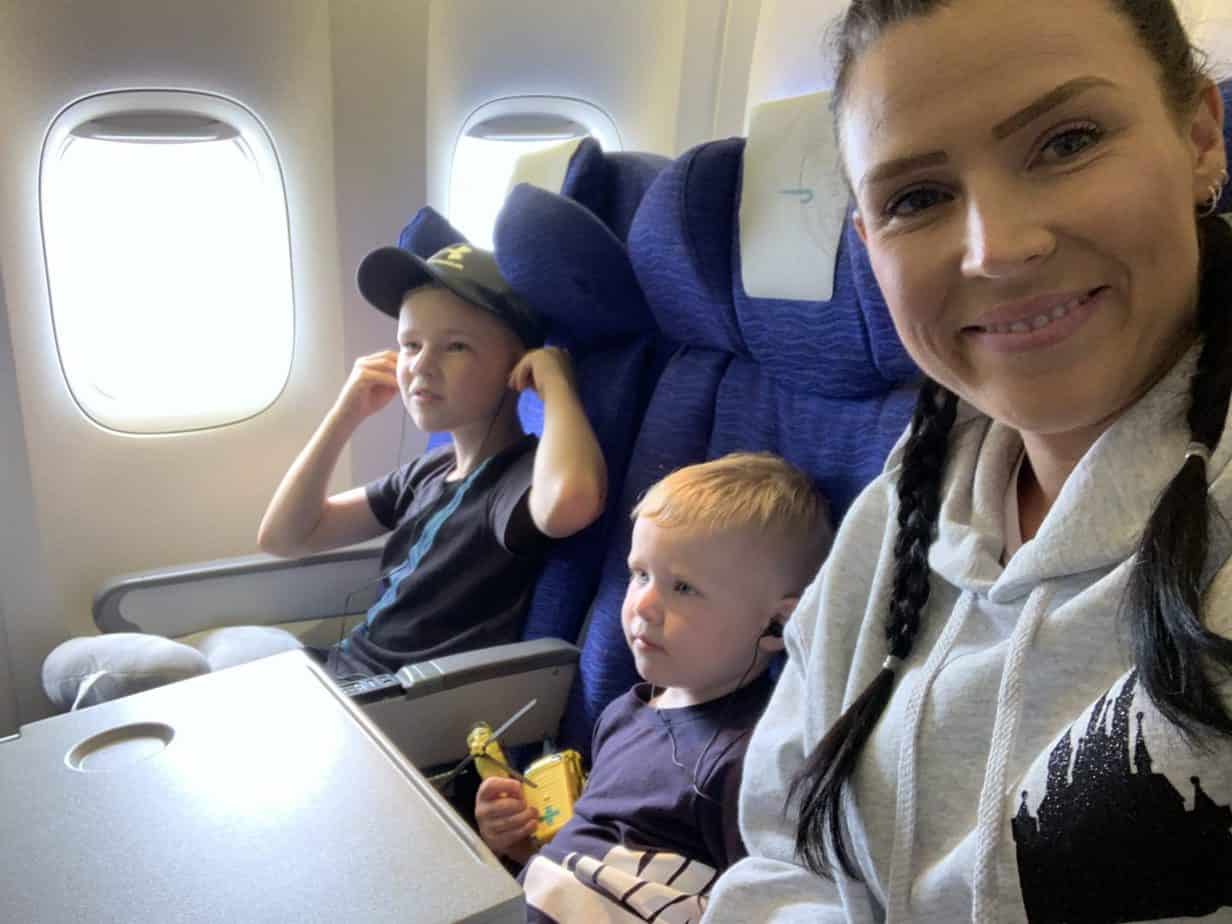 Finally at around 4pm we took off!!!  The kids seemed really settled and as they had never experienced a long haul flight before, were fascinated with their own TV’s and the snacks and drinks that arrived shortly after take off.  We all got a packet of pretzels and drinks before our meal arrived about 1.5 hours into our flight. 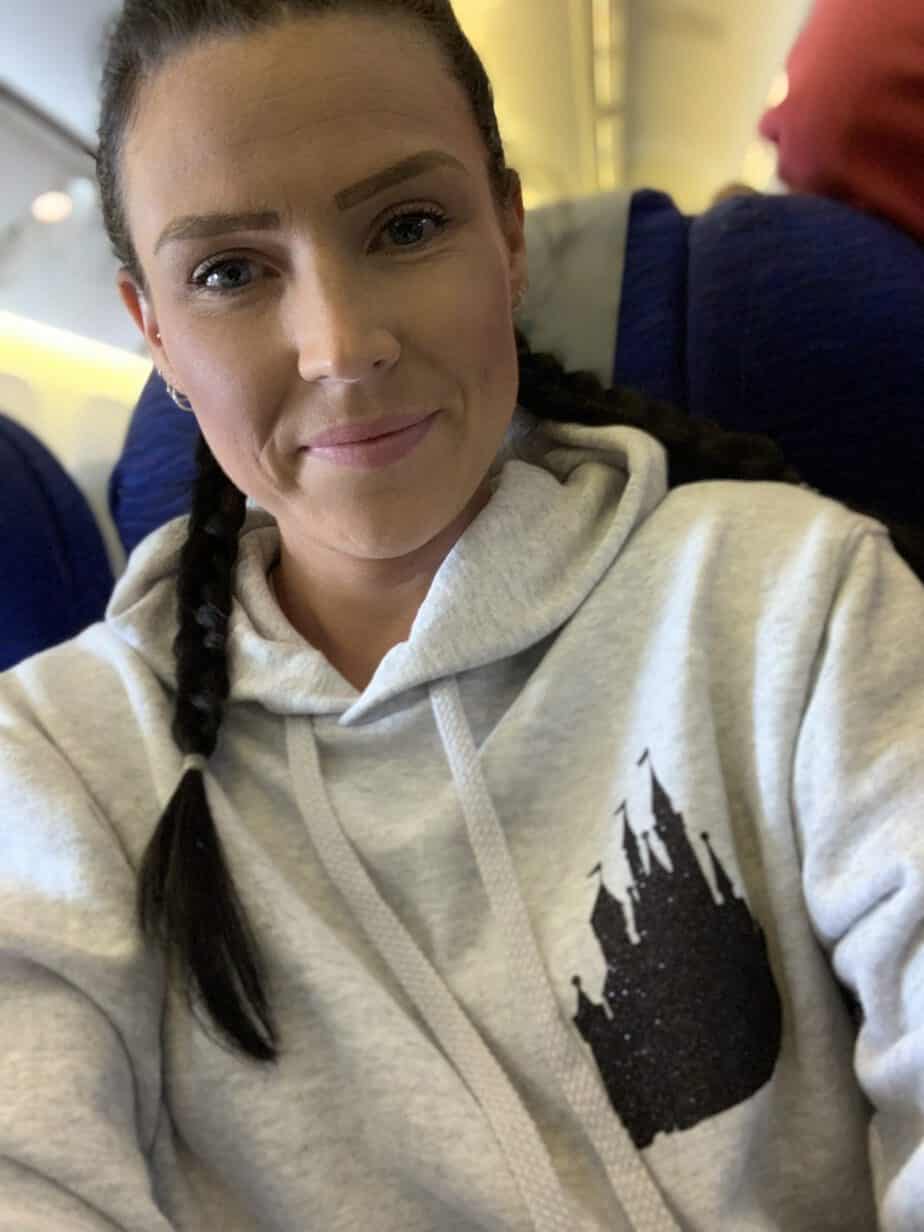 The kids also received a kids pack each inside a drawstring bag.  Inside was an activity book and some crayons. 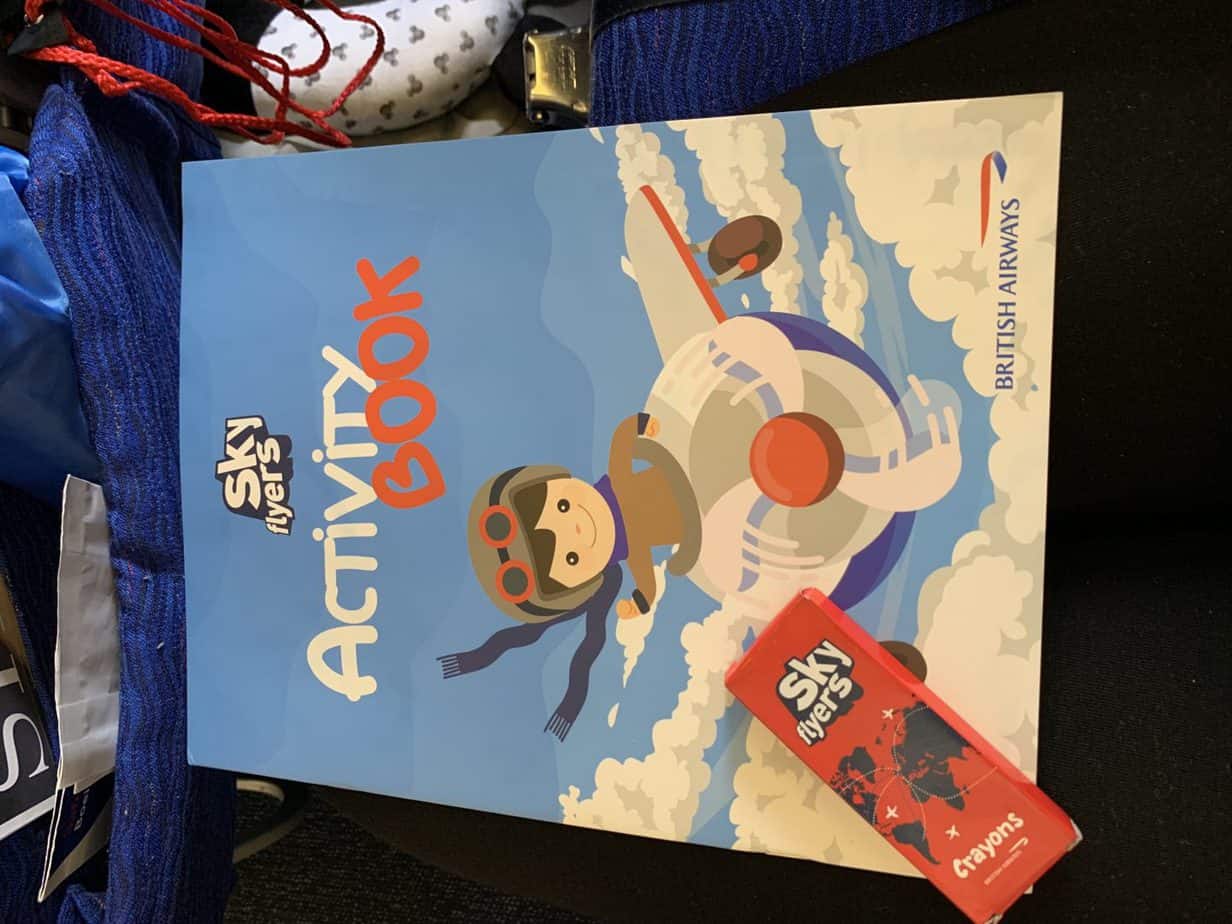 The kids meals consisted off chicken nuggets with mash potatoes and veg.  They also received a bread roll, butter, salad bowl, Babybel cheese and a Ribena drinks carton.  They also got a yoghurt and a chocolate bar.   The kids were happy with the chicken nuggets but didn’t eat the mash and left some of the veg.  They enjoyed the bread rolls and cheese and of course the chocolate! 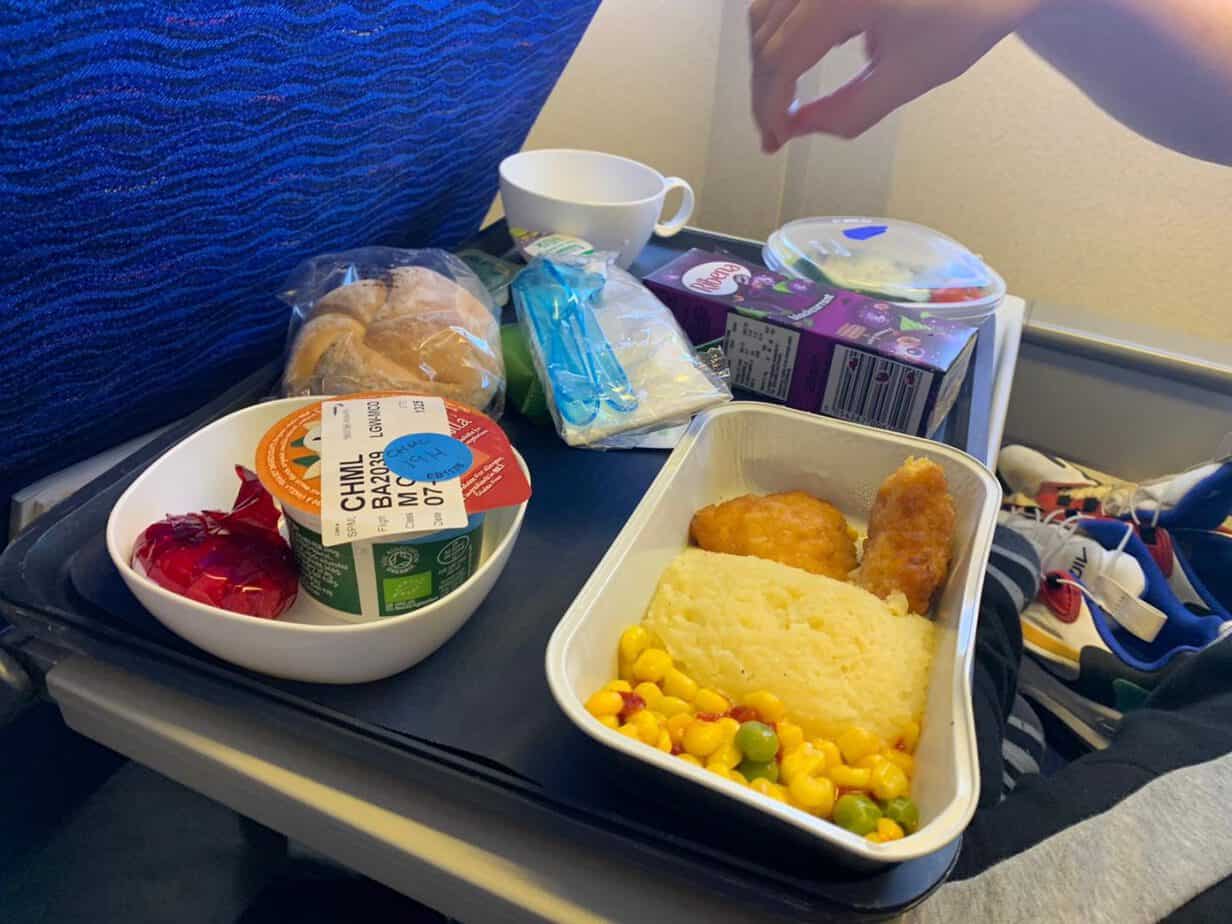 For us adults, we both opted for the chicken dish which was actually delicious.  We also received a quinoa salad, bread roll, cheese and crackers and the most delicious chocolate pot!  I was really impressed and pretty much cleared my tray!  Our meals were followed with a choice of either tea or coffee. 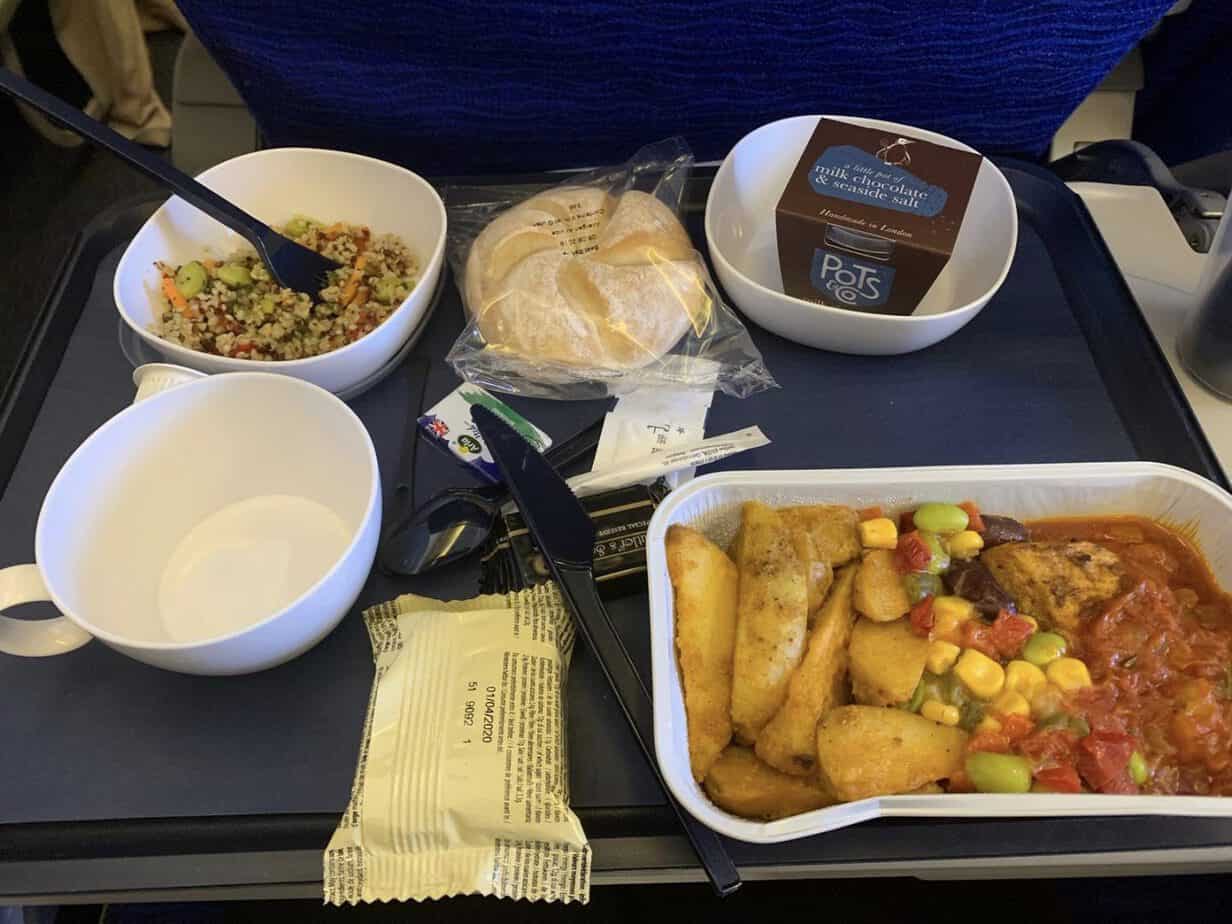 During the flight we had a pretty good entertainment programme and I attempted to watch Aladdin but as any parent understands, it’s pretty difficult to attempt to watch anything on a flight with little kids in tow!   Mr B really enjoyed watching several films and the premier league football highlights.  We also played Uno which is a great card game. 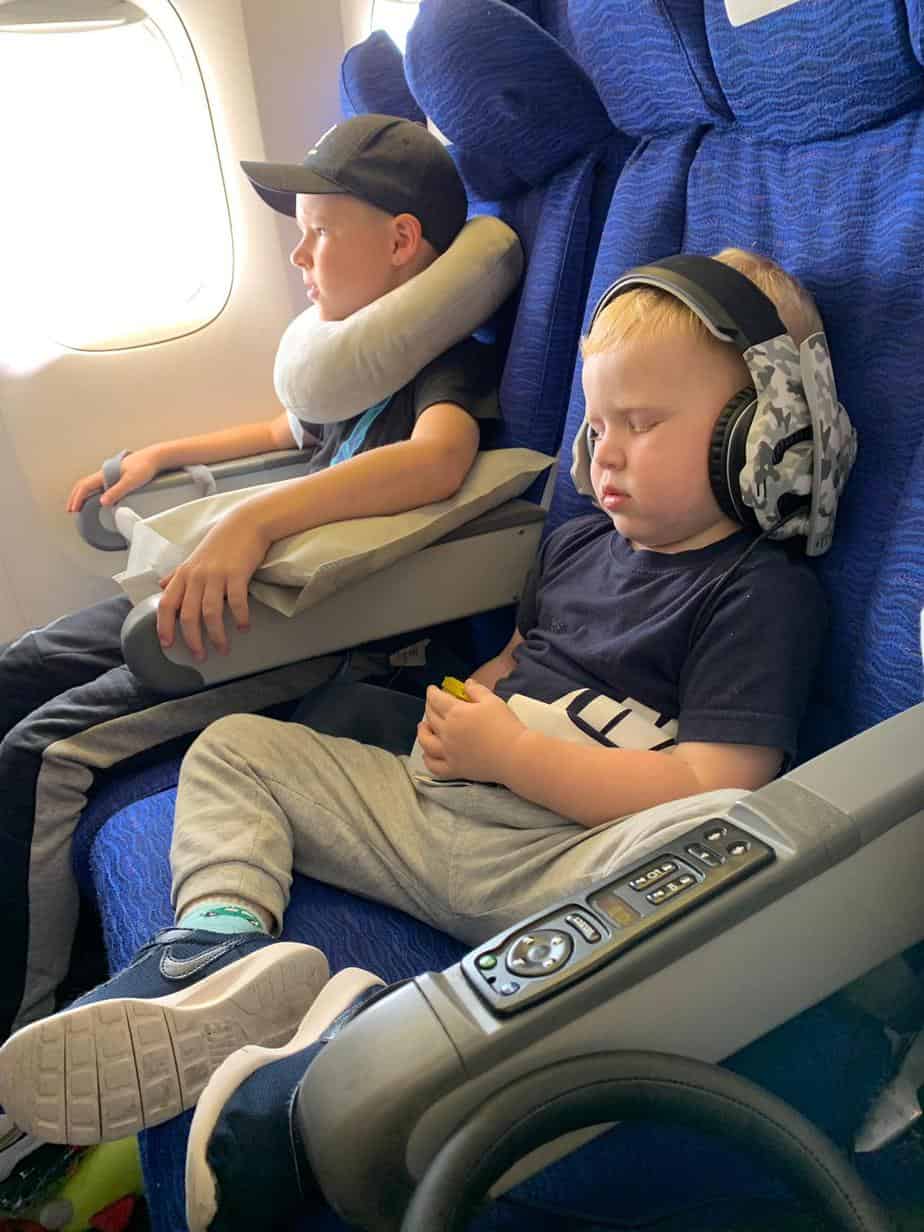 2 hours later we all received a magnum ice cream and then they also brought round some juice.  Around 1 hour before landing we also had an afternoon tea which we all opted out of.  Firstly because we were not hungry and secondly it was a salmon sandwich!  Salmon on a plane = No!

After a fairly smooth flight we soon had Florida in sight and at just before 8pm  we landed in the Sunshine State! 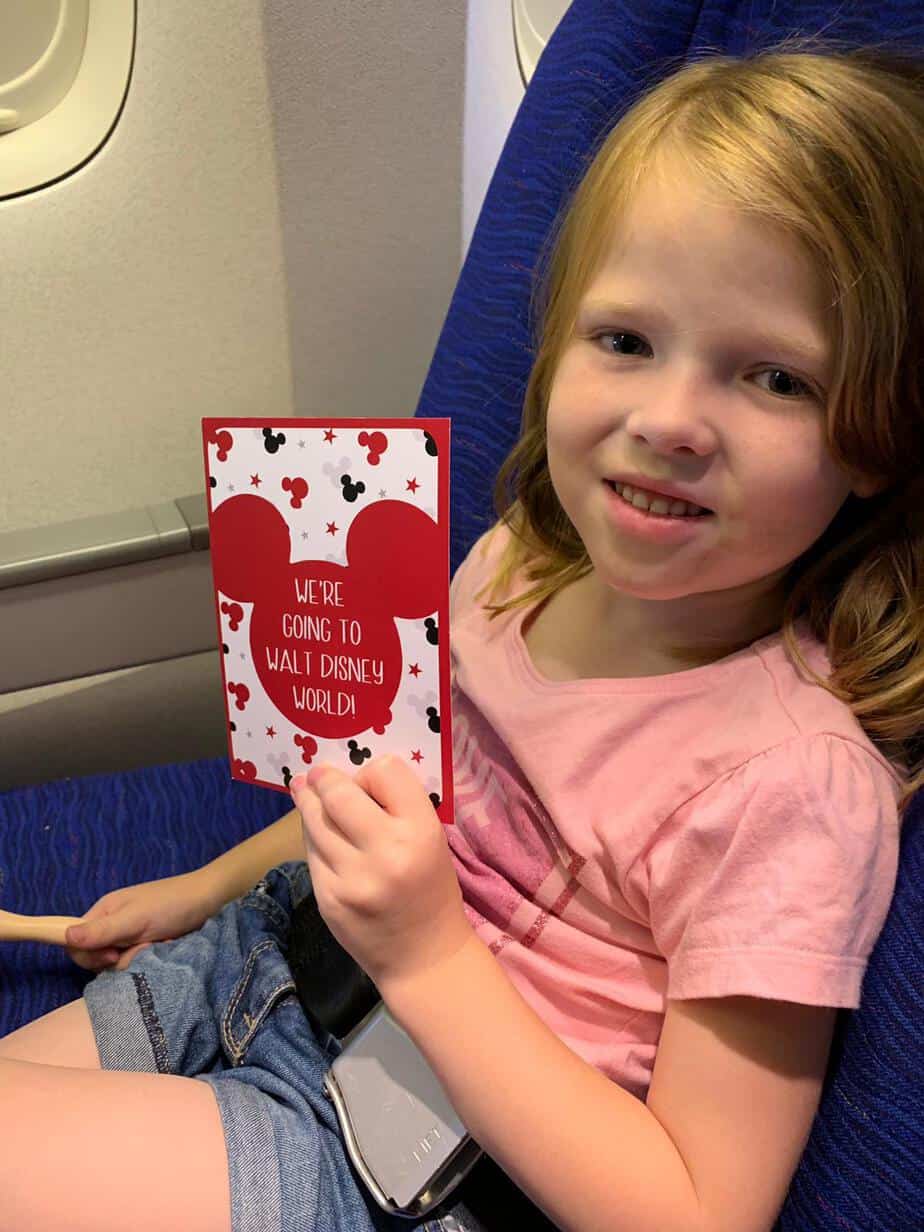 We knew that we now had to experience customs which is notorious for taking an age!  So I was quite pleased that it only took 40 minutes to get thought security and collect our luggage.  As we had 5 cases and 5 pieces of hand luggage, there is an option to have your cases taken off you once you collect them and delivered to the exit of the airport (it is all pretty stange and we didn’t know what we were doing but we thought it would be easier with the amount of cases we had as it was a fair trek to get to the exit involving a monorail and several lifts.)  However, it took 1 hour for the cases to be delivered to us and by this point we were all exhausted and just wanted to arrive at our Disney resort.

Finally, after what felt like forever our cases arrived and we boarded the magical express to take us too our final destination – Port Orleans Riverside Resort!  We didn’t have to wait too long as it’s only a short transfer of about 30 minutes. Port Orleans Riverside was the fourth drop after Key West Resort, Saratoga Springs and Port Orleans French Quarter.  All these resorts are in the Disney Springs area and so are really close by.

Note: The Magical Express is the Airport Transfer provided by Disney when booking direct. 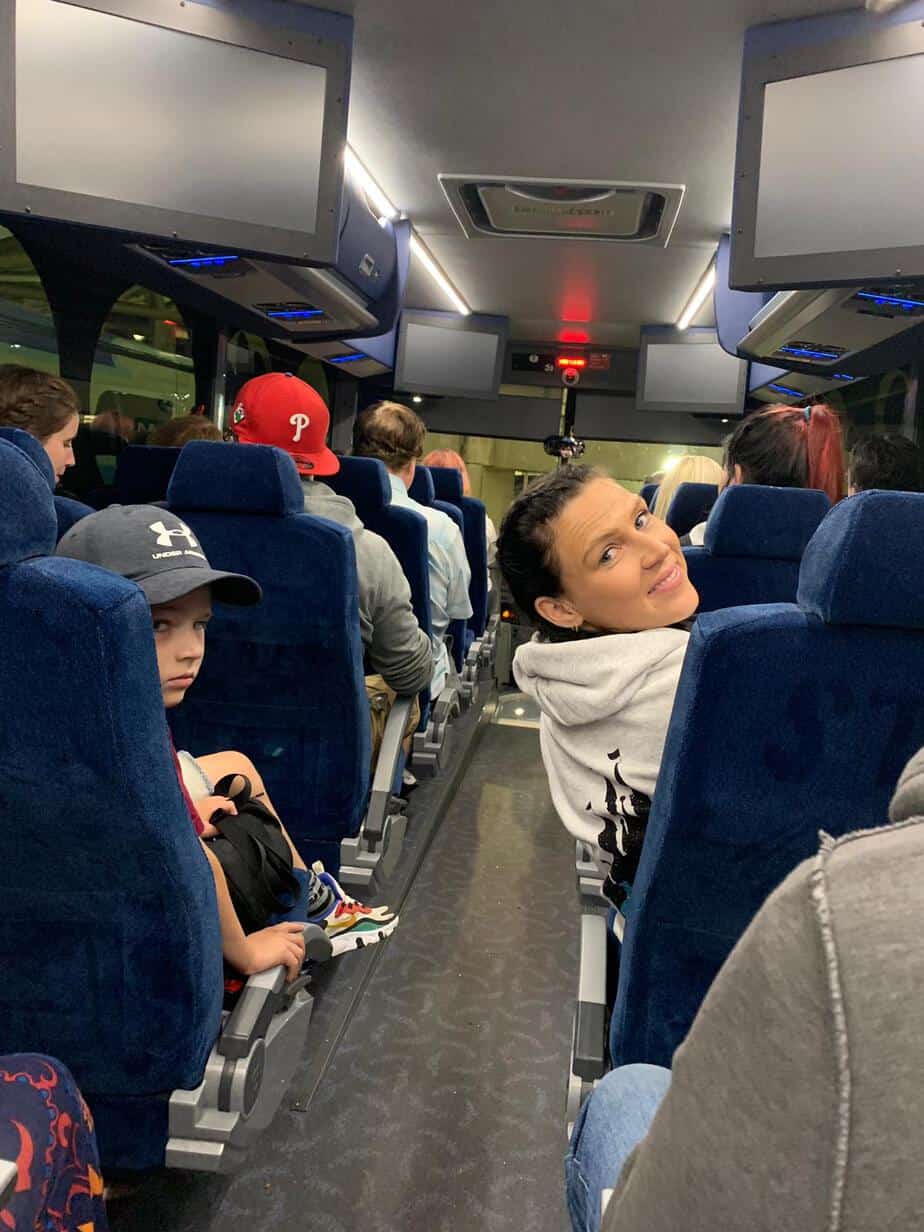 We had arrived!  Port Orleans Riverside is beautiful and whilst it was dark outside, we took advantage of checking out the reception area in all its beauty!  There is plenty of seating, and an area for kids to watch TV (Disney Channel of course!) and it feels like an inside of a glorious ship! 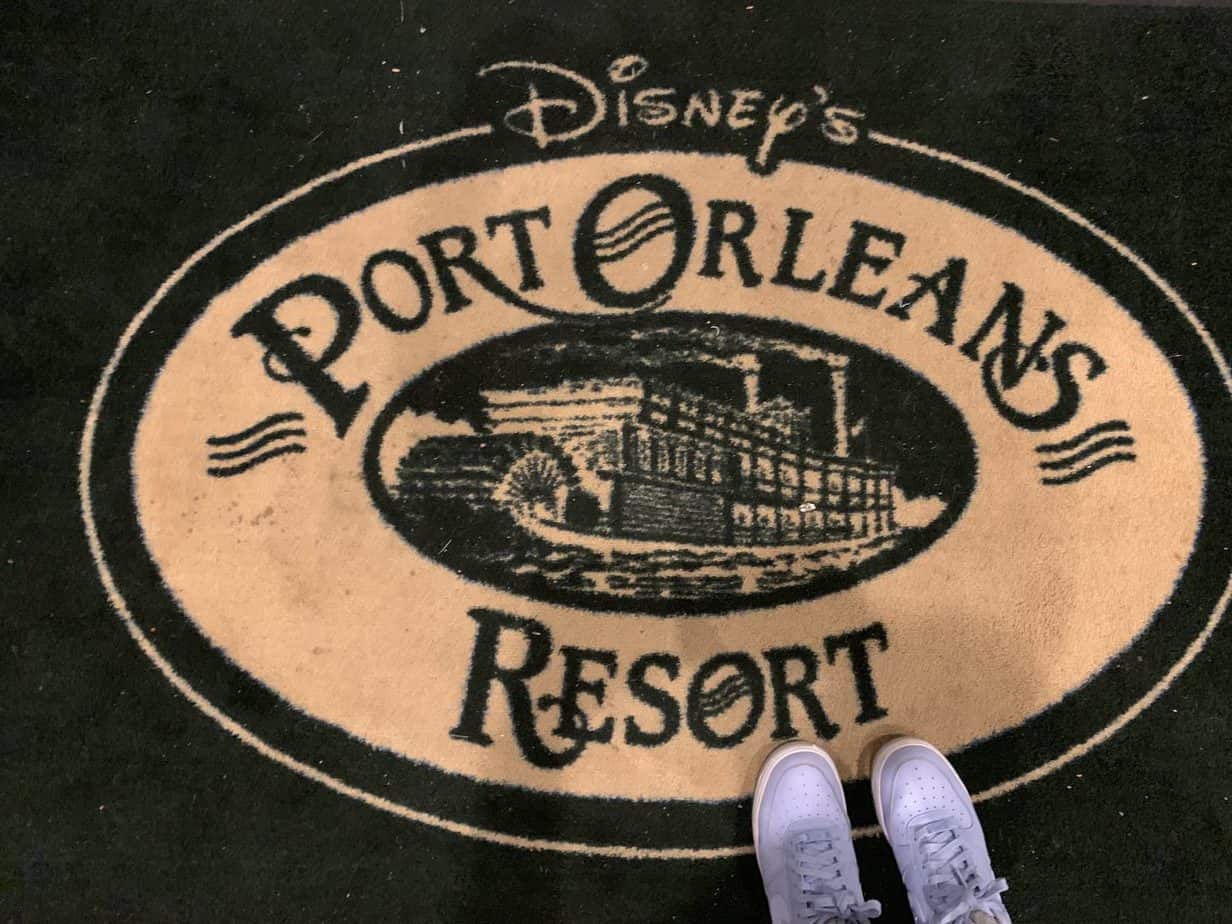 Check-in was smooth, aside from our room allocation!  It seems that despite booking a room in the Alligator Bayou area (where the rooms are allocated that can accommodate 5 guests) they’d allocated a room in a different area.  This meant that Baby K would have to go in a cot bed.  However, despite the mix up, the receptionist quickly fixed the problem and we had a new room in Alligator Bayou which can sleep 5. 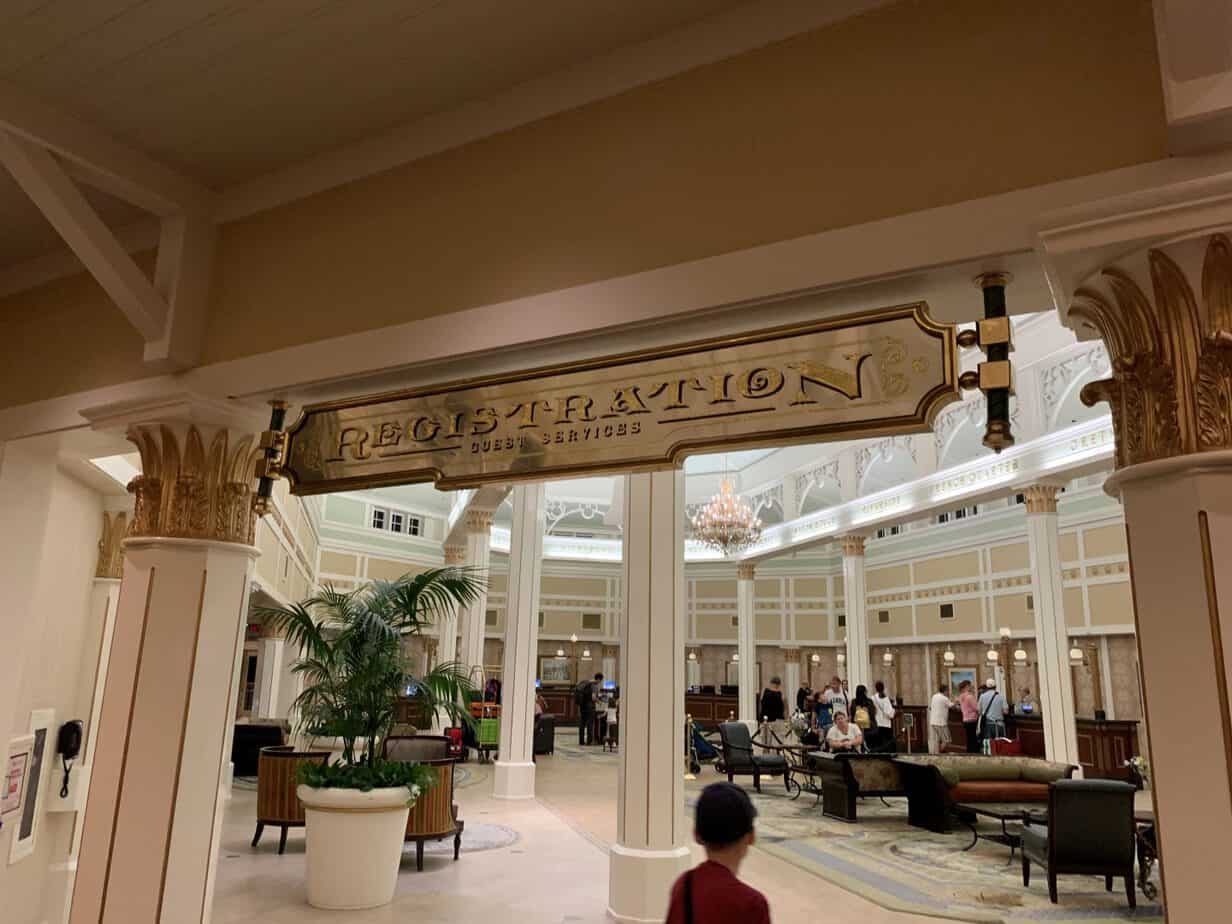 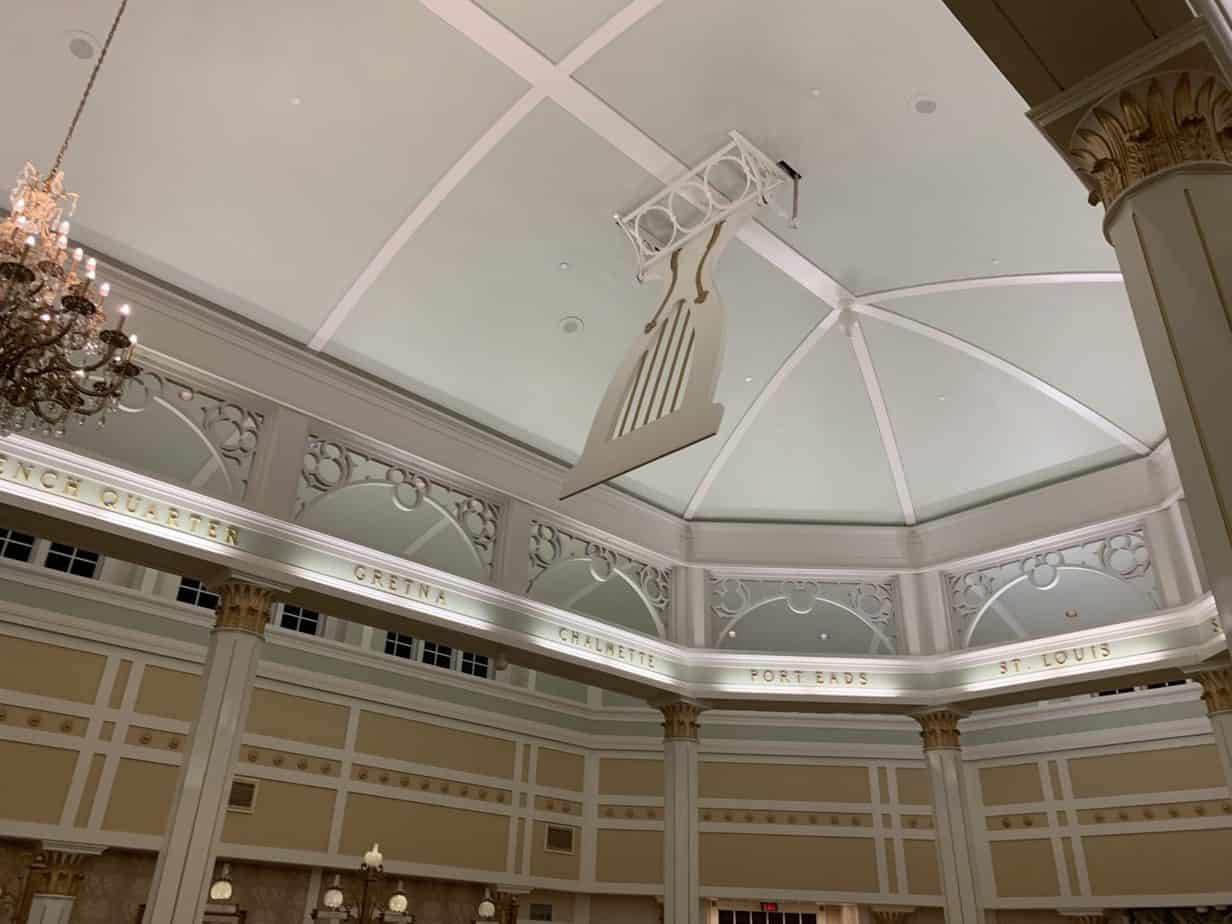 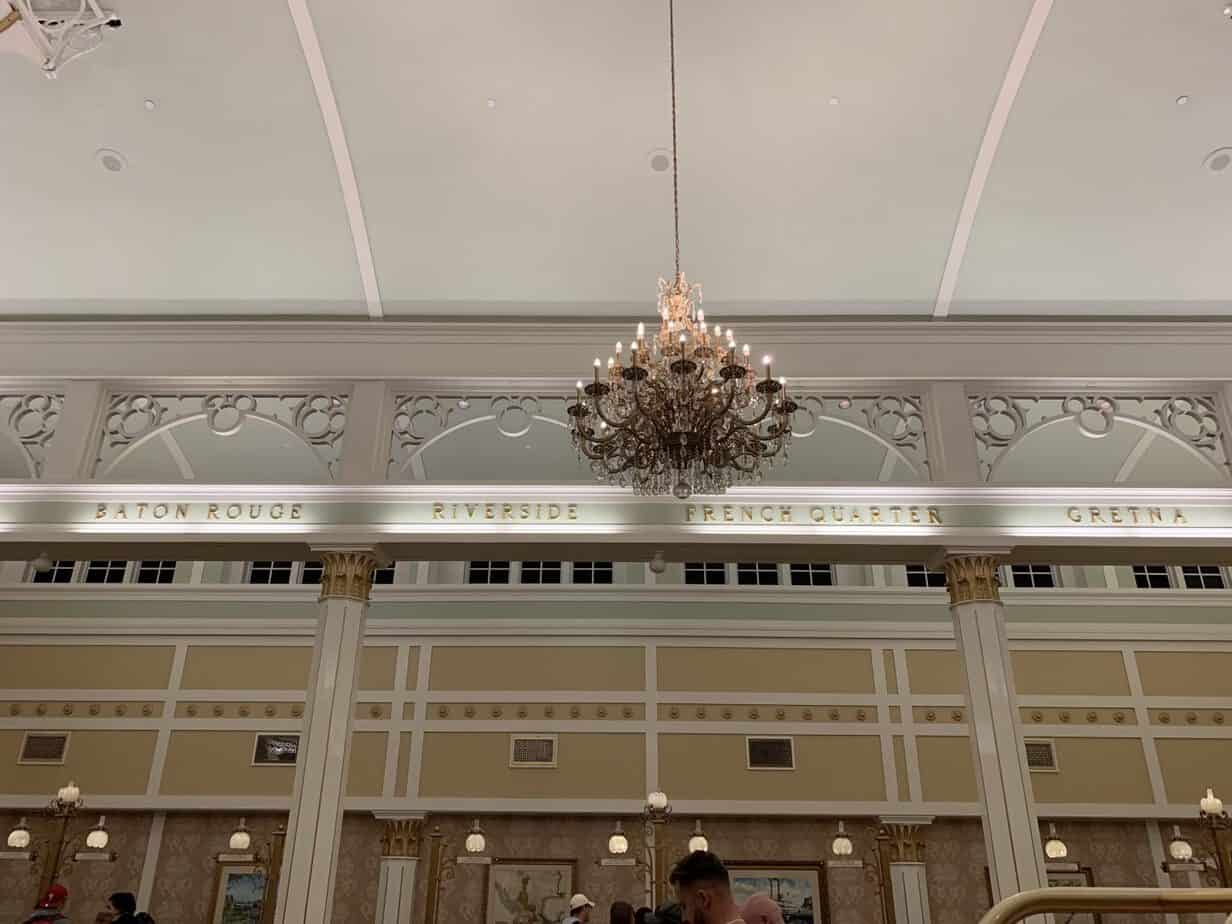 We had guest services take us to our room in a travel cart – that was fun!  And as soon as we opened the door, we all literally fell into bed! What a travel day!!!

Bring on Day 2 a for our first full day in Magic Kingdom!