After years of discussion and 15 months of planning, we were finally on Disney World Reveal and pre travel day!!  I couldn’t believe this moment had come to tell the kids we were going to Walt Disney World!  After three visits to Disneyland Paris, we were so excited to tell them we were off to America and what better way to do it than a surprise treasure hunt around the house.

Mr B and Missy arrived home from school and we decided to tell them that we had to film them doing a treasure hunt around the house for some blog work (if not, Mr B would have been questioning why we were filming!)  I had wrote several clues and hid them around the house, with several gifts along the way.  I had brought them some activity books, travel pillows, water spray fans and Disney plush toys.  The last gift was an amazing exploding Disney reveal box waiting in the kitchen.  Inside it read:

‘We have a little secret

we will see you very soon

so please travel with care

You are going to WALT DISNEY WORLD

Lots of Love Mickey and Minnie’ 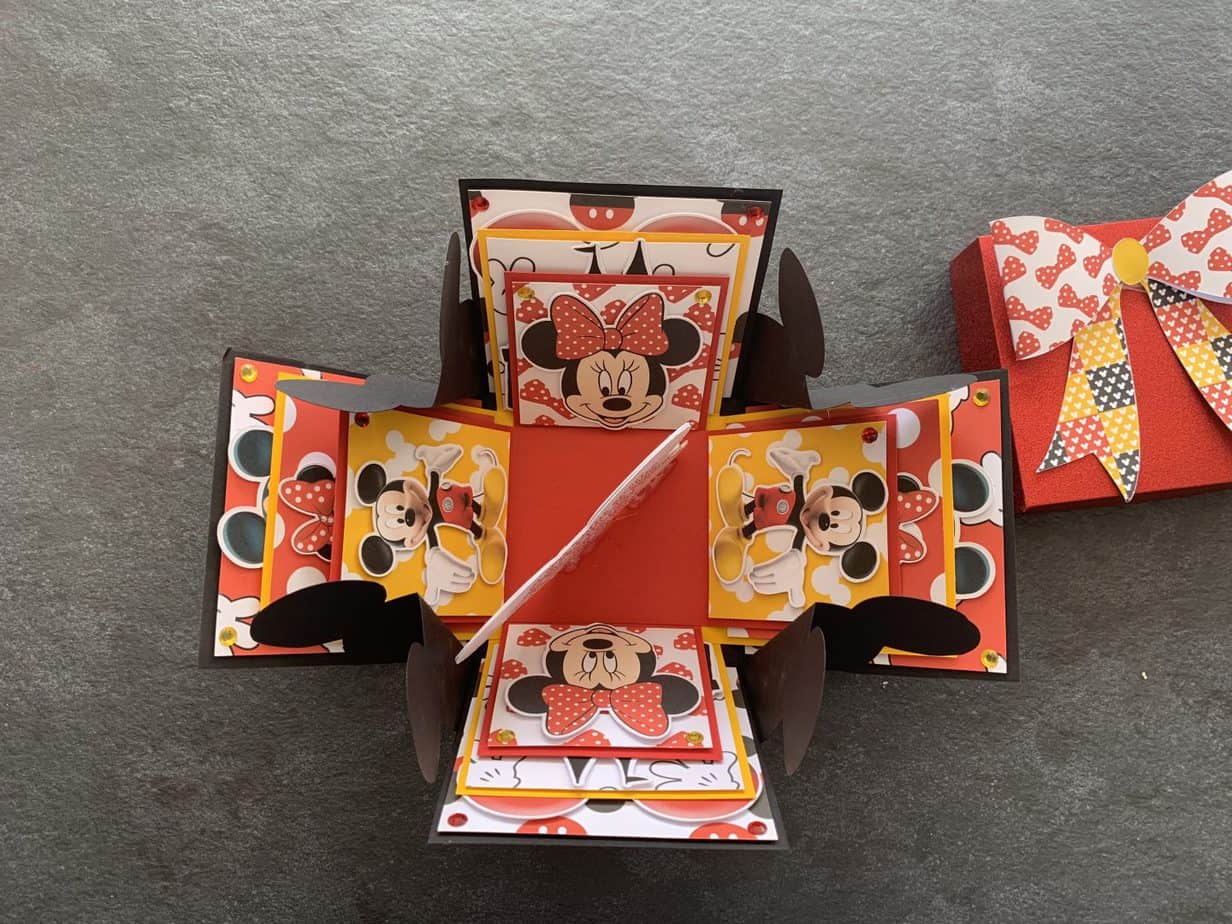 All three kids eyes widened and Mr B asked when?!  I told them to head into the living room, where they’re new Flyte Scooters were waiting and some of our packed bags.  They’re faces were a picture and I was holding my breath for their final reaction when we told them that we were going NOW!!!!!! 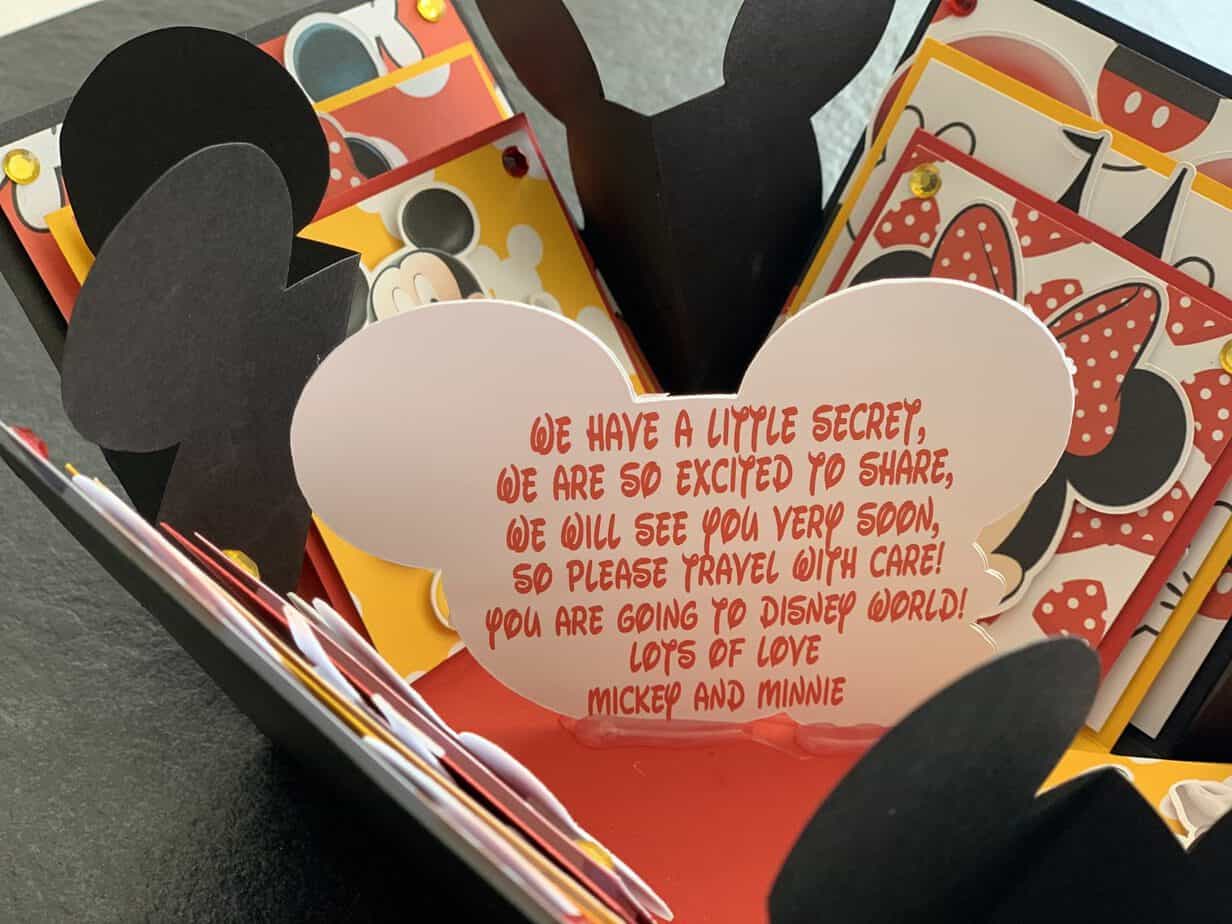 Mr B screamed and threw himself down on the sofa, full of tears.  Missy shouted and screamed with excitement and Baby K was running around full of energy, not quite understanding what was going on!  It was the perfect reaction and one that Matt and I will treasure forever.  I had felt so nervous prior to them coming home from school, and I was desperate to tell them and let the cat out the bag as they say!  It was an amazing moment. 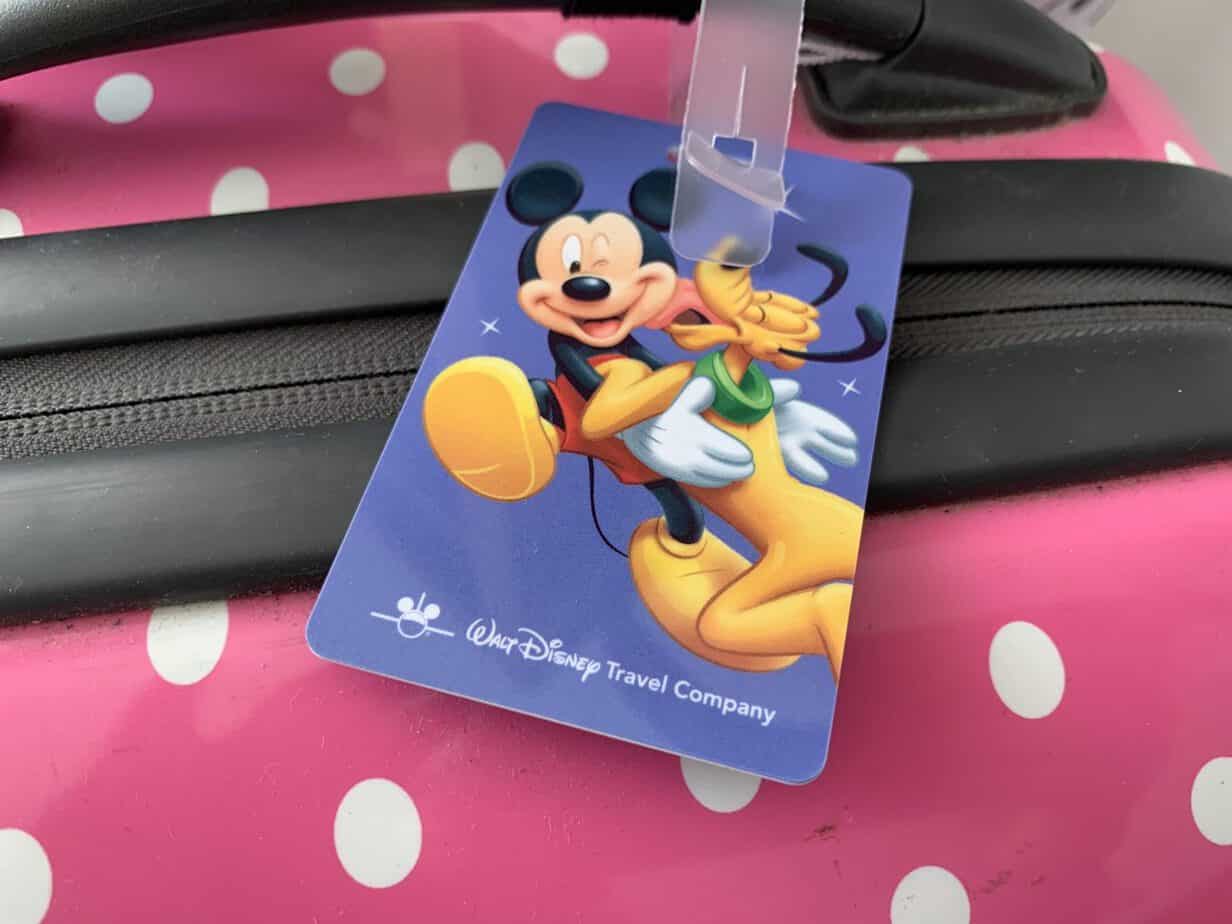 Excited and buzzing from sharing our news, the kids quickly got changed and we all piled into the car (thankfully already packed up!)  We were off on our 2.5 hour journey to the Premier Inn Gatwick – this was the beginning of our journey! Eeeeek!  We were loaded with films, music and snacks and off we went! 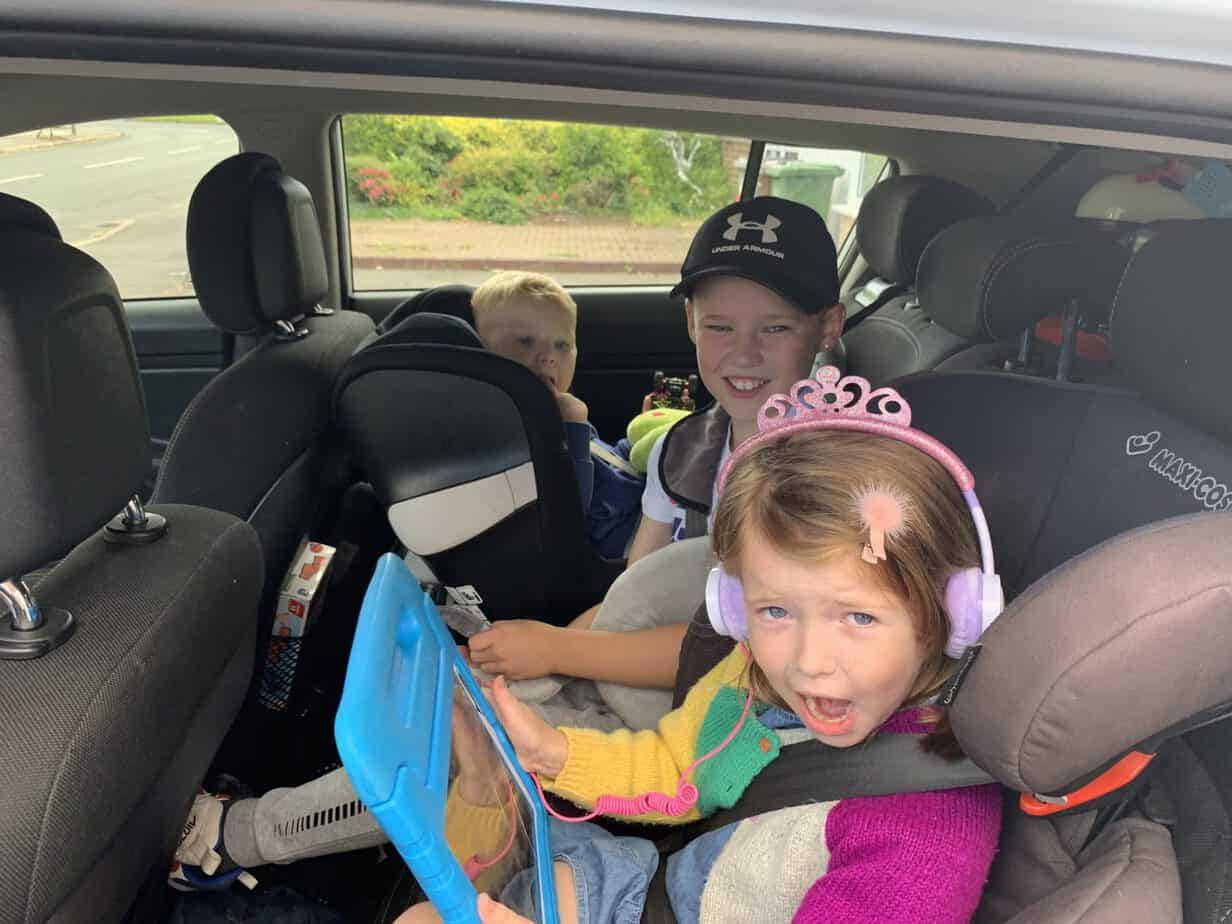 As we had waited until after school to begin the first leg of our trip to Disney World, we didn’t arrive to Gatwick Premier Inn North Terminal until just before 7pm.  We quickly checked in and Matt delivered our car to the Long Stay Car Park.  It was relatively simple to do – drive to your allocated car park, drop your car off and then you can get the shuttle bus back to your location. It took him around 40 minutes to do.  I decided a glass of wine was in order, so I took all three kids down to the bar and booked us a table in the restaurant – I was starving I hadn’t eaten all day!

Near reception there was a small play area so they kids had a play and did some colouring and we met another Disney family who were off to Disney World tomorrow too – we were all so delighted and there was lots of Disney discussions which just enhanced our excitement!  We soon got seated to our table and I had fish and chips, whilst Mr B had pizza and Missy and Baby K had roast chicken.  We were all feeling pretty tired by now as it was around 10pm.  Our flight wasn’t until 1.25pm the following day, so at least we didn’t need to be up at the crack of dawn! 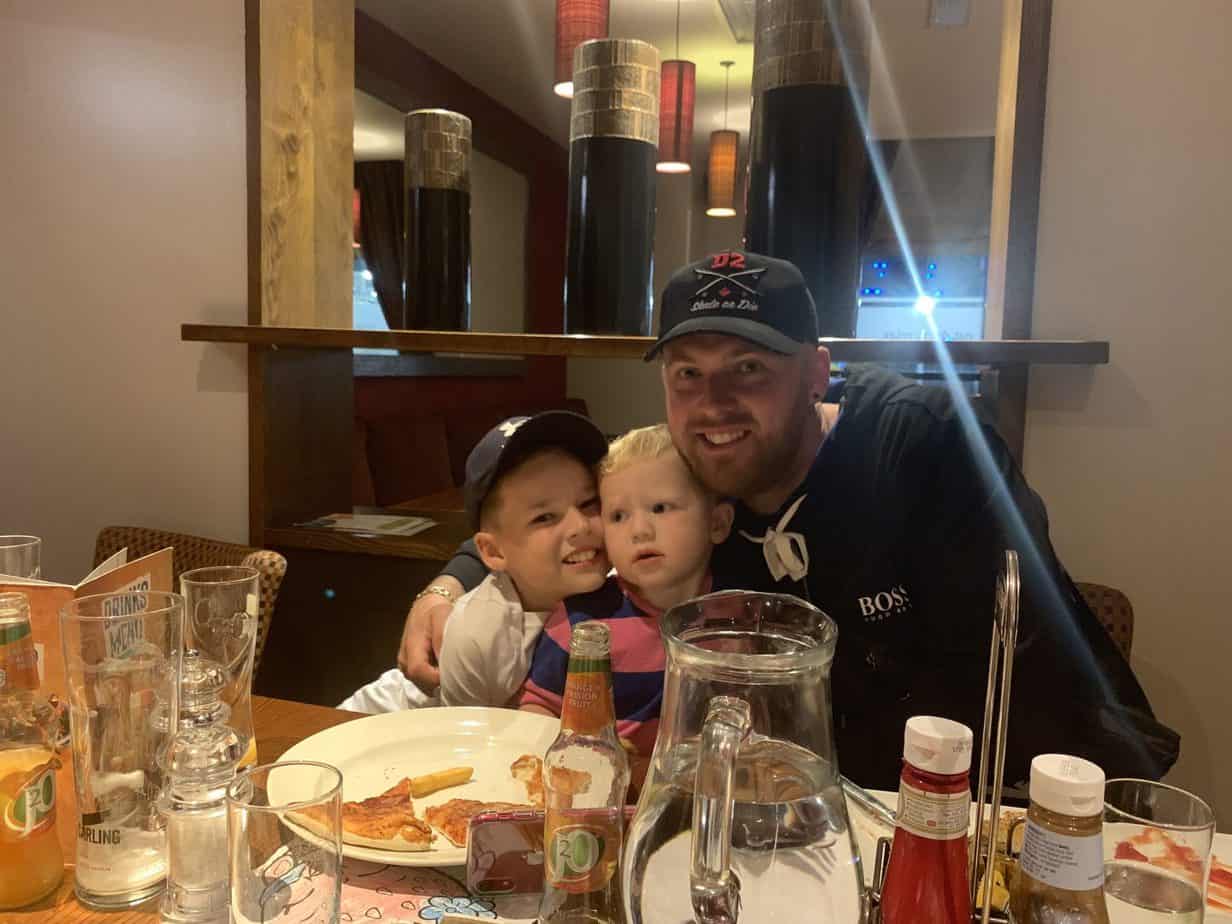 I was pretty surprised that I managed to fall asleep so quickly as I had been dealing with some pre-travel anxiety and I knew that our flight was going to be delayed by 30 minutes too, which made me paranoid that this time was going to extend.  But thankfully we all slept very well and woke up to the day we were all so thrilled to begin – our travel day to Walt Disney World!

Overall, I was very impressed with London Gatwick’s Premier Inn.  There are plenty so self check in desks, staff were helpful and the restaurant is huge!  It was extremely busy during our stay and there was many seats taken however the staff seemed to manage this well and all guests seemed quite happy. There is also a Costa on site too with some seating and serves snacks and coffee of course.

Our room was an ok size (I’ve had bigger family rooms at a Premier Inn) but I suppose we were in London and this was for just 1 night so it wasn’t too much trouble.  The beds were, as always super comfy!

Buckt – Activity subscription box in May

Why we will be returning to Center…