Rudolf At MAC- Christmas at the Theatre 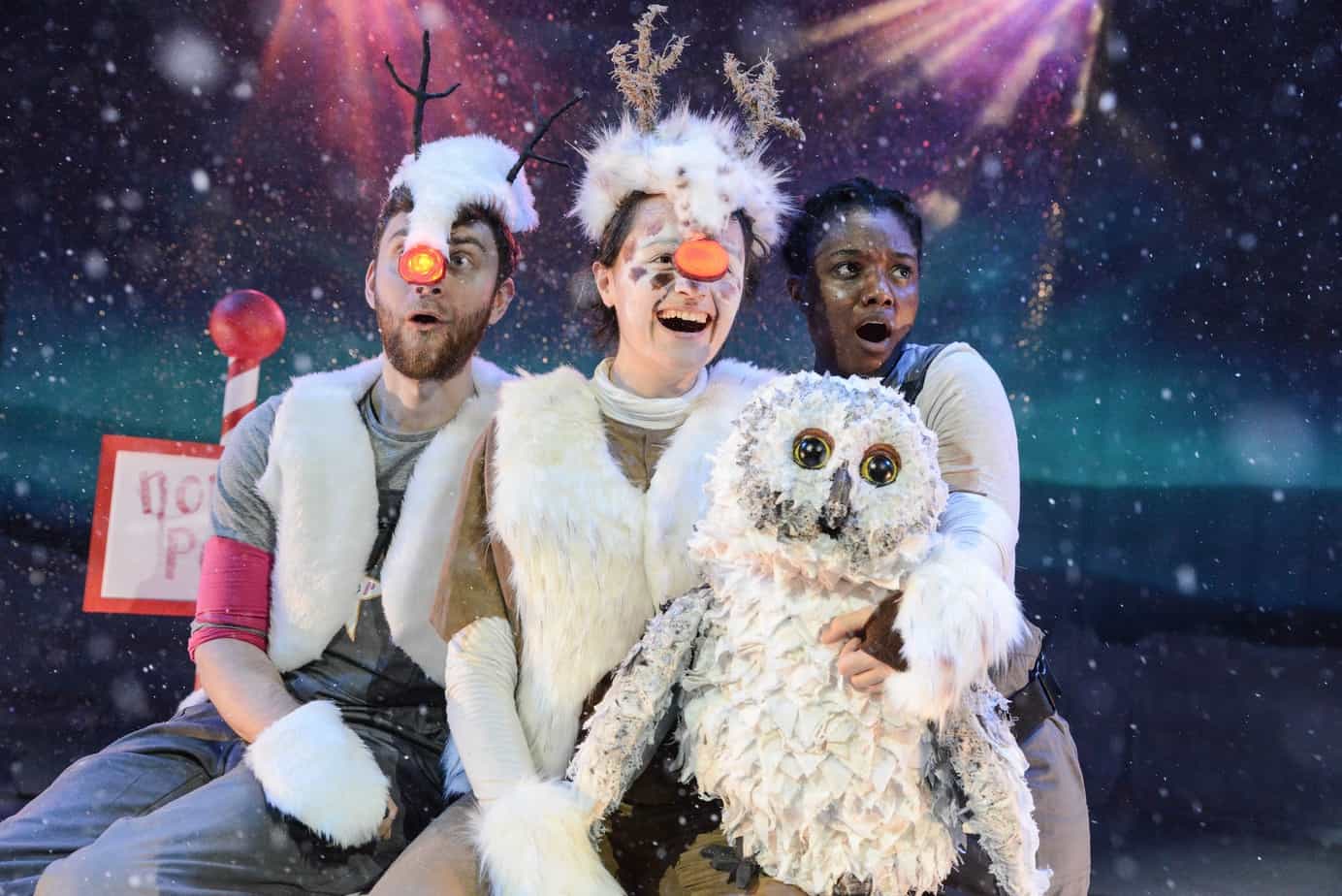 Disclamer: We were given press tickets free of charge for the purpose of this blog post.

On Saturday 1st December we visit the Midlands Art Centre (MAC) to see the lovely Christmas show Rudolf.  This is one out of two shows they are offering this Christmas.   Rudolf in particular is aimed at children over the age of 4.

As some of you know, we love visiting the theatre as a family, so we were really looking forward to our first festive show of the season.  At 1.30pm, we went along with Mr B and Miss W to enjoy the show! 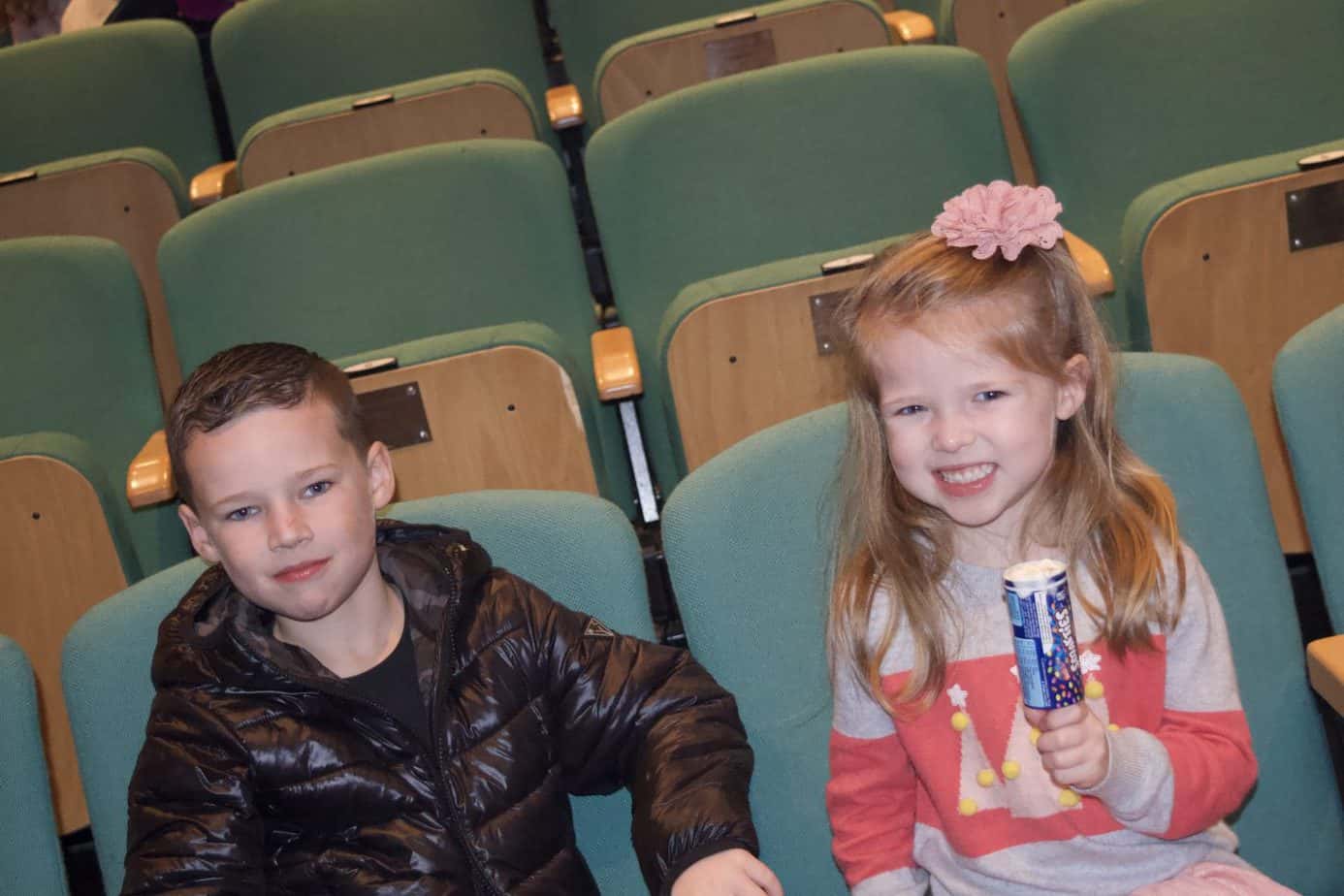 Mr B and Miss W getting ready for the show

Rudolf is a co-production between Pins and Needles and MAC, telling the story of Rudolf who is lost and has forgotten who he is.  The story is set around Starry Safari Park where a lot of animals reside.  Rudolf has landed here but doesn’t know where she came from, or even what kind of animal she actually is. 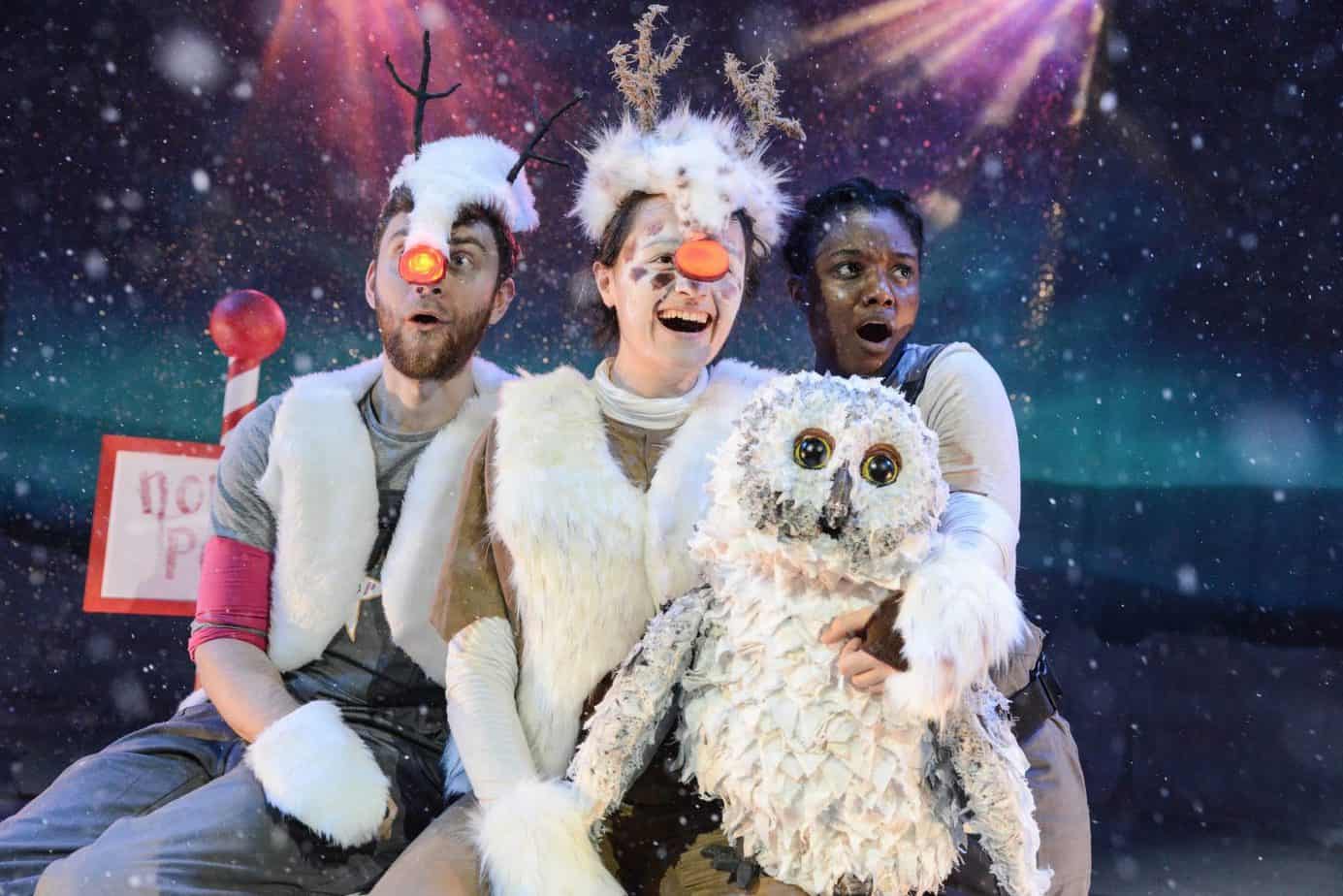 The cast of Rudolf at MAC showing until December 31st 2018

The story follows Rudolf as she meets several animals along the way, trying to figure out where she fits in.  She meets the likes of the dancing flamenco flamingo’s, the stripy zebras and even a snake!

She eventually gets caught by the Safari park’s Keeper Earl, however with a little help from Baggie, Ruldolf soon begins to learn a little bit about who she actually is.

Without giving too much away, the story really has that Christmas feel to it, incorporating fun catchy songs and some great amount of humour too.  Tea Polvervaart who plays the Safari park’s owner Earl, is hilarious and had Matt and I really laughing.  Hannah Bristow really made you fall in love with her character Rudolf and Lakesha Cammock had top marks for her puppetry skills and being the narrator that is Baggy the Owl. 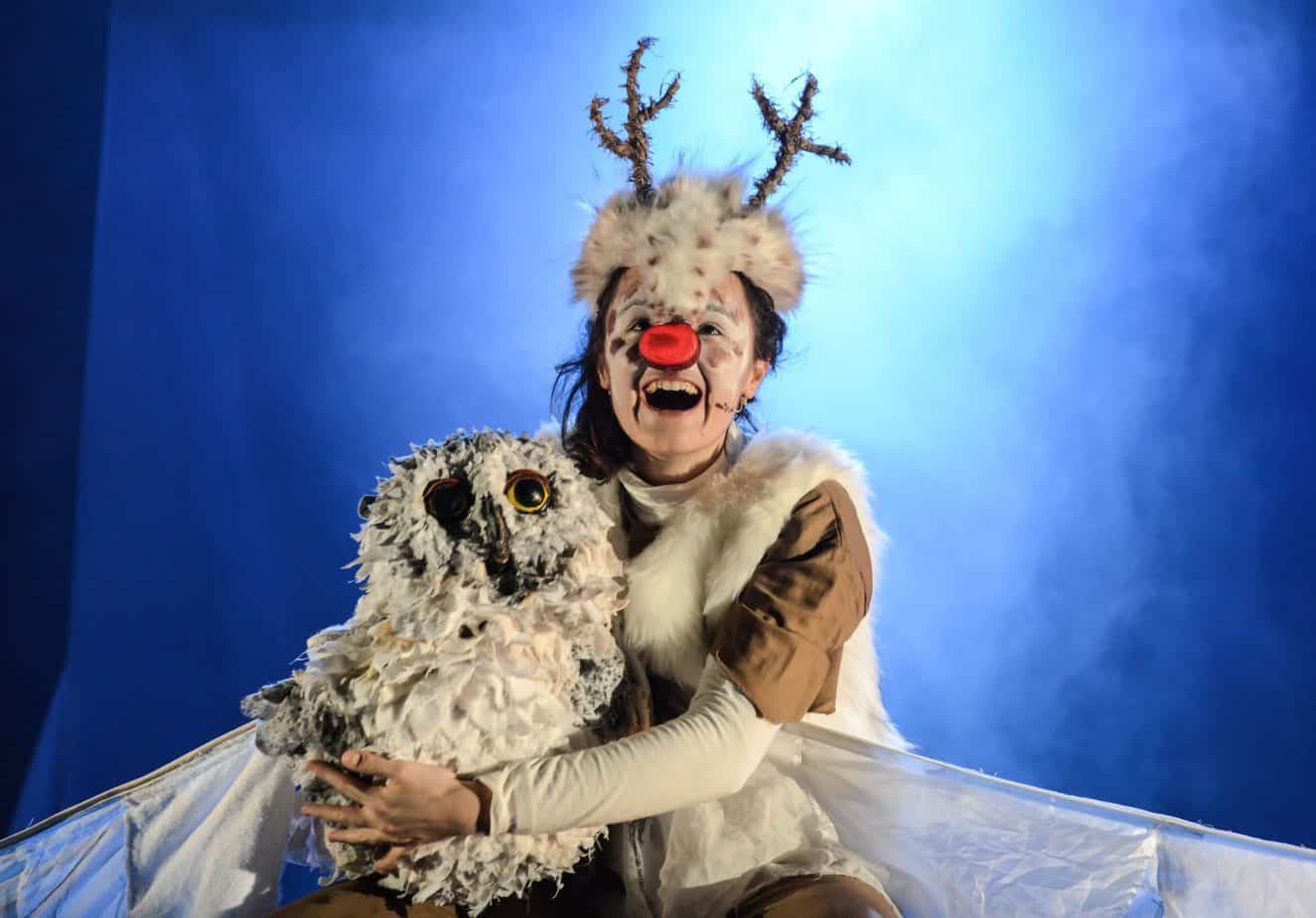 This is a great show to see with your kids and has a really good feel factor to it.  The theatre was small which gave it that real personal feel to it.  And we loved the extra effort that went into some of the special efforts such as Baggie’s wings and recreating the North pole. 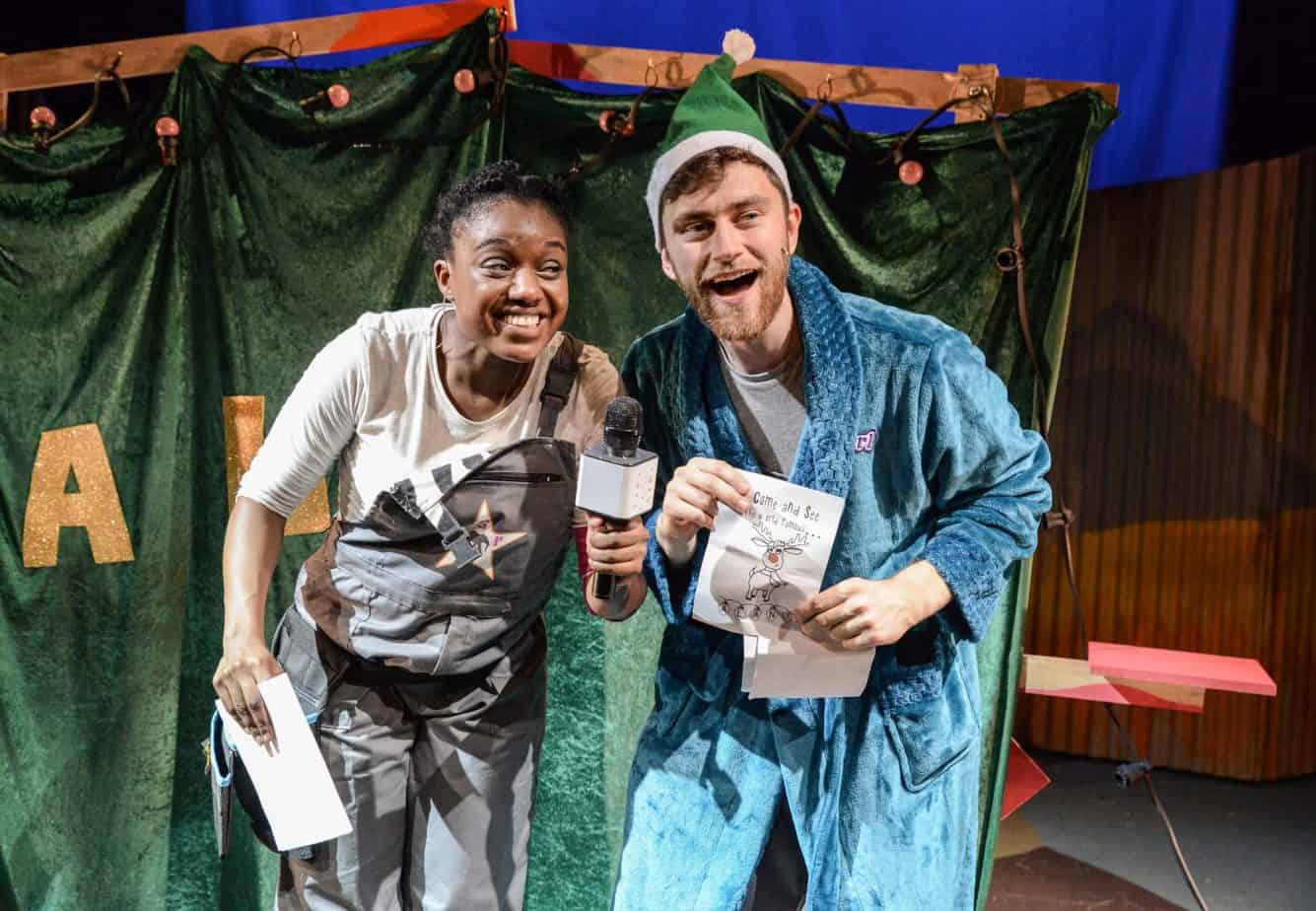 The safari keeper Earl with his worker, during the show Rudolf at MAC

I would suggest that the show is definitely aimed at children over 4 so if you do have smaller children within your family, try getting a babysitter like us!  The show lasts just over 1 hour with no interval.  Mr B and Miss W really enjoyed it!

How to stick to your budget while…

2 responses to “Rudolf At MAC- Christmas at the Theatre”