We love dining anyway that is a little unique and themed.  And of course, with it being Disney, you cannot get away from the most amazing theming I think we’ve ever seen when it comes to parks, restaurants and play zones.

When we visited Hollywood Studios in Disneyworld, one of the restaurants that stood out for us was Sci-Fi Dine in Theatre which is basically themed on a drive in theatre!  Read on to find out what we thought about this fun themed Disney restaurant! 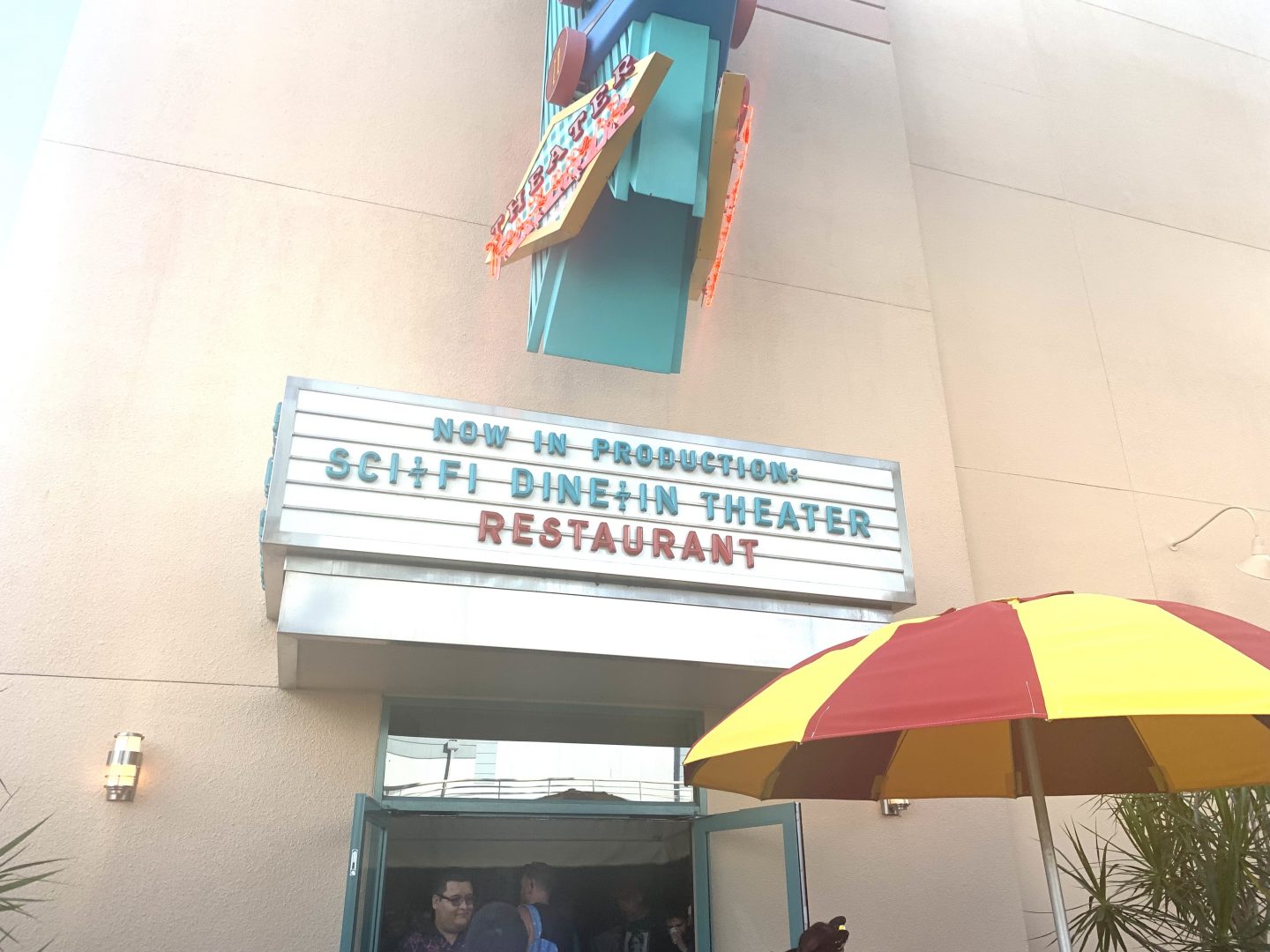 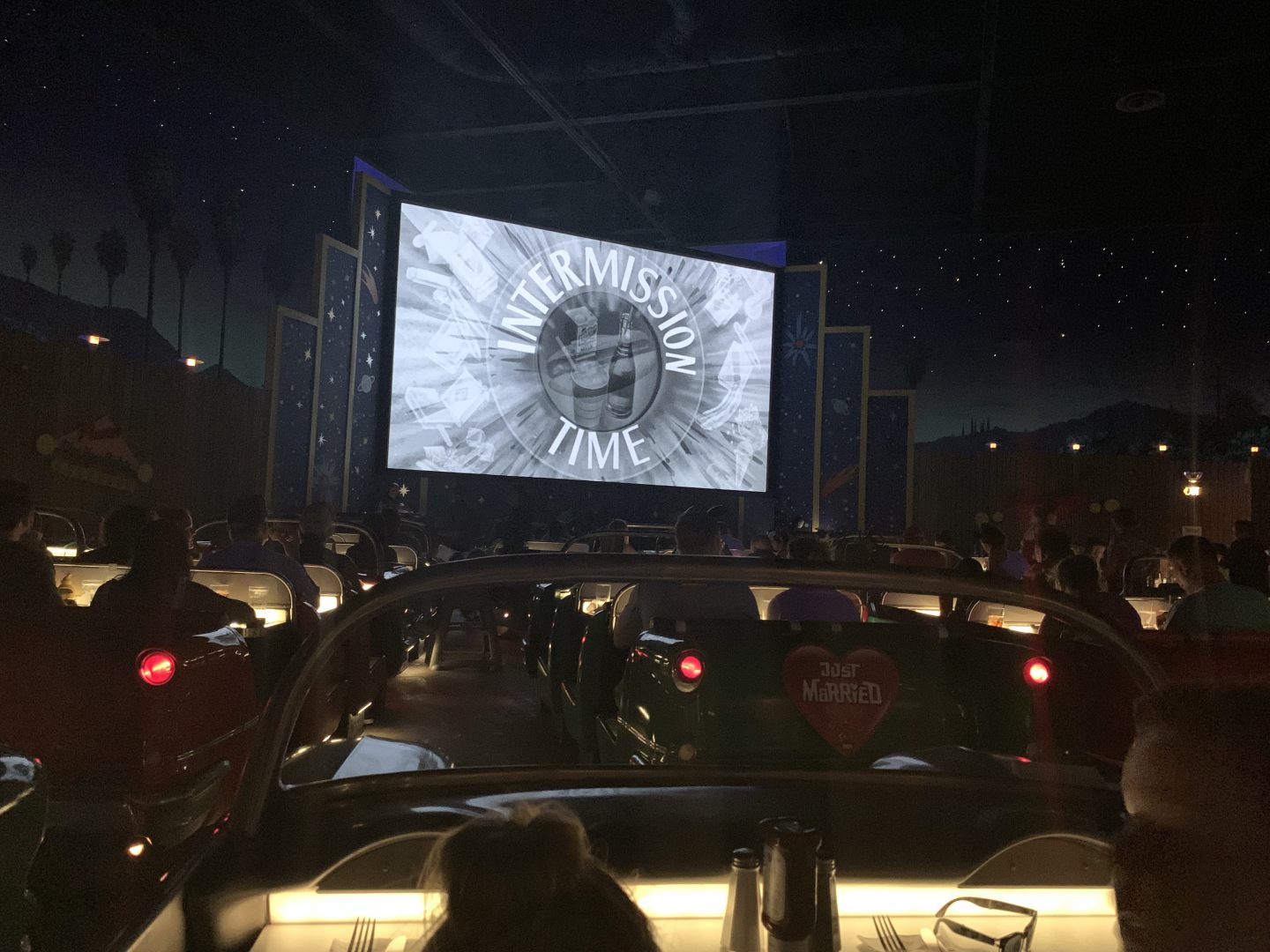 This restaurant is located in Commissary Lane at Disney’s Hollywood Studios.  The restaurant is a classic, offering a super themed feel around a typical drive in theatre.  And what do you find at a Drive in?!  Yep, you guessed it!  Cars!  Most tables are within classic cars which are all facing a large cinema screen, where classic film and cartoon clips are shown.  As soon as we walked into the restaurant we thought it looked amazing and super fun for not only the kids but for us adults too; I mean, who else isnt going to think how awesome it is to dine in an actual car! 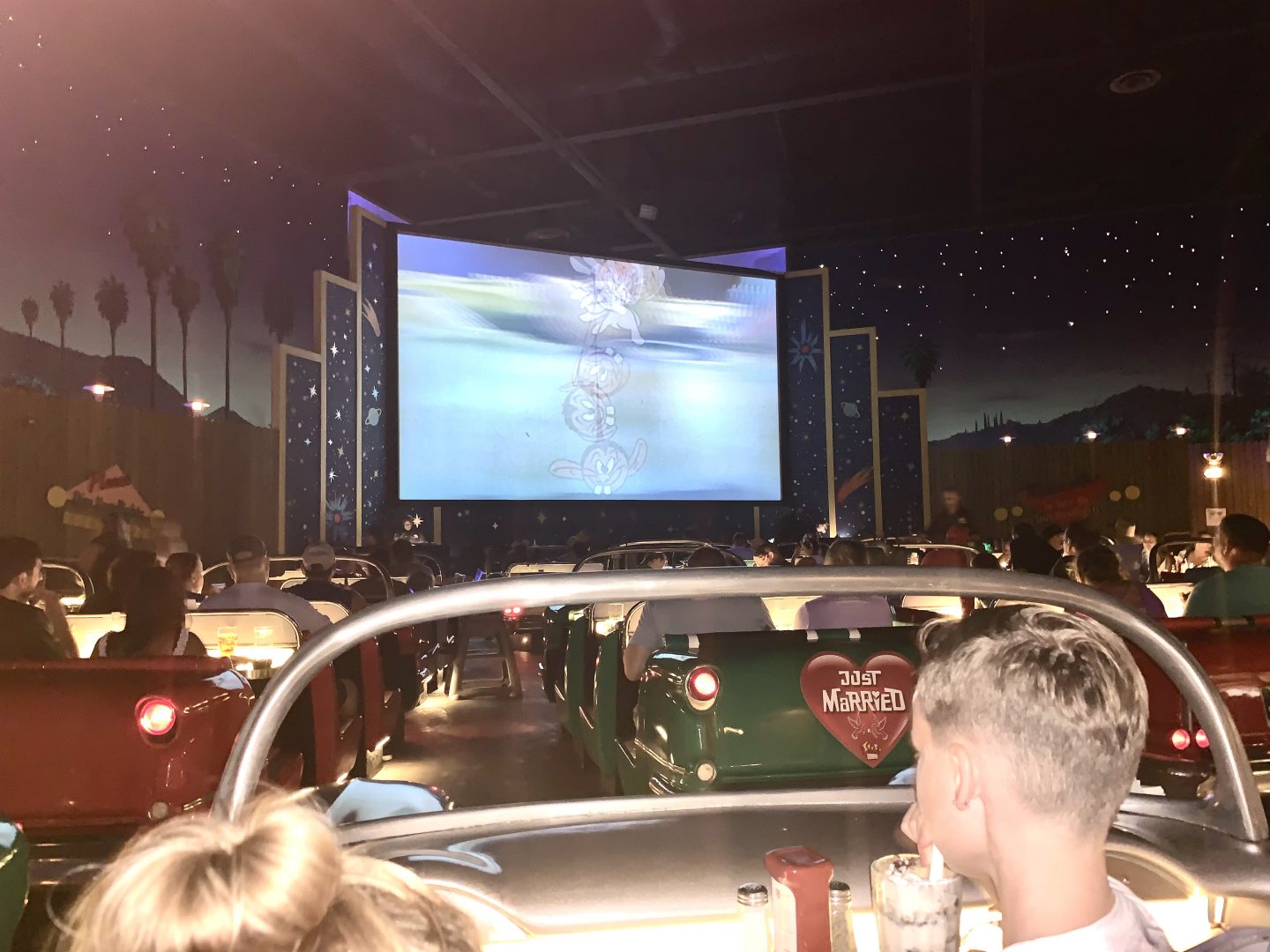 Each car has 2 or possibly three rows of seating so we decided to to let the kids dine in the front row so they could get the full experience of not only seeing the screen but also feel like they’re in the driving seat! 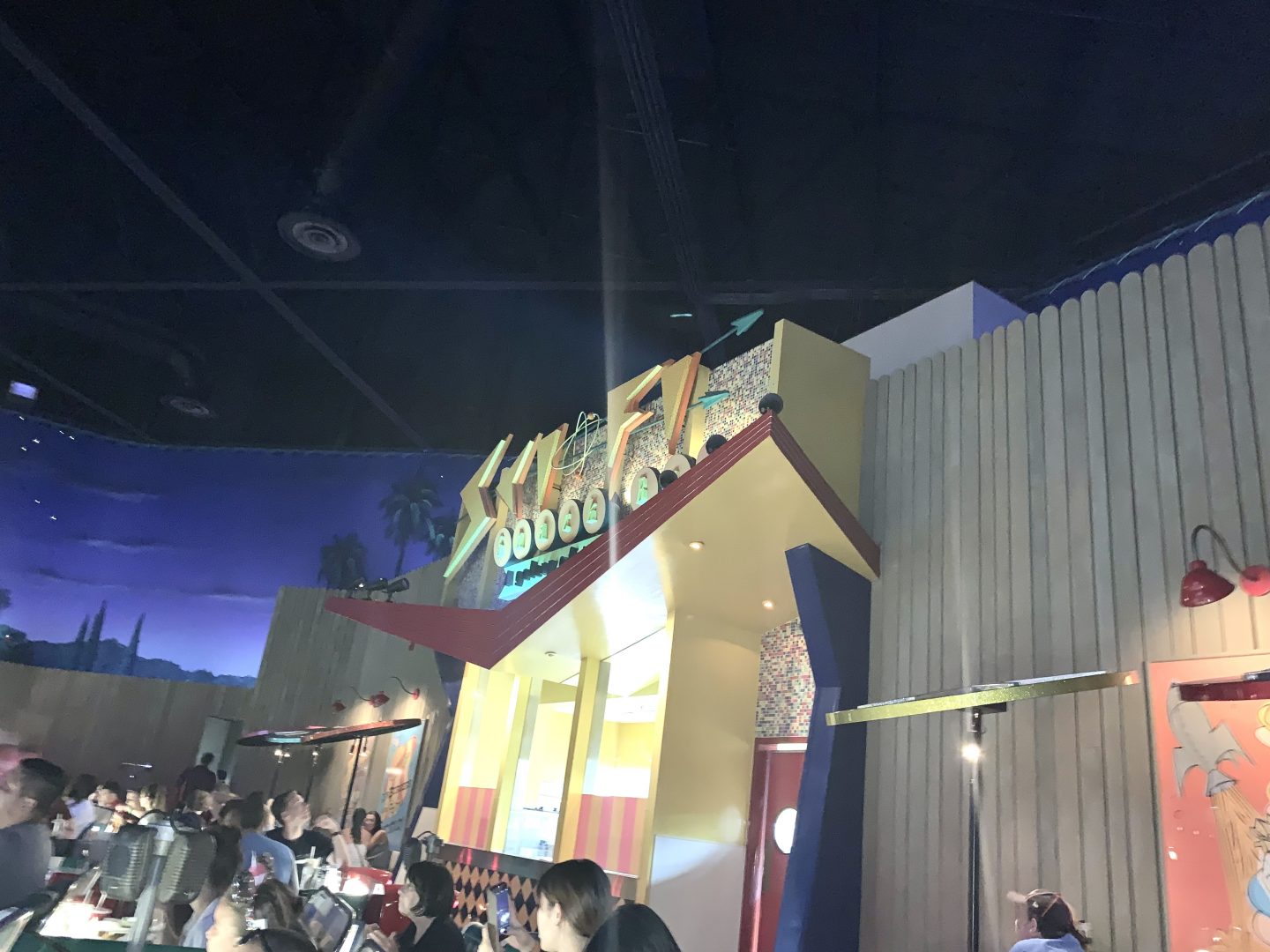 Food at Sci-Fi Dine in Theatre

The food here is typical american style food, including burgers, ribs, milkshakes and what not.  I opted for one of The feature film burger which was a classic burger with blue cheese, tomato, lettuce and onion relish.  It was delicious and cooked to perfection, being pink in the middle. 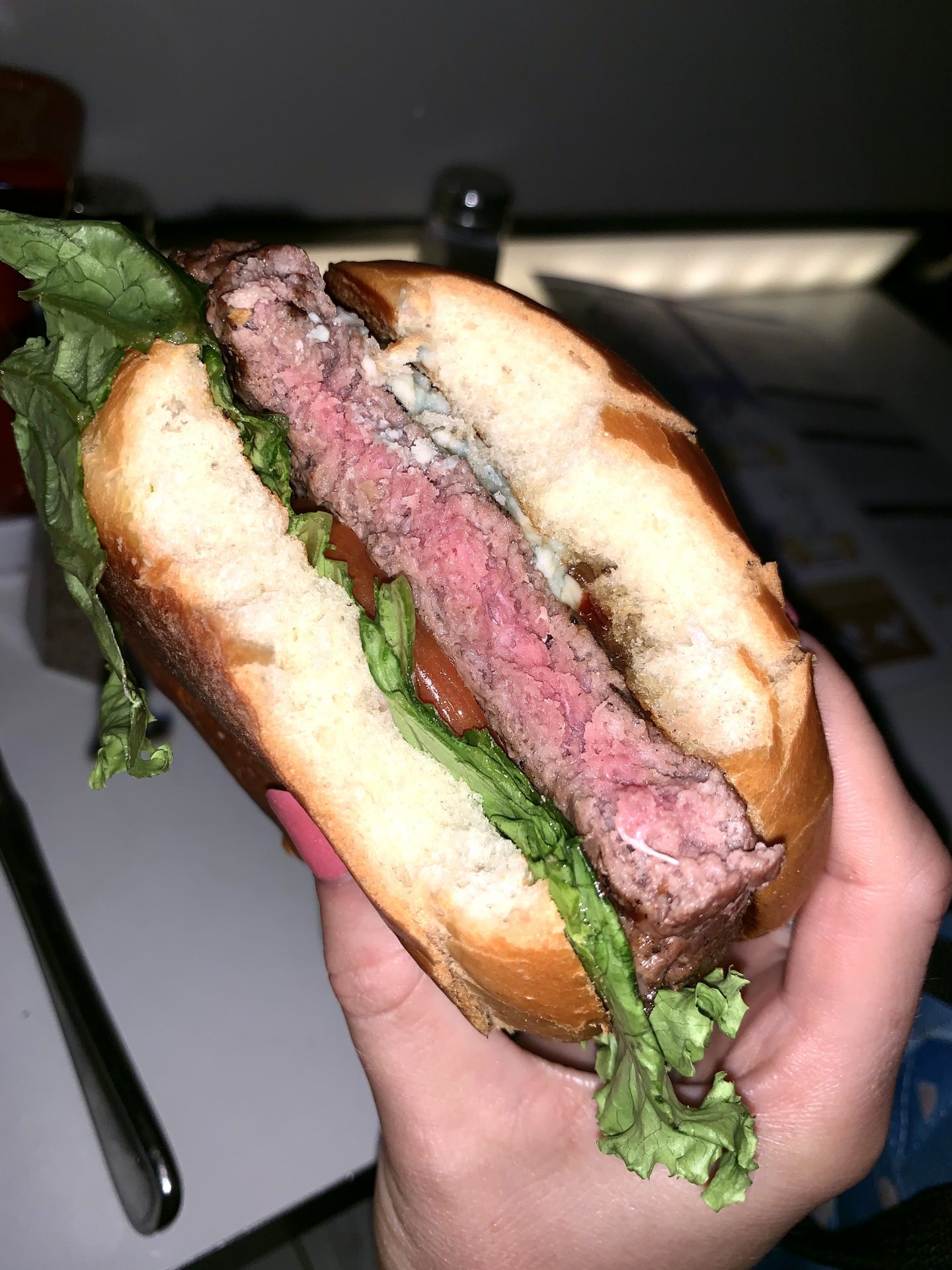 Matt went for the mixed BBQ platter which I see isn’t on the menu anymore, but he had regret that he didn’t chose a burger as that is his normal go to meal at a place like this!

For drinks, I had a Spicy Martian Margarita which was good! 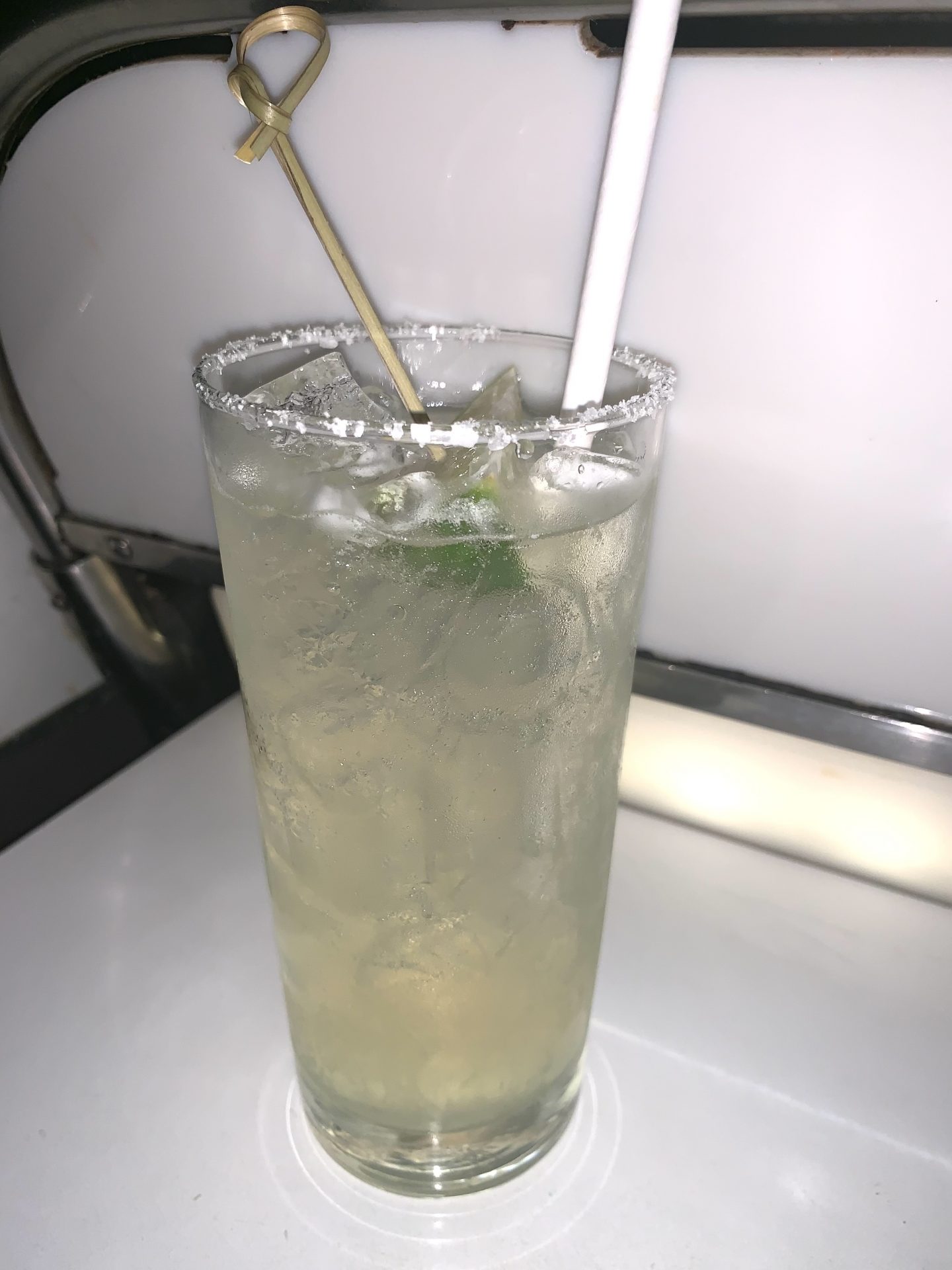 For dessert, I chose their apple donut pudding topped with vanilla ice cream and caramel sauce.  I love anything to do with apples when it comes to a dessert and this didn’t disappoint.  My husband had the S’mores chocolate brownie. (please note the menu has changed). 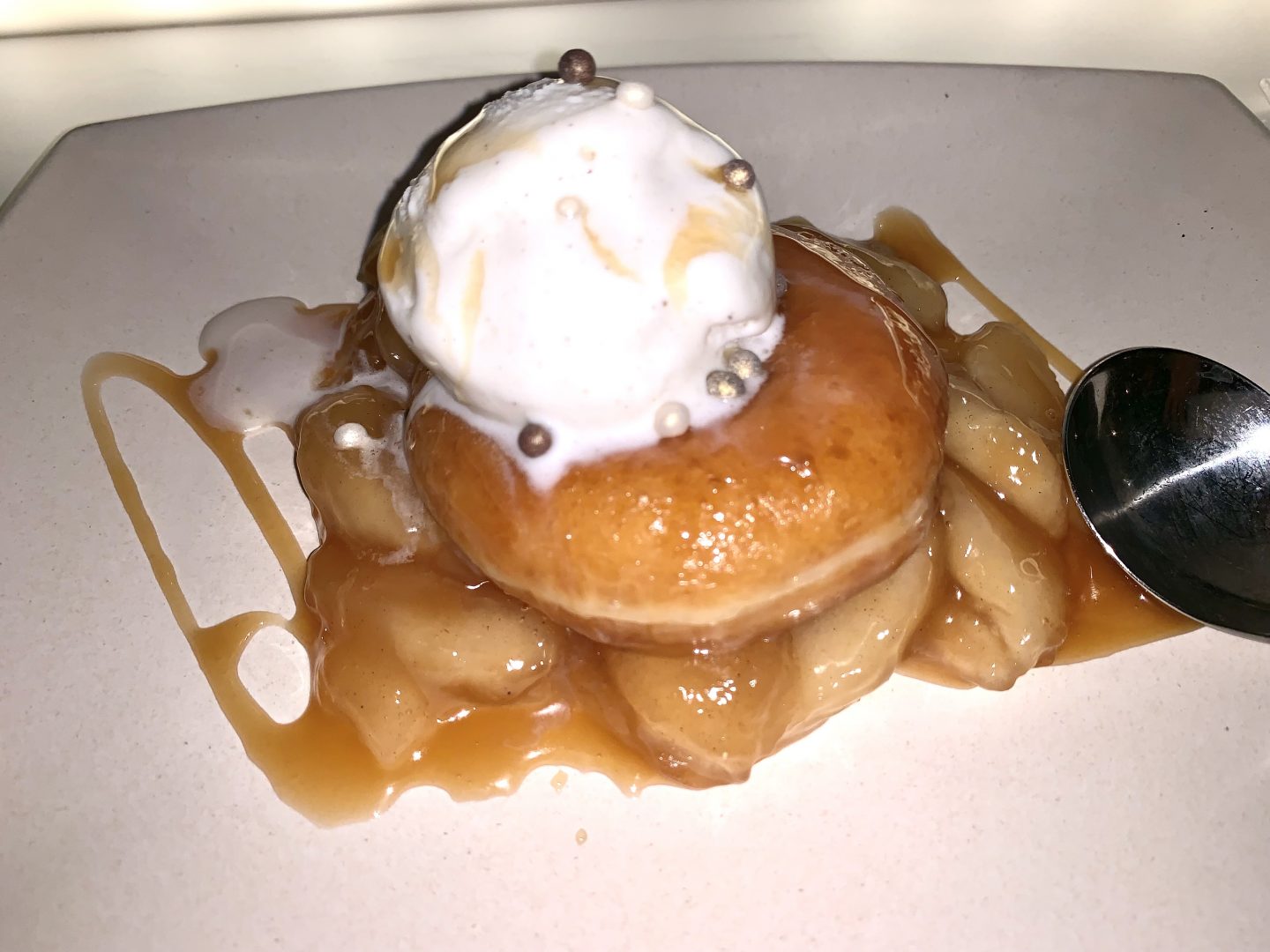 We were really pleased with the quality of food here at Sci Fi Dine in and the food alone was delicious.  But as for the theming, well how can you beat it!? It really was an awesome experience and one to not miss in my opinion, just for the theming alone.  The atmosphere around the fact that your meant to be in a drive in theatre is one that hits perfectly (even the restaurant is pretty dark so you may need a phone torch to read the menu!) 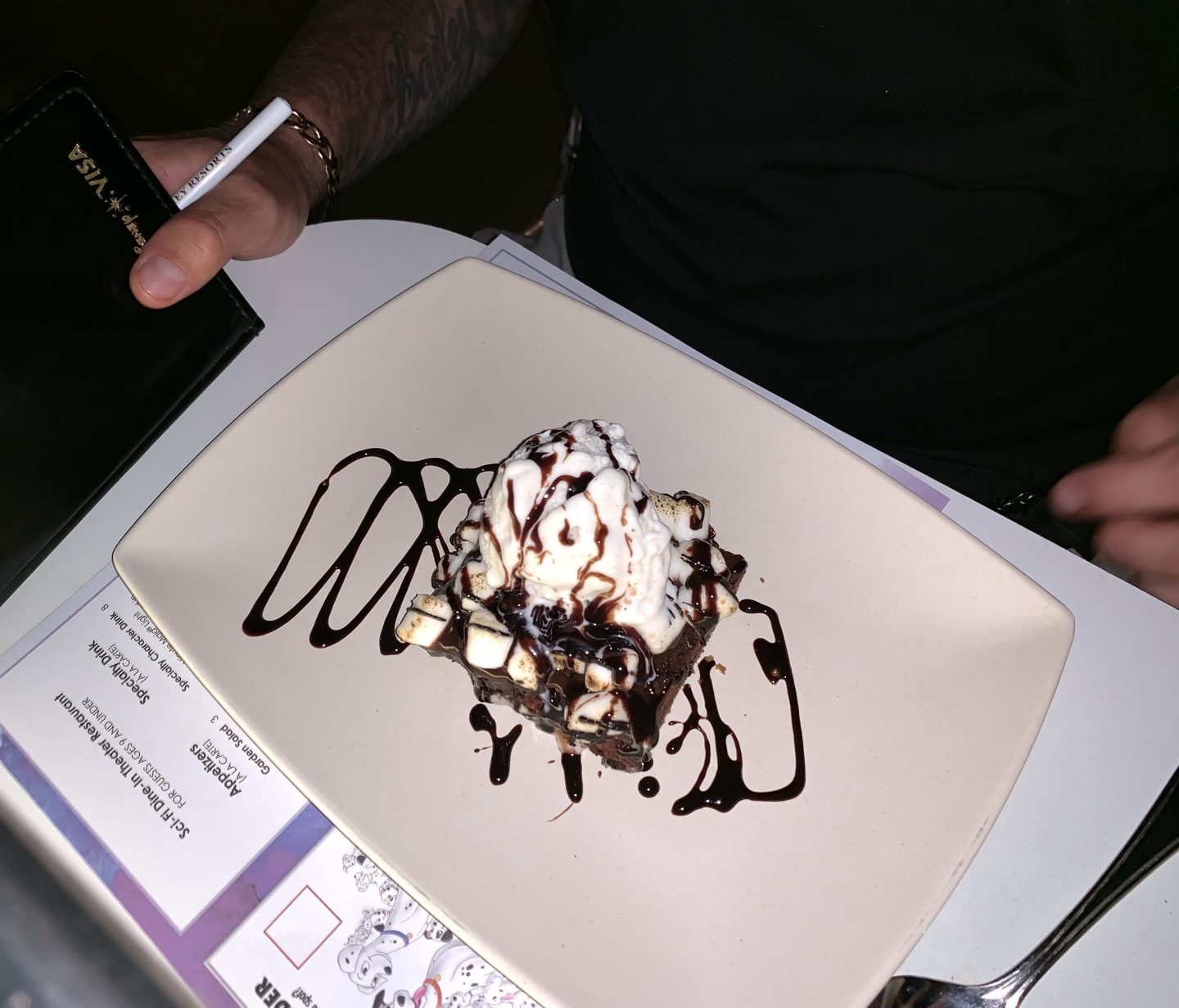 And even thought you may not be sitting around a table all together due to having to sit in rows within a car, you still feel like your dining as a family despite this as, if its your first time in the restaurant, your going to feel pretty excited!  However, having said that, some cars do have tables with chairs within the car set up if you do wish to dine like this.  I imagine that you may prefer to do this if you have a child that requires a highchair. 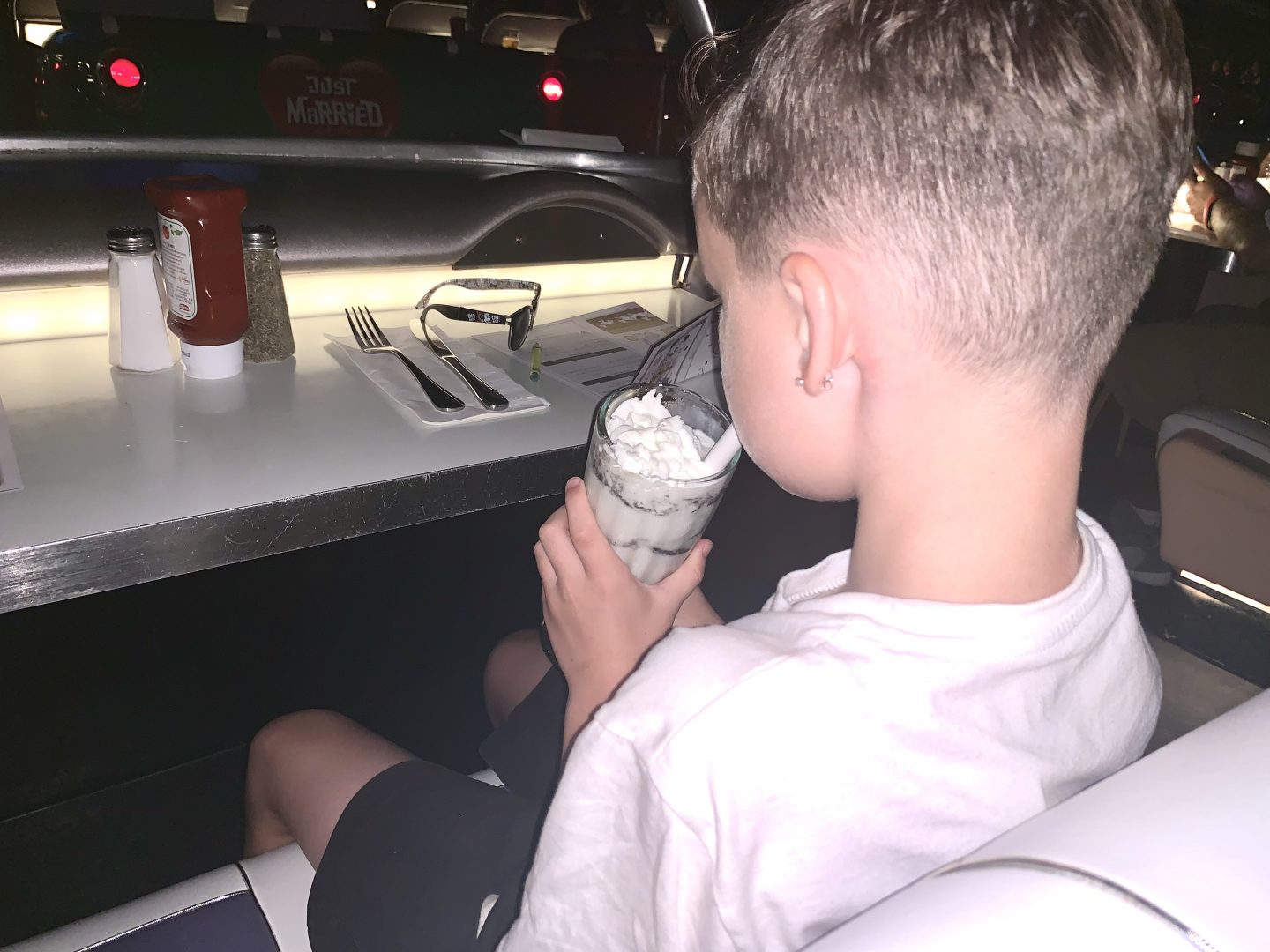 Overall, the concept of Disney’s Sci-fi restaurant is an epic one, perhaps with a little bit more lighting within a car so that you can see your menu and food a little better may enhance the experience a little. But we had so much fun! We have yet to visit a second time so cannot comment of whether the restaurant switch’s up the films on the cinema screen but we hear that the video is on one continual loop, showing films from the 50’s and 60’s aimed at sci-fi films.

Finally, my last thought.  If your after just a good burger, you may want to visit a quick service where you will pay a less hefty price.  However, if you want to visit a restaurant that’s going to be lots of fun with some good burgers and desserts thrown in, give it a visit!

When To Plan And When To Be…