The Wonderful World of Disney on Ice Tour *Review*

Being a HUGE fan of Disney, means that I am also a fan of Disney on Ice and have seen three shows over the last couple of years!  We love our Disney holidays, Disney movies and merch – so it is really wonderful to have the Disney on Ice tour visit out home city.  Last October we were lucky enough to review …………. and this time, we had the pleasure of The Wonderful World of Disney on Ice Tour.

As always, I carry out a little research prior to any show we see, and I was super happy to see some new characters take on the ice!  We were really excited to see Finding Nemo join the Disney on Ice tour this year, and The Lion King!  Over the three visits, the show has always exceeded our expectations and got more exciting and magical each time.  And it is no surprise considering that the Disney on Ice Tour has up and down the county for over 30 years – that’s incredible (knowing this I kind of feel I have been missing out only seeing three of the shows!) 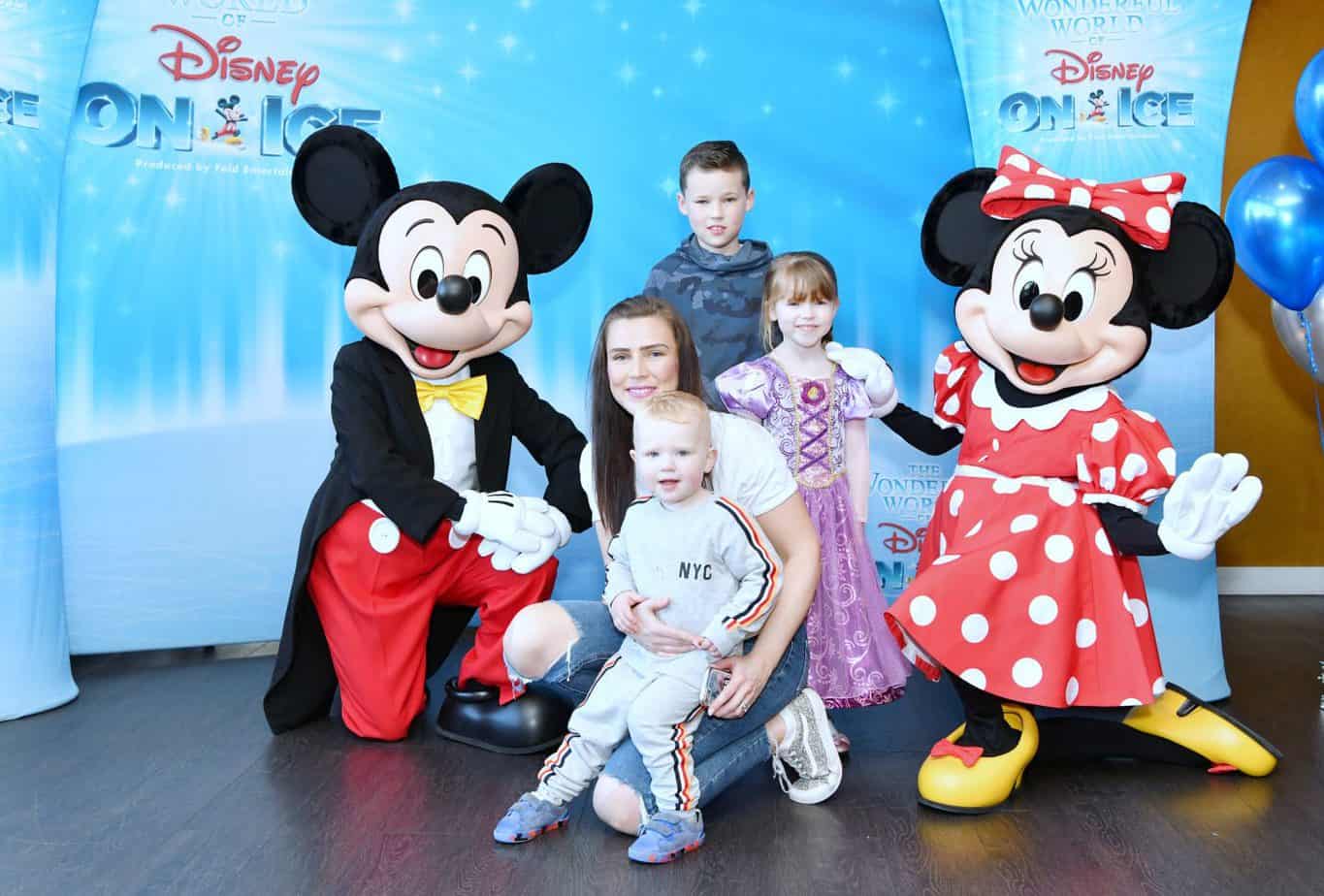 As with out last visit to Disney on Ice presents Dream Big 2018, we were lucky enough to be treated to a very special meet and greet prior to the show, and this time we met Mickey Mouse and Minnie Mouse.  This pleased Baby K to no end as he loves ‘Mick Mick’.  He raced towards him, arms spread and gave him a huge hug.  It was a lovely experience to begin our magical adventure, watching the newest addition to the Disney on Ice Tour: presents The Wonderful World of Disney on Ice.

We ensured we were seated about 20 minutes prior to the show beginning, so we could catch the Fit to Dance Pre show.  The kids enjoyed learning the Mouse Bounce Dance with Mickey and Minnie – it was a lovely touch to get us all excited!

Once the lights dimmed, we were greeted by Minnie, Mickey, Goofy and Donald – the original Clubhouse Gang.  They were on the hunt for treasure and they needed the help of their friends to find it!  Inbetween each act, the original four were on hand to remind us in the audience about the treasure and kept us on or toes! 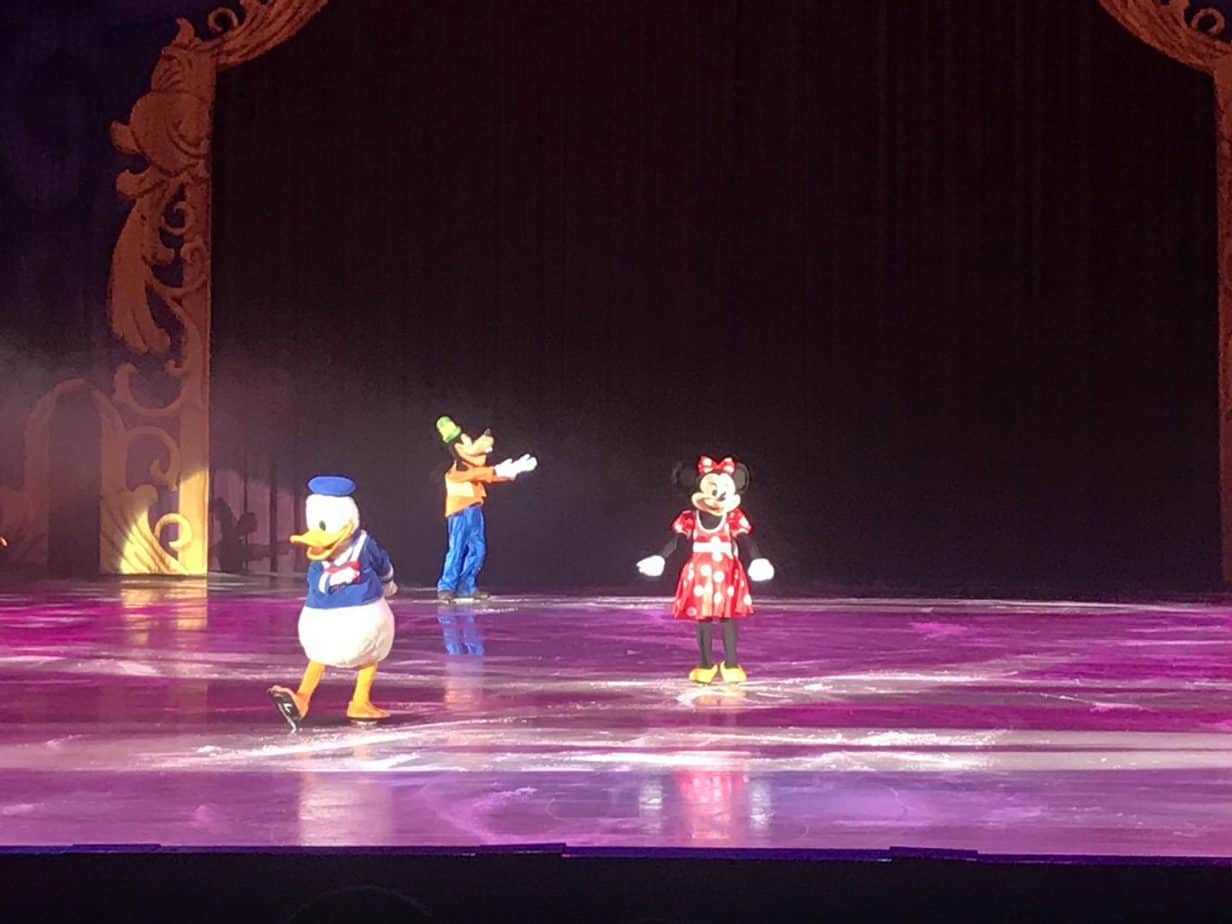 The Disney on Ice show began with a spectacular performance of The Lion King.  Honestly, I didn’t want it to end!  The wildebeest stampede scene was breathtaking and I could have watched more, but Timon and Pumba took to the stage to give us the ultimate comedic performance -the kids loved them!  The finale was where all the animal performers joined Simba and Narla when he becomes King of the Kingdom! 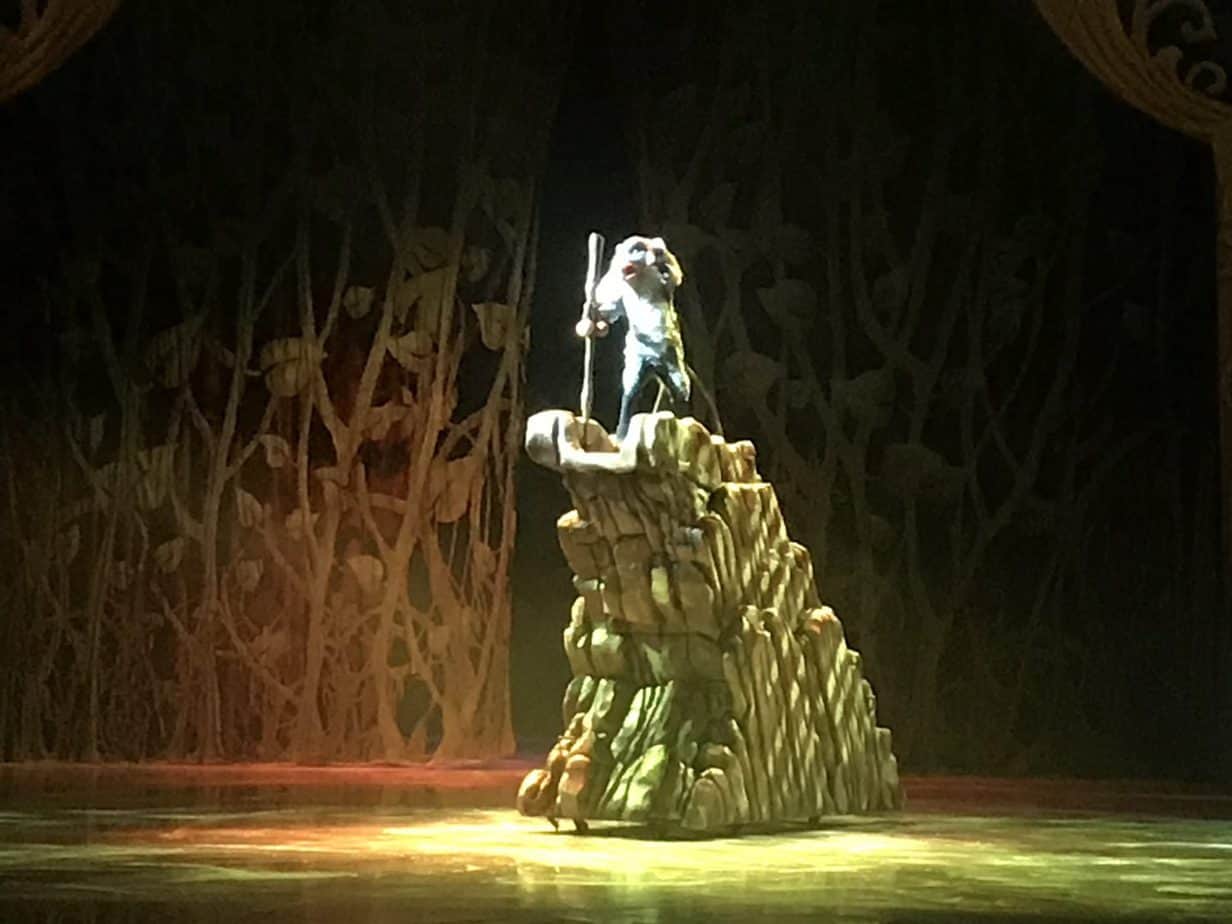 We were then treated to a short act from Snow White and the Seven Dwarfs which was new to Disney on Ice.  We were treated to a scene of the seven dwarfs sing their ‘Hi Ho’ tune which got us all singing, followed by us all trying to stop Snow White eating the poisonous apple given to her by the Witch.  As with all fairy tale endings, Snow White’s prince turned up to save the Disney day – it was lovely and romantic!

Immediately, we were taking to the streets of Agrabad, where Aladdin and the Genie performed a fun, exciting and hilarious scene – who else loves the Genie!? Abu (the elephant that is!) arrived onto the ice which was fantastic and a great energetic scene with skaters and performers thrilled us with the delights of Aladdin. 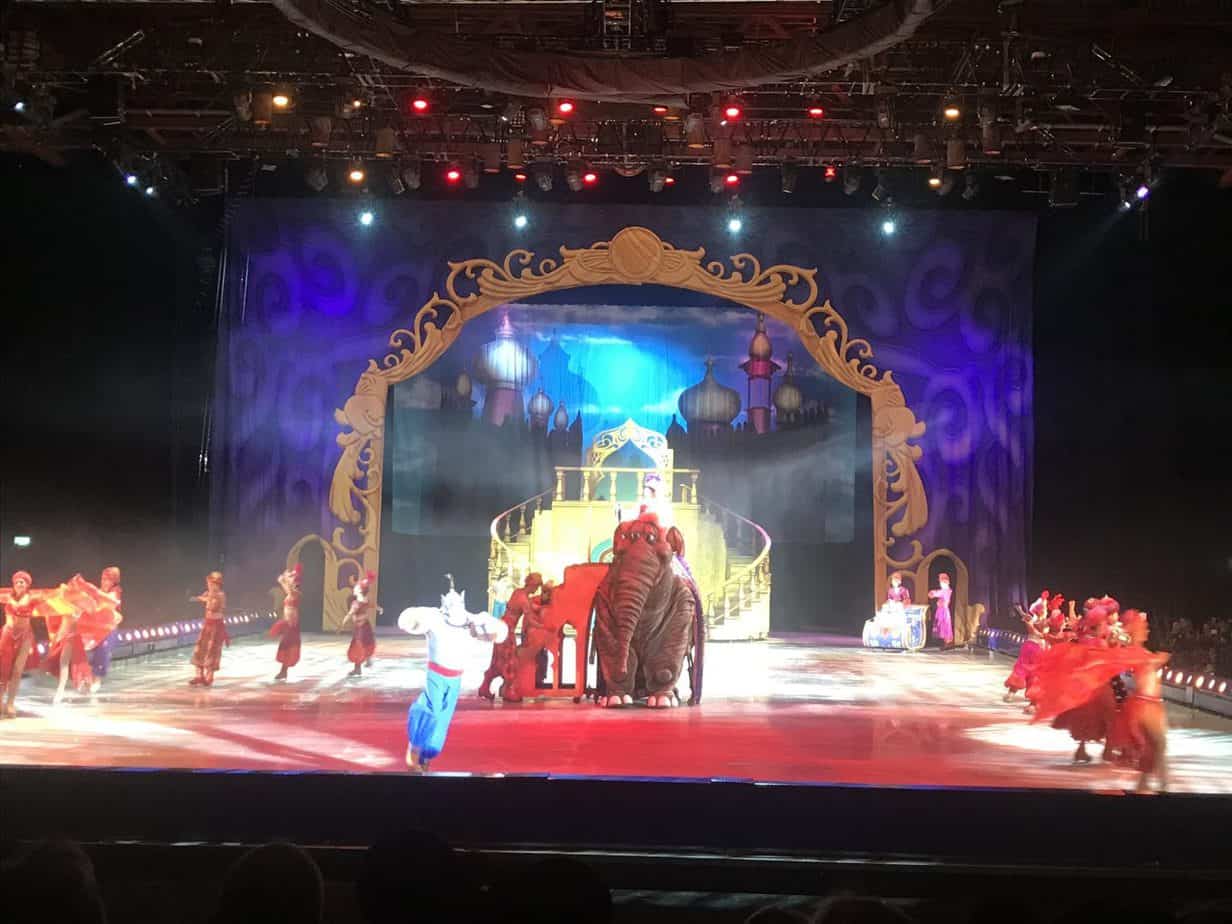 The streets of Agrabad during the Aladdin act

There was a short act of The Little Mermaid with Sebastian next with a lovely sea scene.  Rapunzel and Fynn then delighted us with ‘I see the light’ complete with a ceiling full of lanterns. 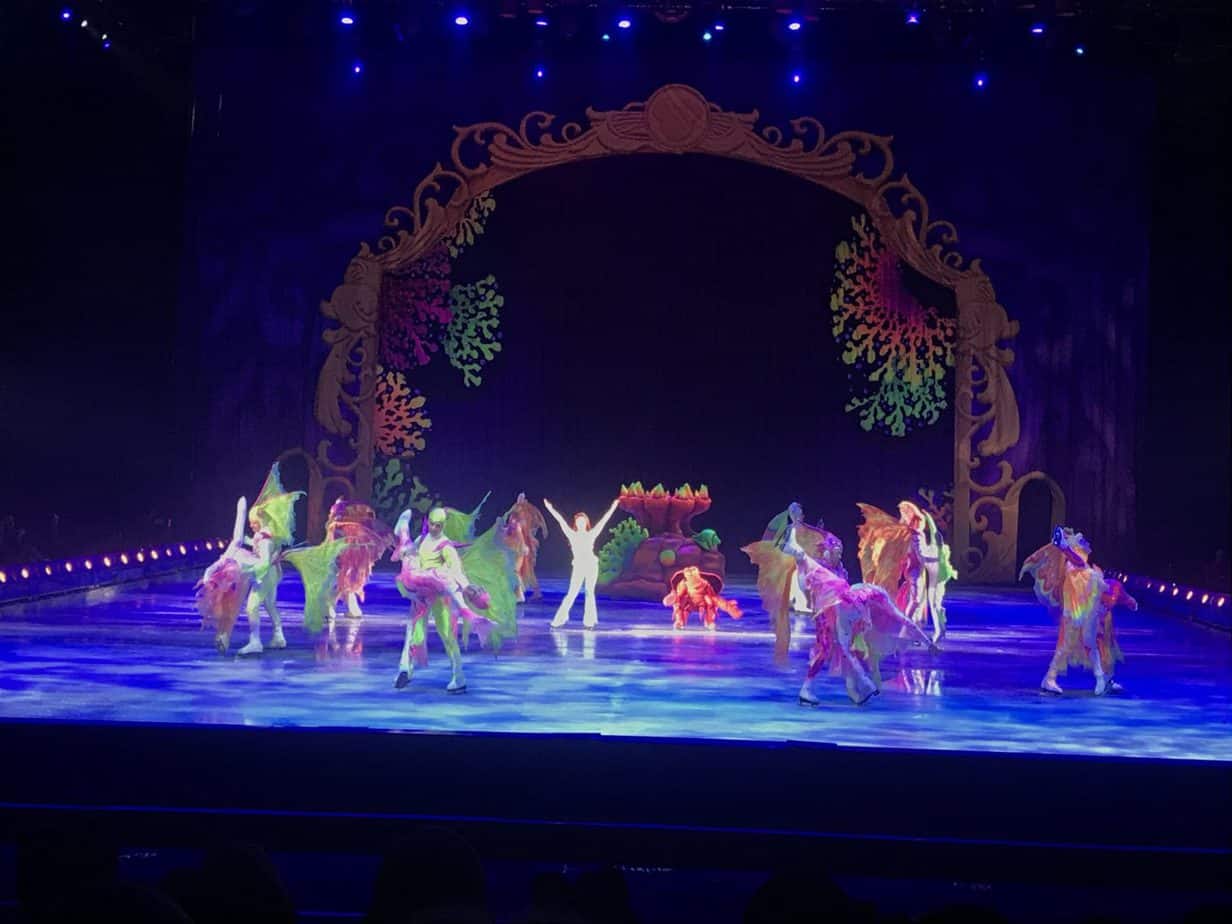 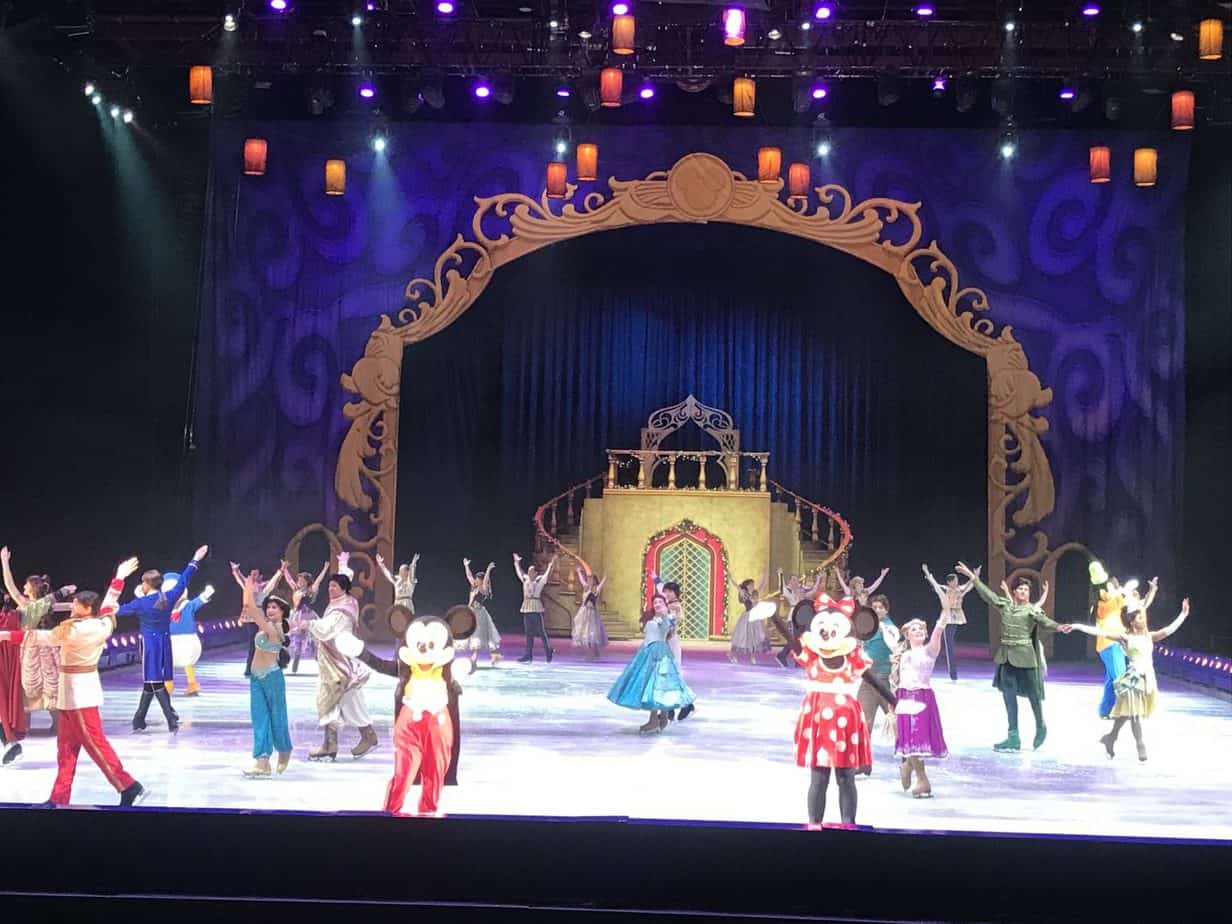 All the princesses and princes!

Prior the interval, all the princesses and partners took to the stage for a short act which was spectacular, especially as we got to see the likes of Mulan and Pocahontas!  But it wasn’t long before the stage was alive with skating and performing again, and this time, we welcomed Finding Nemo and Toy Story!  Toy Story is such a feel good movie, and this is exactly how it felt seeing the characters up on the ice performing some of the hit scenes. 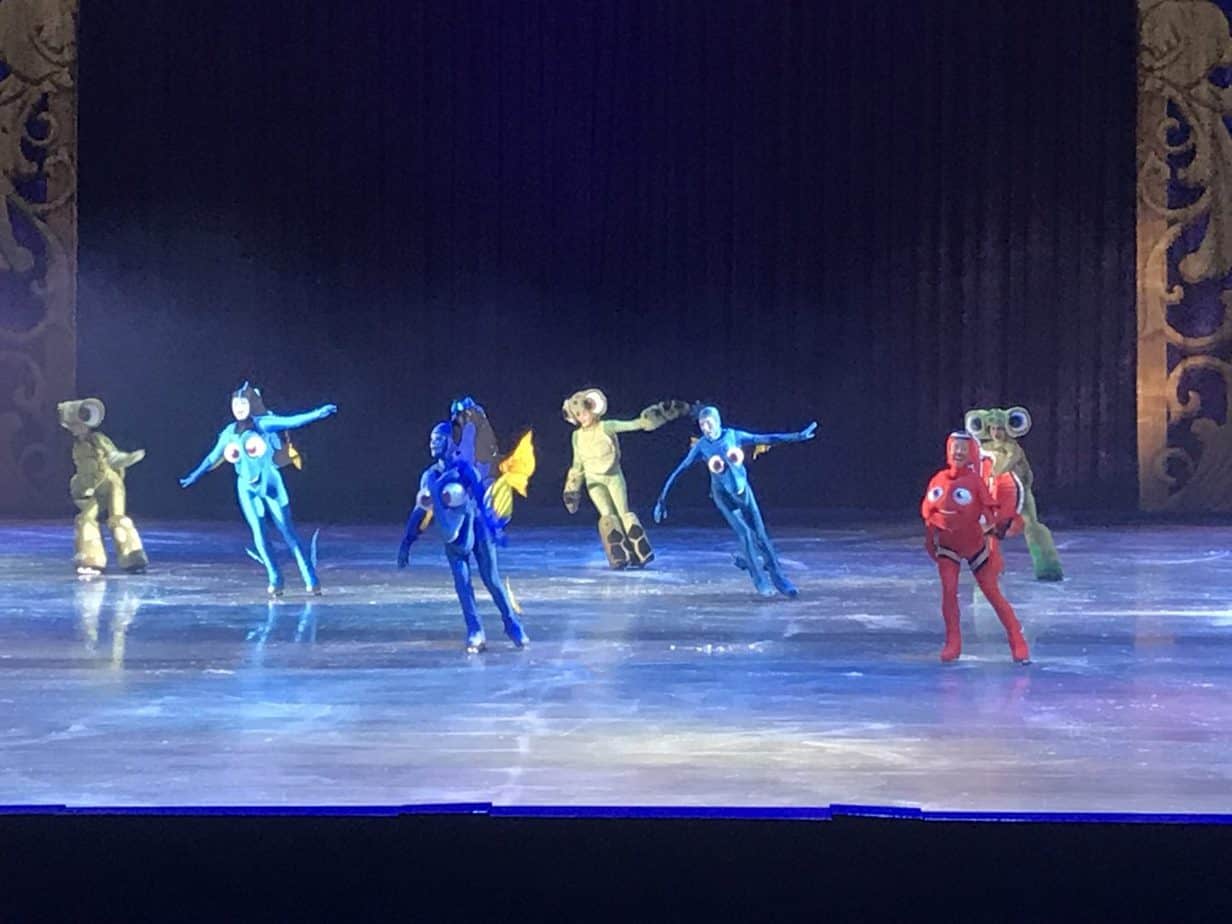 Finding Nemo was anew addition to the Disney on Ice Tour

The final act was of course Frozen, with the ever so STILL popular Anna, Elsa, Olaf and Kristoff.  Honestly, Anna was the best performer for me – her skating blew me away!  The fantastic skating, complete with  detailed props and all the emotion was a fantastic finale to The Wonderful World of Disney on Ice show – it really was so powerful! 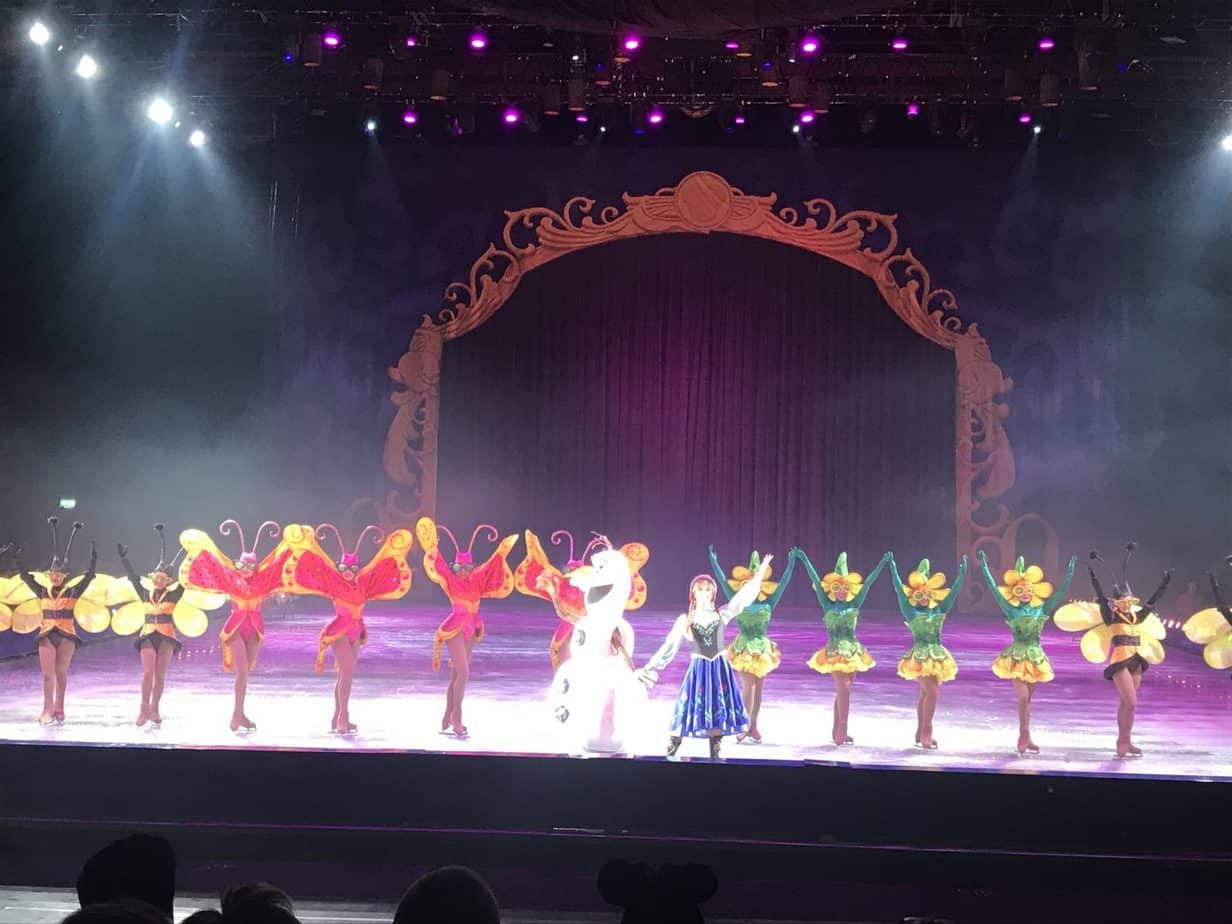 Anna And Olaf during their scene of Summer

A final farewell was given to the crowd from all of the characters of tonights Disney on Ice show, and it honestly was the best show YET!  If felt so magical with the new scenes and characters, incredible costumes and powerful music.  I am privaliged to have reviewed Disney on Ice once again – thank you! 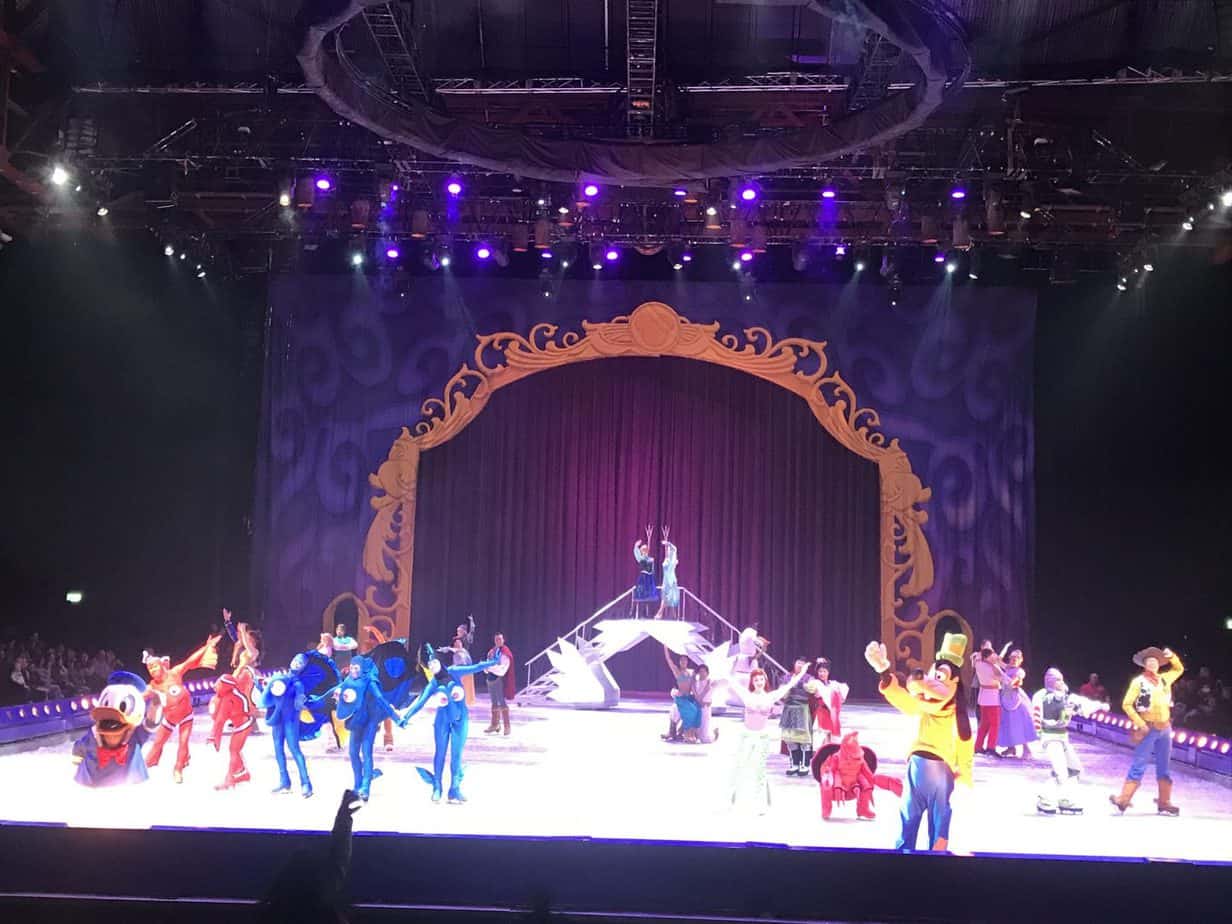 A final farewell from all the characters of Disney on Ice

You can see the full list of tour dates and ticket prices here.

*This is a collaborative post, and we were gifted our tickets to The Wonderful World of Disney on Ice Tour for the purpose of this review*

Get your kids active with Footiebugs Holiday…

A fun way to Explore with Treasure…